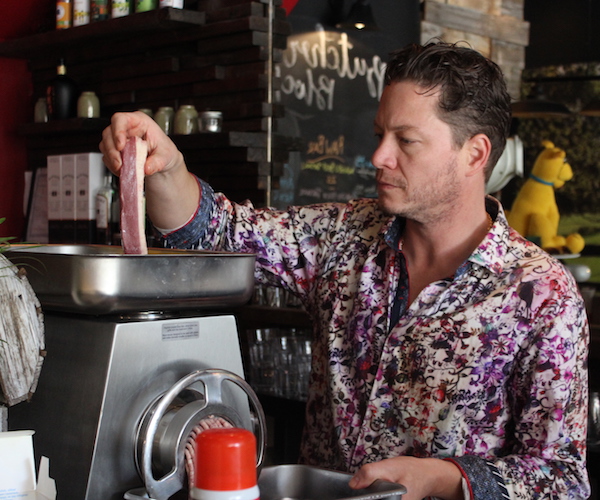 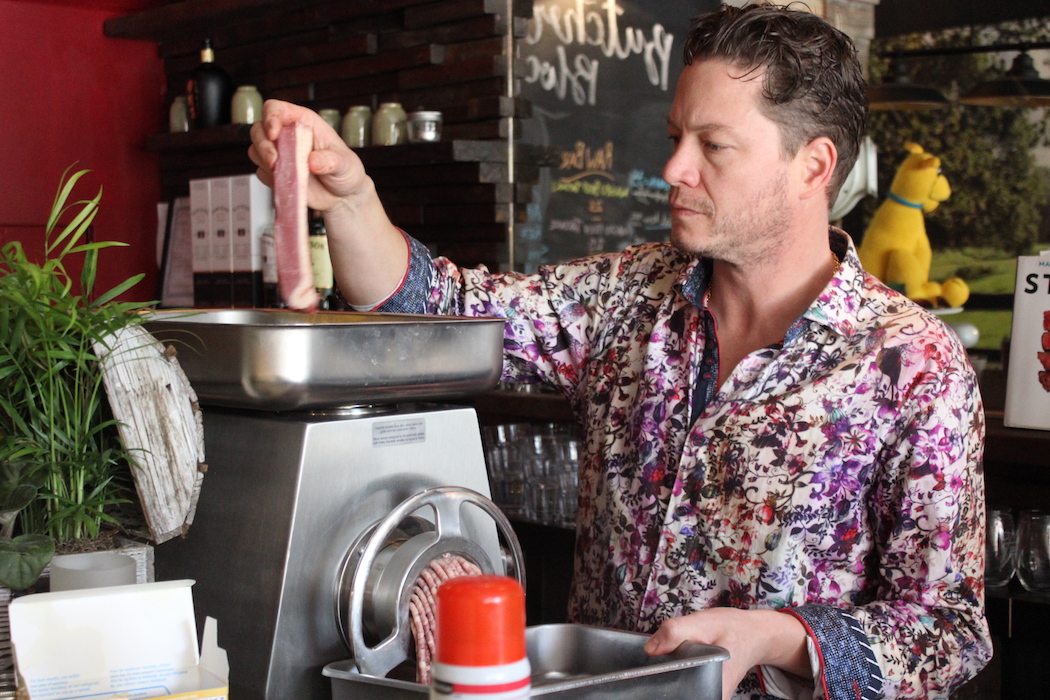 Cam Nelson feeds a magret into the grinder to make duck burgers.

Chef Cam Nelson wanted a break, a new thing. A twenty plus year veteran of the restaurant industry, with stints with the O&B Group and Mark McEwan to name a few, Nelson tried being a private chef and then the consulting business for a few years but found he missed working with his hands. As a native Albertan, Nelson has always had an affinity for beef, and as a high end chef he knew how to find the best animals, raised sustainably and with care, and what to do with them. So, he decided to become a butcher and open a butcher shop. It was a great plan, except for one thing… He explained, “I knew I could sell the ribeyes and the striploins but wouldn’t be able to sell the whole animal, so I’d have to do something with the other cuts and become a chef again.”

What Chef Cam Nelson actually did was open M’Eat Resto Butcher on Queen East in Leslieville. When Jamie and I visited him there this week, he descibed M’Eat as his “bar”, but there’s a lot more to it. I’d call it a neighbourhood gastropub, with a big wooden bar and wooden tables and chairs that features daily specials mostly made with the beef he sources exclusively from a Mennonite farm near Stratford, as well as local duck and raw seafood. He also has a monthly menu of vegan and vegetarian dishes, not just for those who would rather not eat meat, but also for those that would: “vegetables help you digest your meat.” There is also a thoughtfully curated wine list, a wide selection of Ontario craft beers (especially from Hamilton’s Fairweather Brewing Company), and a few spirits, mostly whisky. What he does not serve are elaborate cocktails: he says he doesn’t have the time to make them, because when he’s not overseeing in the kitchen, or welcoming guests in the bar, he’s butchering the whole animals for the menu and for the refrigerated case next to the bar for retail sales. As he said, with a smile, “I didn’t realize how much I would have to do: I am the processing plant!”

Over a sampling of Fairweather beers, Jamie and I asked Cam Nelson whether he was a butcher or a chef? He laughed and explained, “I am a meat babysitter.” Nelson was referring to both his role as meat ager and also to the simplicity of the M’Eat project. “Only three hands touch our cows,” he says, explaining his partnership with his farmers and abattoir. In fact, Nelson has bought the entire of stock of his main cattle farmer for the year. He spent months interviewing prospective farmers, looking for a source that didn’t feed their cattle with GMO feed, a difficult task in this age of Big Agriculture. Since his main source is a mixed farmer, who only raises five dozen or so head on his own pasture, and grows his own heritage breed corn, Nelson’s project is focused and committed to supporting his suppliers. Jamie remarked that M’Eat wasn’t a standard butcher shop, and he agreed, explaining that he often sends people down the street to the Butchers of Distinction if he doesn’t have what they want. An increasing share of his sales, Nelson explained, come from his restaurant customers, who will by a cut on their out. 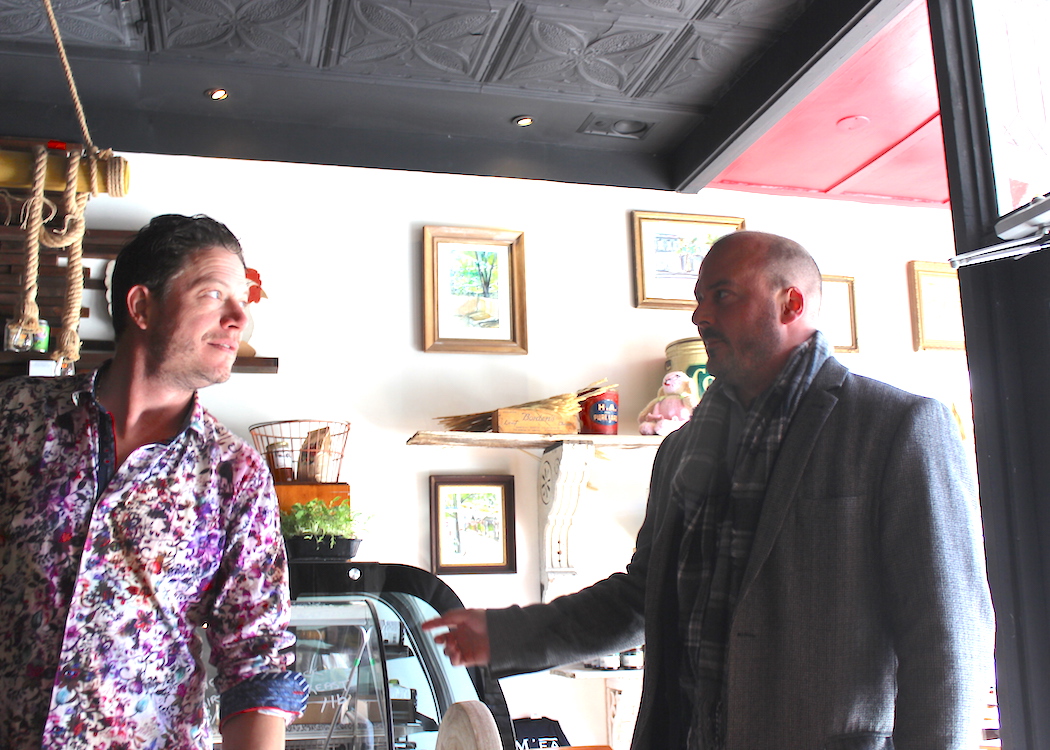 Cam Nelson greets Sommelier Will Predhomme, in to order beef for an event, at M’Eat Resto Butcher.

Apart from a career change, Nelson says the inspiration for M’Eat is also to get people away from industrially raised meats and appreciate sustainably raised beef. He bemoans modern, large scale cattle farming, declaring that over their short lives, the animals “are full of antibiotics, growth hormones and dope, because they’re so stressed out.” He practices a flexible pricing policy, depending on the character of the cut he’s selling or putting on the menu, explaining that different animals, at different times of the year can vary. He also said he’s trying to keep prices down to reach as many people as he can, so that good meat isn’t just for the wealthy. He adopted the same philosophy for his short wine list of mostly smaller producers from France and Italy: “I’d rather people feel comfortable ordering a bottle – we serve our food family style, so it just makes sense.” 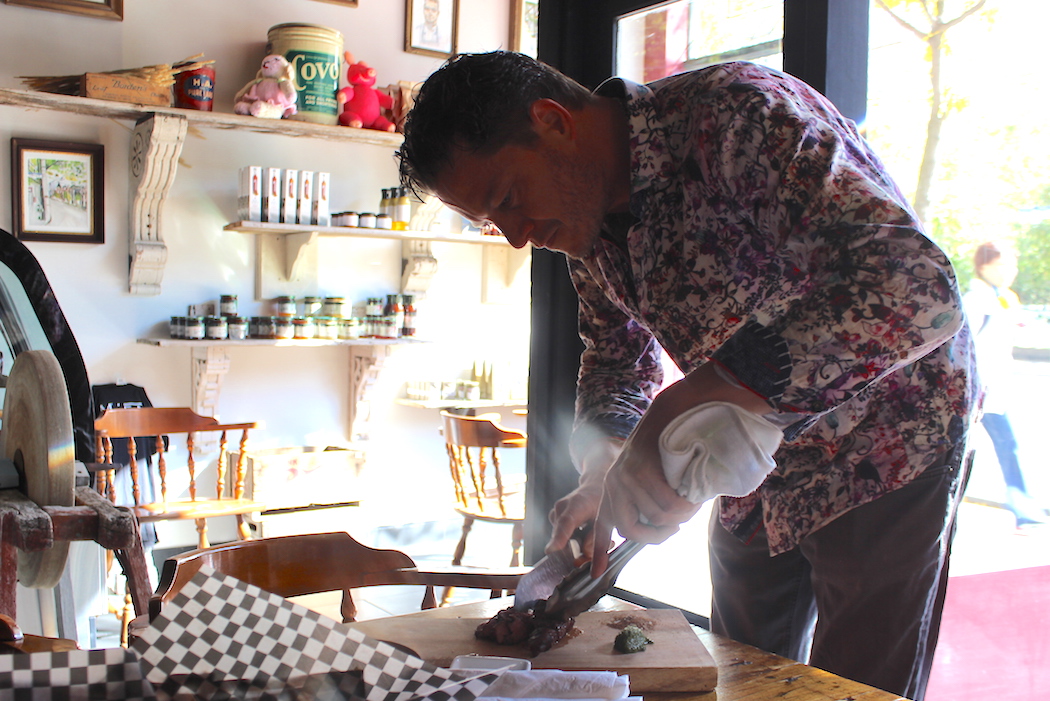 Nelson brought us some beef to try. First a Wagyu Bavette, sliced and served on the side with chimi-churi and a salt and spice mixture from Brazil, where he lived for awhile. For a Bavette, a flavourful but sometimes quite chewy cut, the meat was exceptionally tender and rich in meaty, fatty mouthfeel. This sounds silly, but it was just beefier than a standard steak. It was really good. Then we tried a trio of burgers: duck (sweet and rich), water buffalo (slightly earthy) and more Wagyu. Like the steak, the burgers were simply dressed, so the flavour of the meat was the focus of the palate. Nelson explained that when he started professional cooking his first mentor chef told him, “Chefs are not magicians, let the ingredients be themselves.” On his business card is printed his motto: Salt, Pepper and Love.

M’Eat Resto Butcher has a website at meatrestobutcher.com and is open for lunch and dinner Tuesday through Saturday. 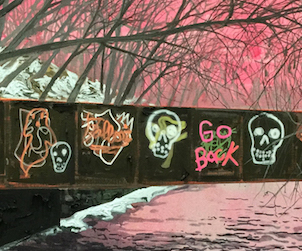 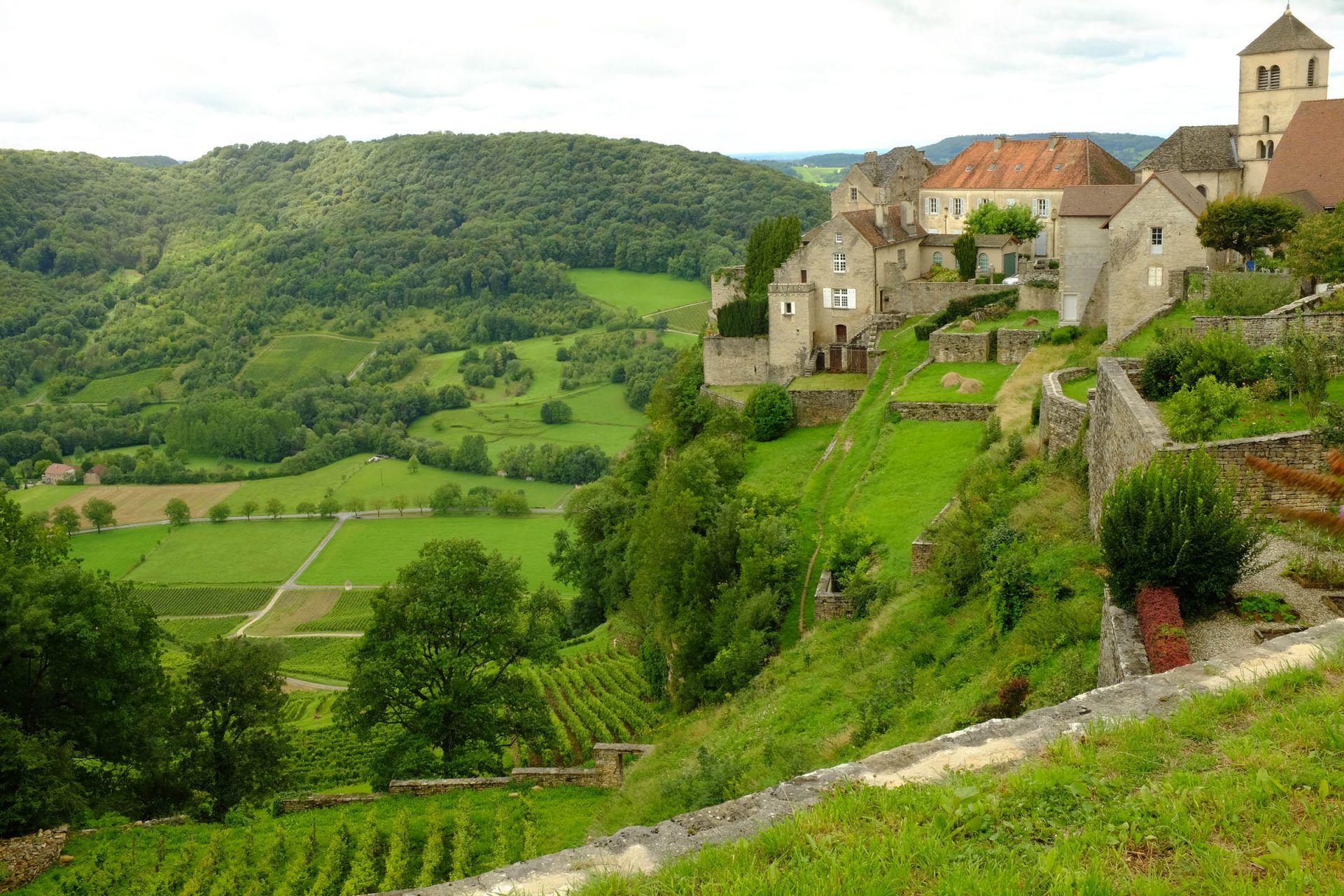 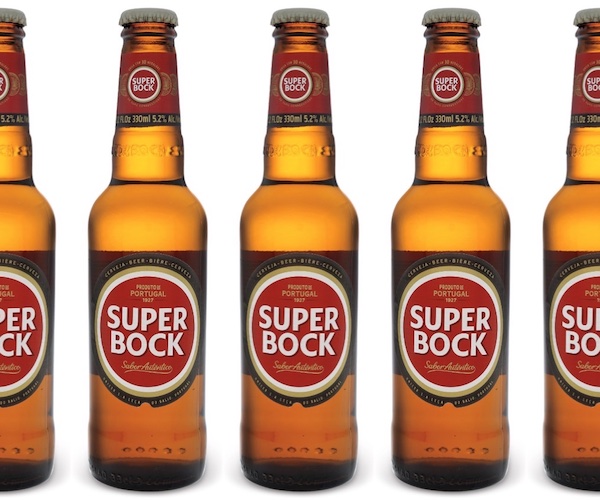