Some Dim Sum at Ginger and Onion at The Pacific Mall, Markham, Ontario.

Introduction
My good friend Nick Liu and I are on the Drake Sky Yard getting into a heated/drunken discussion about our favourite Dim Sum places. Two Asian dudes talking loudly about har gow and siu mai is bound to attract some attention and inevitably, a crowd gathers and, wait for it, here it comes “Hey guys, where is the best place for dim sum in Toronto?” According to Nick, the answer is, Markham.

A Little History
Dim Sum is not the equivalent of the all day breakfast or brunch found in diners, greasy spoons and wannabe restos with ridiculously overpriced pretentious and pun filled menu items. Flipping eggs is infinitely easier than being able to produce the vast array of intricate and delicate delectable’s listed loosely on poorly translated scribble pads. But, I digress…..
As most culinary history is shrouded by a veil of mystery and further confounded by some lay historian’s interpretive flair, the origin of these bite size morsels is as varied as the flavours now found on rolling carts all over the world. But one thing is for sure, Dim Sum was invented by the Cantonese. Loosely translated, the term Dim Sum means to “touch the heart” which is the Cantonese way of saying “it’s just a snack” as opposed to some airy romantic notion à la Crouching Tiger Hidden Dragon.

First introduced in the growing number of tea houses along the silk route, dim sum was a quick snack to be enjoyed by labourers who worked various menial jobs related to the trade of fabrics and other merchandise. On this point, there is little to no debate. However, as we move along, there is almost no consensus on how it exploded into what even my Jewish friends describe to me as their family’s weekend tradition. In any case, the Cantonese Diaspora has carried their traditions to all of its communities around the world and it is not surprising that their food would be a significant part of it.

The Taste Test
It is fortunate that Canada and especially Toronto is home to such a vibrant ‘Chinese’ community. All corners of the Asian world are represented in this Mosaic of ours so I enlisted the help of my aforementioned friend Nick and his cousin Craig Wing-King for some Asian contrast to my own Korean roots. Both Craig and Nick hail from the Hakka group which is famous for adapting local flavours wherever local happens to be for them which in this case, is Markham. Henceforth, we set off to put their bold claims to the test.

A scant 23 minutes from downtown Toronto, Markham is home to a large community of restaurants that cater to the taste of almost every culture and caprice. Largely due to the influx of Asian migration in the past two decades, this quiet suburb has become the Mecca for everything from cheap designer goods to century eggs. With wide avenues and ample parking, it boasts easy access to an impressive array of items from all corners of the globe. But make no mistake, the Chinese lettering on signs and businesses dominate the landscape. And from the seemingly limitless amount of choices available, here are our picks and pans for Markham’s Dim Sum scene.

Ambassador: 280 West Beaver Creek Rd., Richmond Hill, 905-731-5570
This slick operation has been written up in more publications than any single restaurant regardless of category. Well known to both locals and urbanites alike, the Ambassador boasts a knowledgeable and customer friendly staff ever at the ready to offer suggestions and advice in both English and a variety of dialects. Smartly uniformed managers monitor the room’s activities and the large, clean and bright dining room allows clear views of the busy parking lot outside. Definite must haves on the menu are the steamed dumplings of various flavours as well as the braised ribs in black bean sauce. If you get stuck or can’t remember the name of the dish that you had somewhere else, the menu is pictorial which makes it easy to act like an expert amongst your gwai lo (nice white people with big rounded eyes and large feet) pals.

Ginger and Onion 7131 Kennedy Road, (905) 479-7730
When two great things come together, the result is often greater than simply the sum total of the two parts. Ginger and Onion (two great things already) sits directly across the main parking lot from the Pacific Mall which is reason enough to get your ass in the car right this minute). And if this wasn’t reason enough check this place out, it is also one of the cheapest places I have ever had the pleasure of eating at. With an army of rolling carts steaming around this expansive room, the line-up on weekends is a testament to the adage that if you give the people cheap decent dim sum, they will beat a path to your door (or is it the better mousetrap?). The culinary highlight of our trip was the oversized dumpling in soup as well as the chicken feet. Go early and with the reasonable prices, you will go often. I saved so much on my meal that I bought a brand new pair of frames and lenses at the mall minutes after my last bite.

Spring Villa 7301 Woodbine Avenue, (905) 940-2888
Billed as the crème de la crème, Nick invokes the name of his Auntie Lucille (aka the highest and most discriminating standard) when he talks about the Villa (as well as Lai Wai Heen at the Metropolitan Hotel). This is where the VIP guests are taken when they come to the area and is a hot spot for the well heeled and moneyed ladies who lunch. So, and like all things truly Asian, the more expensive a place I take you to, the more important you are and the more important I am for taking you there etc., etc., etc. You get the picture. The food is good but Spring Villa is more about impressing someone as opposed to the selfish and purely gluttonous activity of finding the best for less. Remember what you are really paying for when you sit down: face (this is a complicated and nuanced element of a number of South East Asian Cultures and I simply don’t have the time to explain it to you so go and Google it).

Celestial Court at La Rosa Grande Hall 25 Lanark Drive, (905) 940-1133
The hands down winner of our sample group, also wins for the worst name: Celestial Court at La Rosa Grande Hall. Really? Nick explains that it used to be an Italian restaurant and banquet hall which is now owned and operated by the same people from the Ambassador. But unlike their flagship location, they have opted to keep the European banquet hall charm of the original trattoria all the while serving some of the best dim sum I have ever had. The Sui Mai and Har Gow (which we sampled at every stop) was succulent and bursting with flavour (ditto for all the other dishes that we tried including the chicken feet). We were also impressed with the level of service, the pimped out washrooms (trust me on this) and ultra clean seafood tanks. Tops marks all around.

Din Tai Fung 3235 Highway 7, (905) 943-9880
As much as Dim Sum is a Cantonese invention, it has an interesting counterpart that hails from the city of Shanghai and can be found at Din Tai Fung. If the show is the thing, then having a guy stretch and string fresh rice noodle right before your eyes is the three ring circus of dim sum. But don’t expect to find the familiar items so nicely blocked on order-it-yourself pads. This is an entirely different animal from the others. There are more fried items available like spiced pancakes and pot-stickers indicative of the heavier European style fare favoured by the Shanghainese. Meat and pork are prominent on the menu and quite a few items come with choices of fillings or stuffings. We didn’t try the noodles, but in my experience, any place that puts the effort of getting a guy sweating his ass off behind a glass partition, isn’t trying to reach for the middle. While the dim sum was not entirely to my taste, Din Tai Fung merits an honourable mention and is worthy of another visit.

In closing, while I feel that there are some places of note here in Toronto (Rol San on Spadina, north of Dundas and Lai Wai Heen in the Metropolitan Hotel), we are woefully lacking in both the quantity and the variety of choice so abundant in Markham and the outer lying areas of the GTA. Now I am not going to say that Markham is the best of the best as there are other boroughs in the running for the title of Best Dim Sum in Toronto. But until my friends and I have eaten our way through them, Markham definitely makes the short list.

Chicken feet and dumplings at Ginger and Onion. 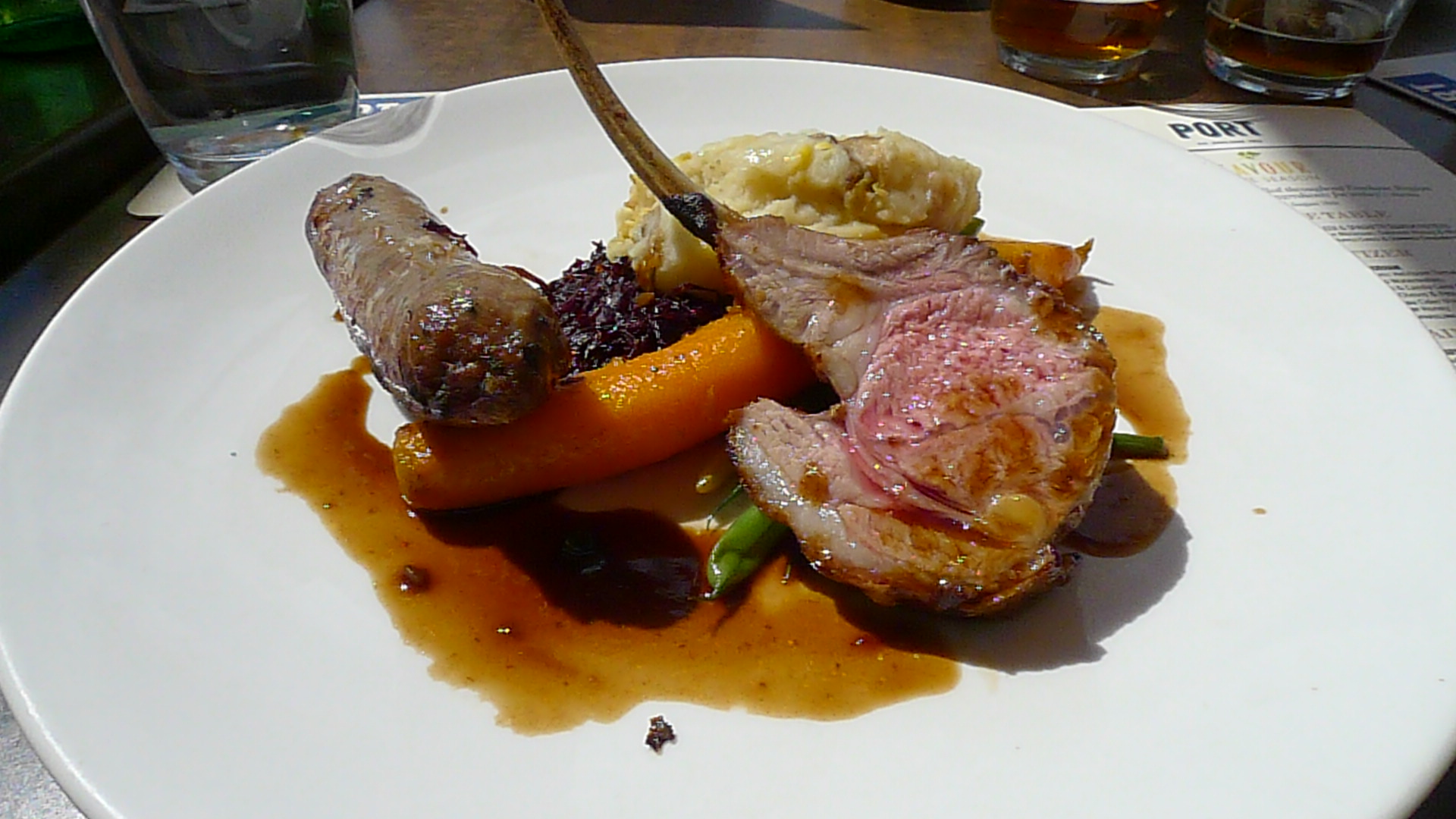 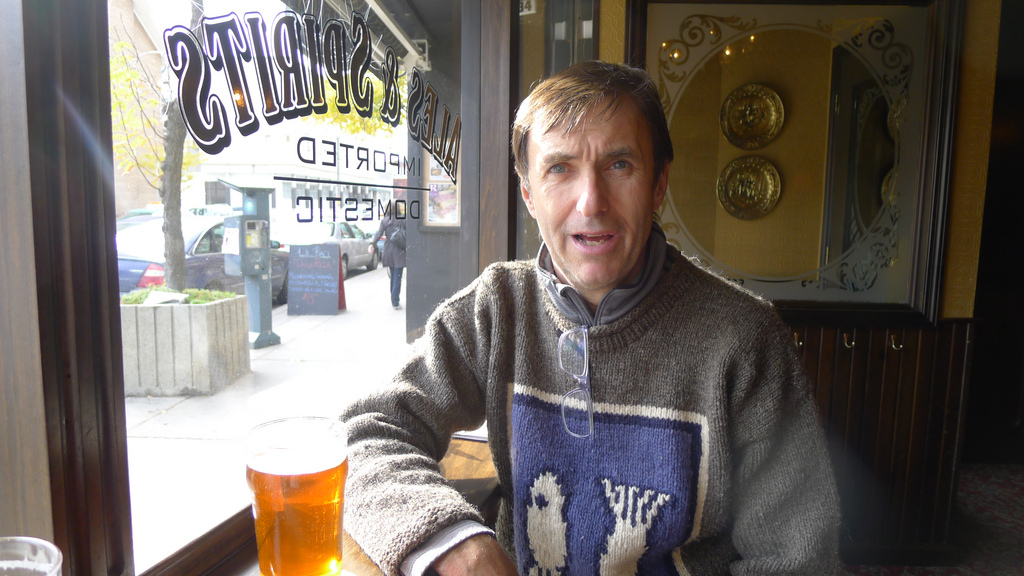 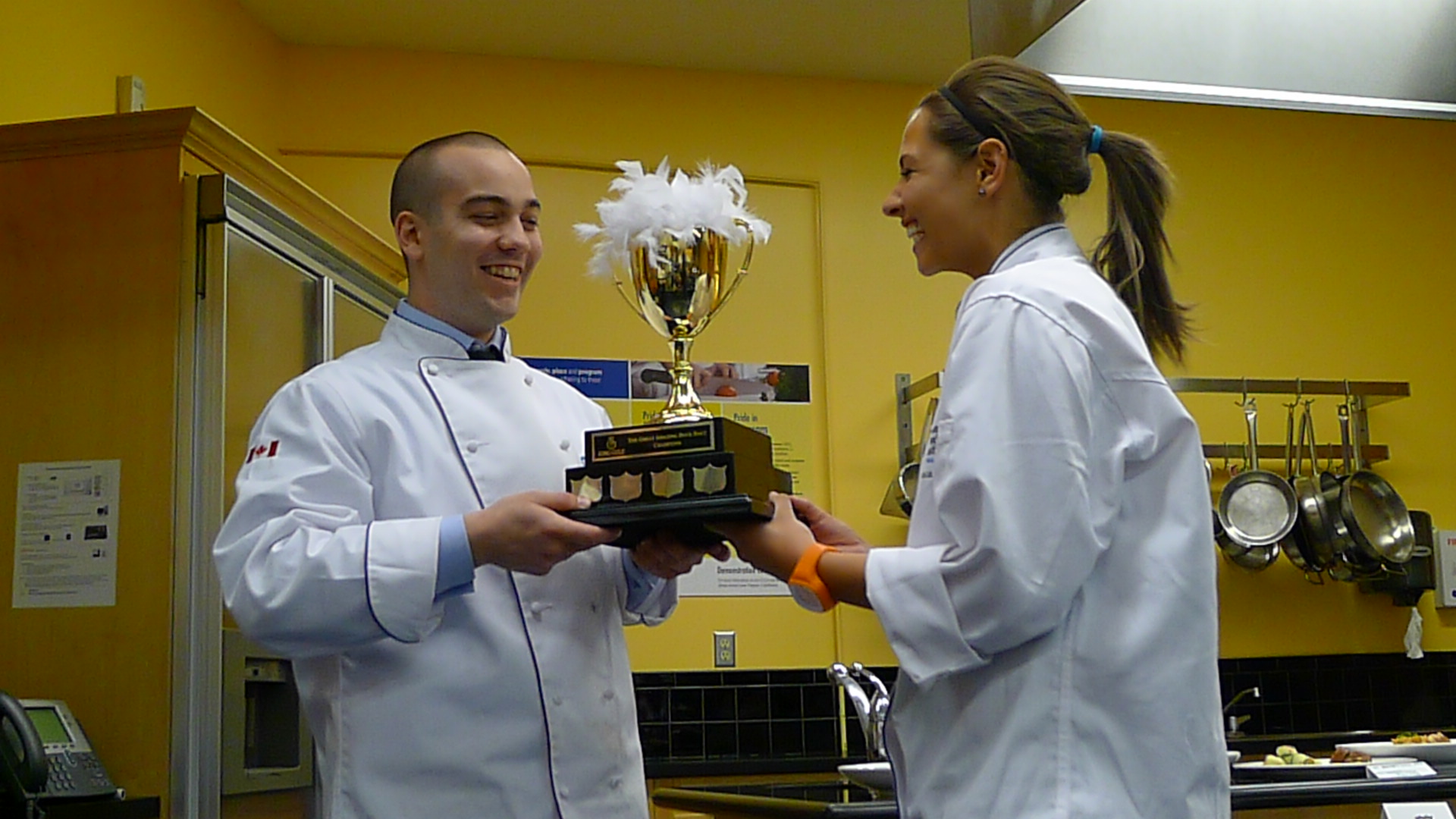 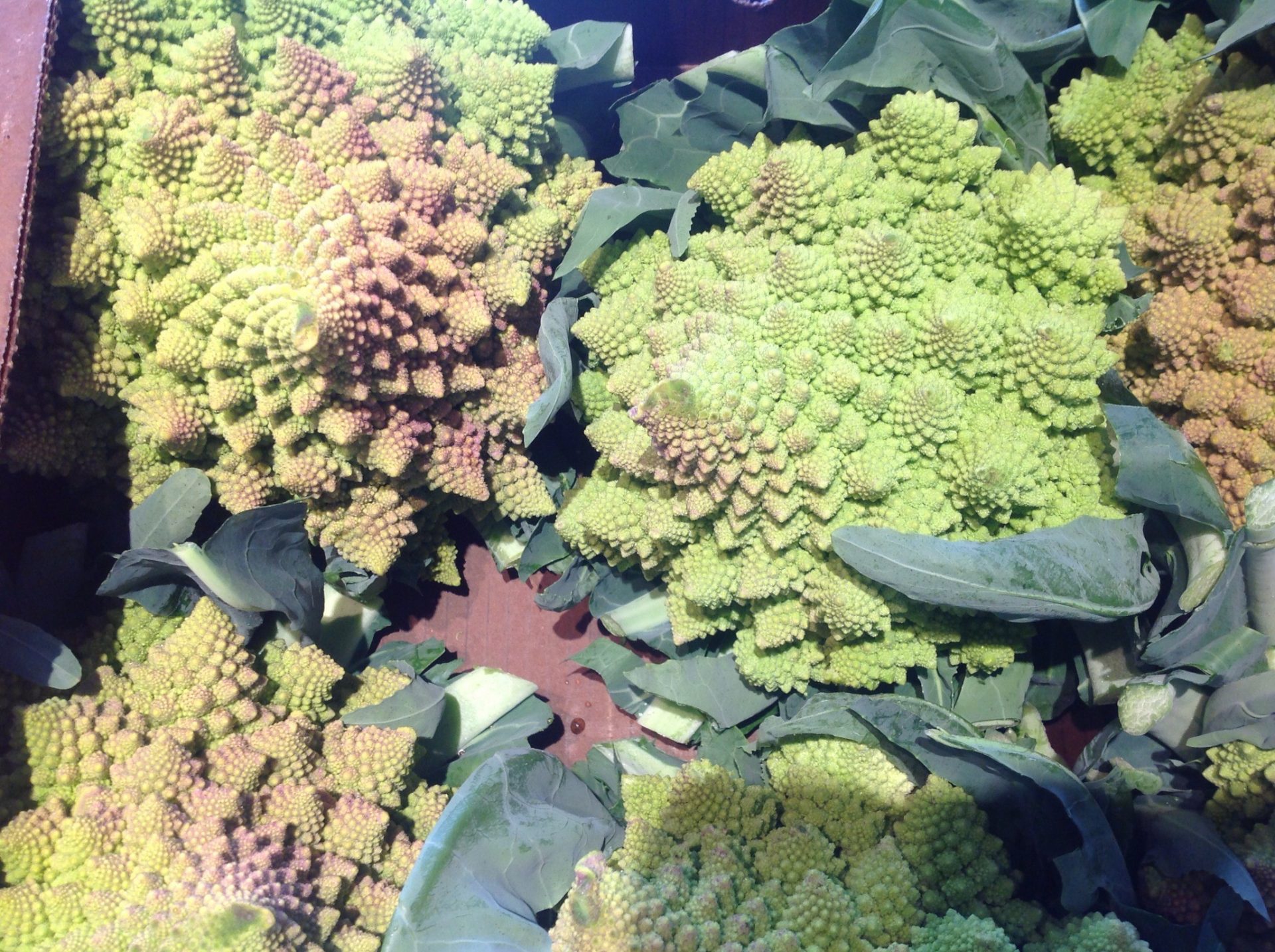