Emily Pearce-Bibona is the Best Sommelier in Ontario in 2017 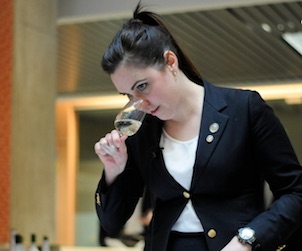 Emily Pearce-Bibona will represent Ontario at CAPS’ national sommelier championship in BC. 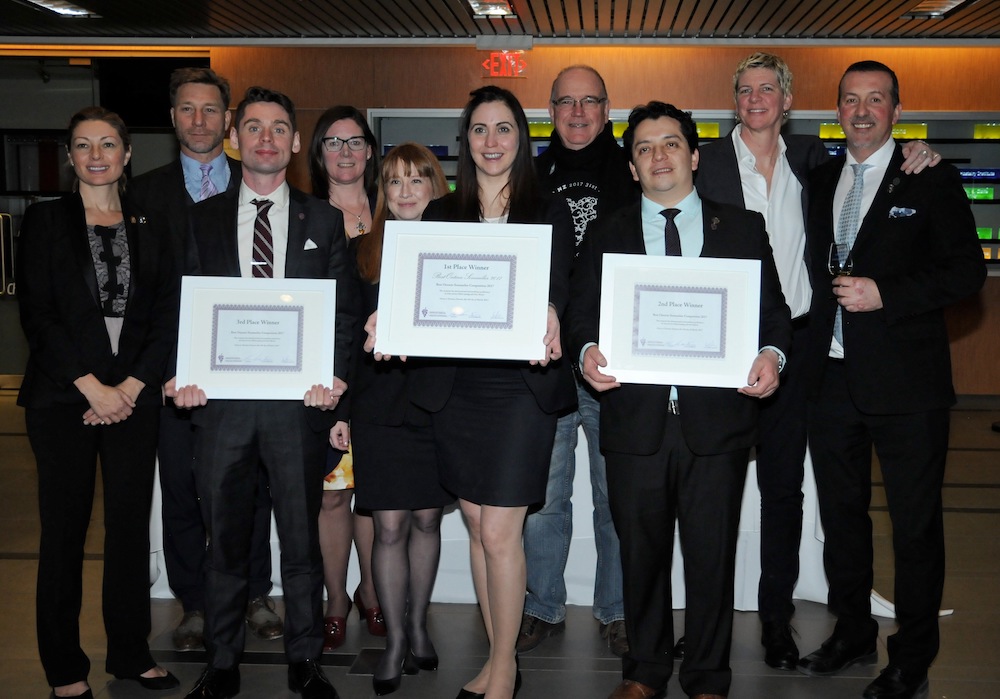 Emily Pearce-Bibona emerged as the ‘Best Ontario Sommelier’ for 2017 at the eponymous named competition held by the local chapter of the Canadian Association of Professional Sommeliers (CAPS) last Sunday. CAPS President, and accomplished sommelier, Sara D’Amato described the competition as “an exciting and very tense day,” explaining on the phone to GFR that contestants started at 8:30 in the morning to write exams on theory and blind tastings from which three finalists were selected anonymously to compete by performing sommelier tasks for an hour each. It wasn’t until about 7pm, D’Amato estimates, that Pearce-Bibona narrowly prevailed over second place finalist José Luis Fernandez of Quatrefoil restaurant in Dundas, and Nathan Morrel from Bar Isabel.

Pearce-Bibona, who was profiled on GFR here last year by Jamie Drummond, can be found pouring wines in Toronto out of Barberian’s famous cellar, consulting and studying for both of the wine world’s highest certifications: Master of Wine and Master Sommelier. Pearce-Bibona was further enhanced by winning the competition’s Lifford Wine and Spirits Award for Best Taster, presented by honorary event judge and sponsor, Steven Campbell of Lifford Wine and Spirits. Other sponsors included VQA Wines of Ontario, Inniskillin/Constellation Brands, Andrew Peller Limited, Napa Valley Vintners, Wines of Germany, WineAlign, Southbrook Vineyards – sponsors of the event luncheon – and The Siren Group Inc.

I caught up with Emily Pearce-Bibona on Tuesday on the phone to discuss her wine and the competition for the interview below, which has been edited for length, clarity and style.

Good Food Revolution: My question to you is how does it feel to be the Best Sommelier in Ontario?

Emily Pearce-Bibona: Ha! I think I need to qualify that as “2017”. There are so many talented sommeliers that there is no way that I can claim that title in any absolute sense. But, as for winning the competition? It’s pretty great! I’m not going to lie: I’m really happy. I was looking forward to competing since the last competition, working towards it, and training for it. So, it’s a phenomenal feeling.

GFR: Of course, you’re not done. You’re going to BC in the fall for the national championships.

EP-B: I know! We’re just getting warmed-up. I’m going to Vancouver and I’m really excited about that.

GFR: So how do you win sommelier competitions? What’s the secret?

EP-B: What’s the secret? Gosh. That’s a really difficult question. I try and remember what one of my favourite people in the food industry said. Chef Thomas Keller talks about the ‘Three P’s’. First, preparedness, which means really taking a lot of time to to study and to learn your craft and your skill. Second, practice, which means understanding that you’re never going to be perfect, but the more you practice the closer you can get. And third, perseverance, which means believing in yourself, saying to yourself that you can do this, never letting anyone say that you can’t, and just going for it. So, I try and keep the three P’s in mind, and I think they translate into competitions as well as certifications.

GFR: How much do you know about what you’re going to be presented with, I mean in terms of the tasting component of the competition.

EP-B: Nothing. I do know that what we’ll be tasting will be made from grapes. And, it will have been made somewhere on the planet Earth, but that’s it. It could be two wines, it could be four wines. It could all be made from the same grapes… you really have no idea. That’s an important thing to remember when you competing, because the more you try and think about what it could be, the more you try to game it, which is the worst thing you can do. In the finals, they gave us three Pinot Noirs. Typically they don’t give you three of the same varietal, so I was thinking to myself: wow, three red wines made from thin skinned varieties… what could they be? If I thought that they all couldn’t be Pinot, I could’ve ended up in a different place. You have to look at each wine individually and think this could be absolutely anything.

GFR: Your career in wine is a second career. Was there a point where you had a sip of wine and you just thought, that’s it, I have to do this and devote myself to this drink?

EP-B: Or my life will end, right? [Laughs.] No, I don’t think I had that ‘aha’ moment with a specific wine. I do remember the first great wine I had. It was back in the day at Jamie Kennedy’s Wine Bar on Church. It was a glass of Pinot Noir. I don’t remember the producer. I don’t remember the vintage. I don’t even remember where in the world it was from. So, this maybe not really the best story, but I do remember tasting it and thinking wow, I had no idea wine could taste this way. It was so complex, so elegant and had so many layers.

And yes, this is a second career. I came to a point in my life where I was working for the government but moonlighting at Terroni and came to that Rubicon in my life where I had to decide if I was going to cross it. Being a sommelier made me passionate and made me want to get out of bed every day. But it was a scary decision and a big jump.

GFR: Why do you compete? It seems like a lot of work and stress.

EP-B: Good question. I think competitions are great practice if, like me you are pursuing any kind of certification. You get to hone your skills in service, tasting and theory. It provides you with an outlet, or a goal for all of your training. It can be challenging if you’re studying and training and there’s no end in sight, so these competitions can provide you with motivation to hit the books and practice and collaborate with others. And it’s important to be part of the community and work with people and be part of that. The competitions are a great avenue for meeting other people in the industry, working with them, competing against them in that friendly rivalry way. In completion, everyone loves what they do and is committed to learning more. So, now I am really looking forward to competing in Vancouver. 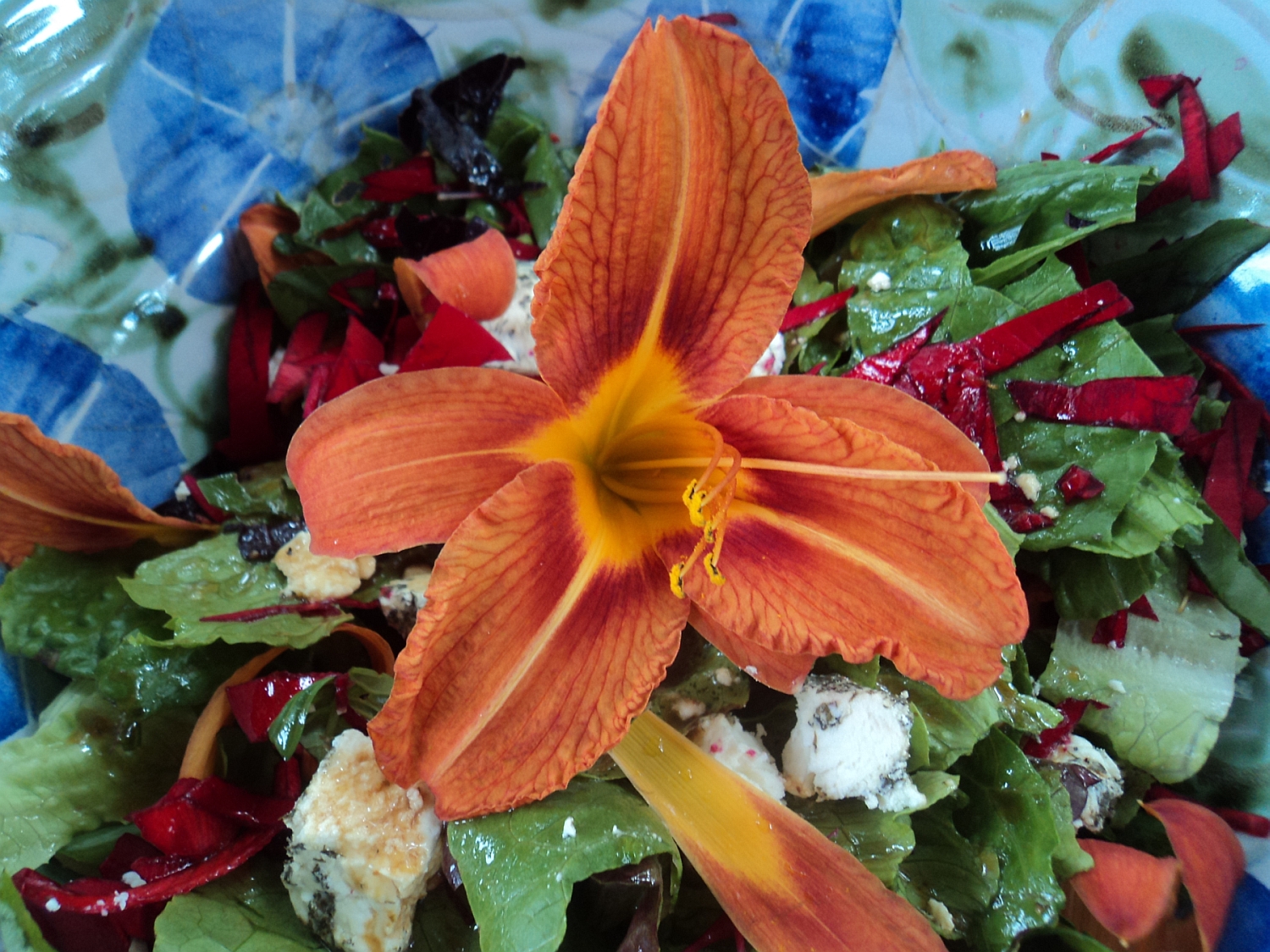 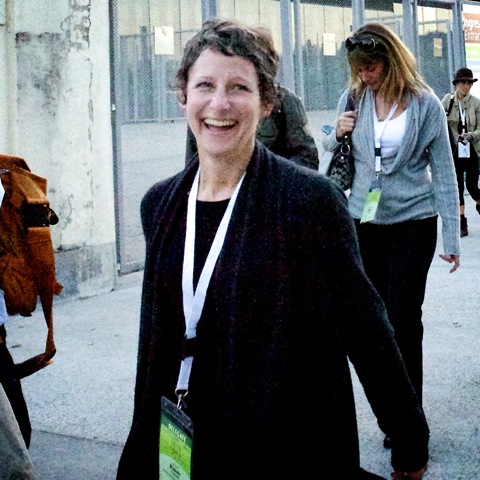 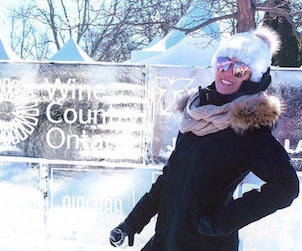 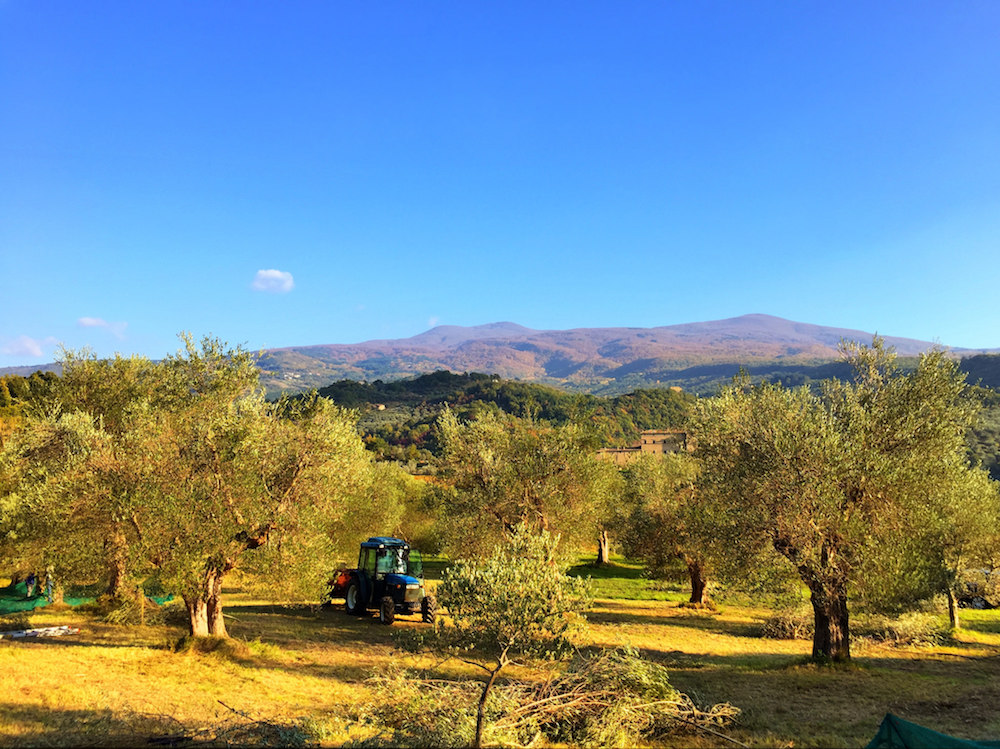 Bringing Terroir Talk To Tuscany : In Conversation With Charlotte Horton