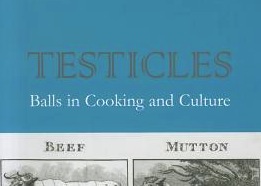 It’s that time of year again when we search the stores, both online and off, for our favourite Good Food Revolution holiday gift ideas… This week GFR’s Jamie Drummond lists off some of his favoured selections for giving this season. 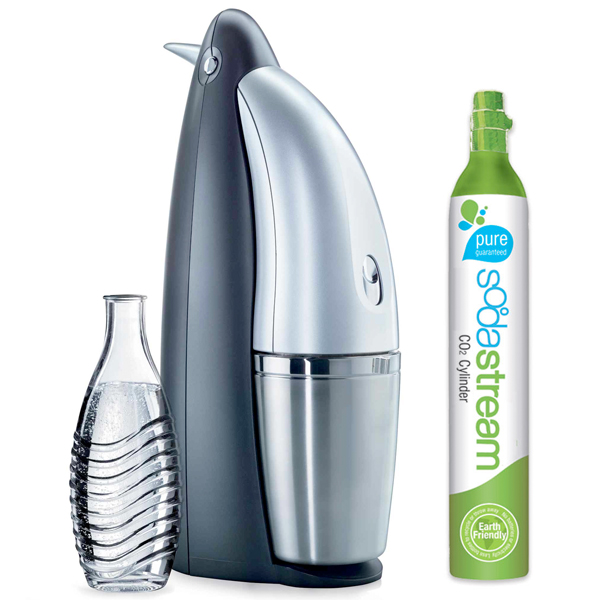 Earlier this year we purchased a Sodastream Penguin, and have been using it religiously ever since. Despite being a household staple in many a UK home in the 1970’s (not ours I must add), they seemed to have  vanished off the face of the earth everywhere but Sweden for a couple of decades.

Sodastream have been making a bit of a resurgence as of late and this luxury Penguin model is the veritable Rolls Royce of the line. Yes, it still makes that vaguely unsettling noise when you overpressure the unit, and you have to use special custom built carafes, but all in all we are extremely happy with it and the way it has helped to reduce our carbon footprint.

I’m not sure that it actually saves you money, as on top of the initial cost it works out to approximately 25 cents a litre, but personally I much prefer gassing up tap water rather than purchasing innumerable bottles of mineral water from Italy.

The unit comes fully charged with one gas canister and with one special glass carafe, extra carafes being available for $18.99… and it’s probably best to get an extra just in case you get a little overambitious with your recycling.

A warning though… never try to recarbonate that can of almost flat root beer that has been sleeping in your fridge. Dangerous. 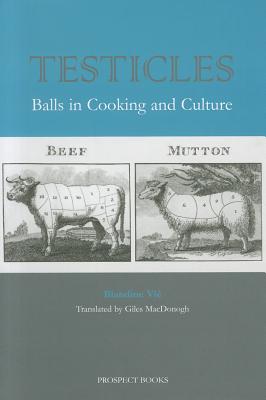 Testicles (Balls In Cooking and Culture) by Blandine Vié (Prospect Books): $41.95  from The Cookbook Store

Last Xmas Day my partner in crime at Good Food Revolution was kind enough to give me this rather interesting book as a present. As I have a list of books to be read as long as my arm, it took me until this Autumn to get around to reading right through it… and I have to say that I was rather impressed.

At first I thought of this modestly sized tome as perhaps a bit of a gag gift, but then came to realise that as well as being a bona fide cookbook, gathering testicle-based recipes from around the globe and across the centuries, it serves also as both an exercise in cultural studies and as a ball-based thesaurus.

Whilst the very idea of having testicles in one’s mouth may be off-putting for some, Vié selects some esoteric recipes that make one want to rush out and ask a butcher if he can get a hold of some goat’s balls. Although I’m not going to tell you about the name he gives to the recipe where he skewers goat’s testicles and kidneys…

If you have any doubts about the subject matter then we suggest you watch the sizzle reel for GFR favourite Jennifer McLagan‘s upcoming show Odd Bits where she prepares and cooks testicles with Parts and Labour’s Chef Matty Matheson. 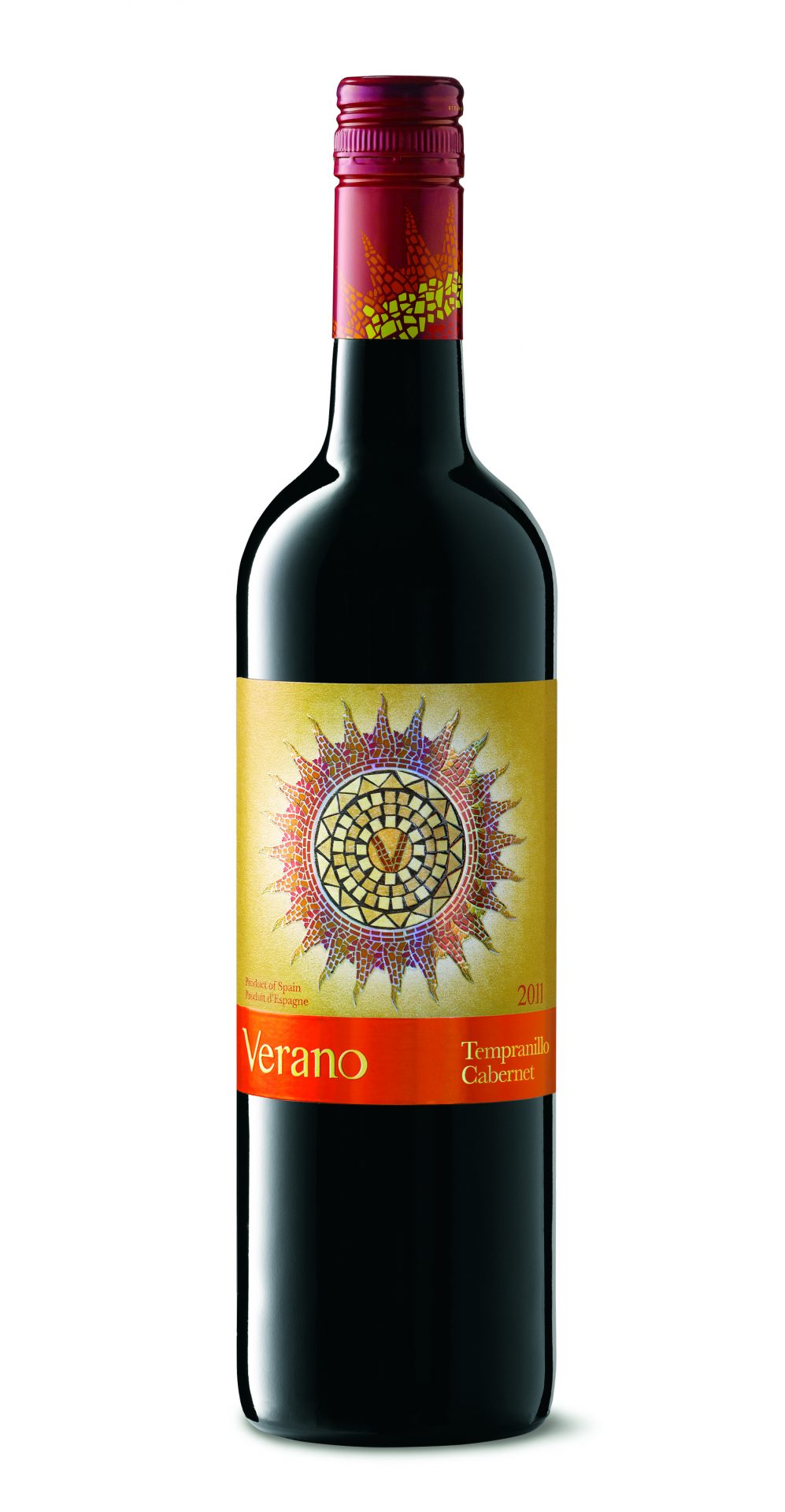 The story behind this wine is rather fascinating, some may say controversial, and what’s more I had a small hand in its genesis.

Last Autumn Winemakers Heidi Montgomery (Peller) and Craig McDonald (Hillebrand) travelled to Spain to speak with producers who had previously been supplying bulk wine to be used in Peller’s various Cellared in Canada wines. The concept was that Heidi, with assistance from Craig, would make a wine over in Spain, have it shipped over in containers and then bottle it here in Canada, but this time without a trace of Canadian juice. Labelled as Wine of Valencia, Product of Spain.

I think that the concept is pure brilliance as I am all for the democratization of wine and this would allow the Canadian consumer to purchase a really decent bottle of Spanish wine at an extremely reasonable price… and of course, bottling over here means a much lower carbon footprint.

I was there in Valencia ostensibly to film the whole process, but was invited to participate in the rigourous selection of wines during the blending process, and so I can say with pride that I had a very small contribution towards the creation of this tasty, easy drinking, softly tannic Spanish wine. 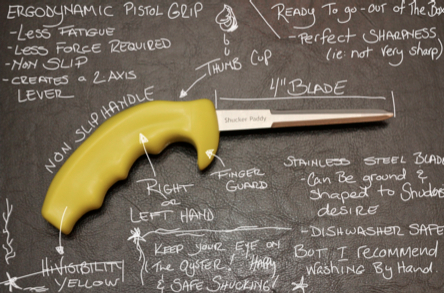 Personally I love Oysters all year round, but for many it is the festive season that has them greedy for the briney bi-valves. I shudder to think how many people, stressed over holiday entertaining, inadvertently injure themselves attempting to shuck oysters in rapid succession before the first dinner party guests arrive.

Well ladies and gentlemen I have the solution to your oyster issues… The Shucker Paddy.

Designed after many years of trial and error by Patrick McMurray of Starfish and Ceili Cottage this handy little addition to your kitchen drawer will have you opening up your oysters with ease. He also sells some other nifty little bits of kit that are just the thing for the oyster lover in your life (An oyster board and a shucker’s glove anyone?)

Here is a small instructional video piece I recorded a little while ago that tells you all you need to know about this wonderful tool. 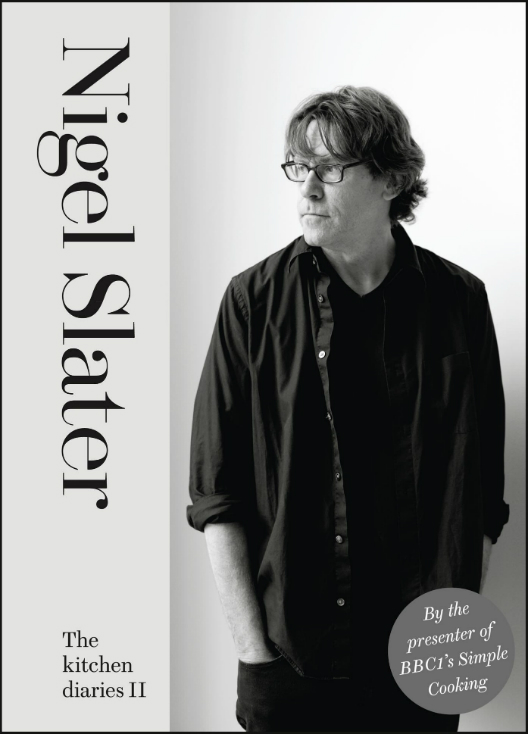 The Kitchen Diaries II by Nigel Slater (Fourth Estate): $43.99 from The Cookbook Store

I have been an avid fan of Nigel Slater‘s recipes since I first started cooking back in my early university days… his weekly recipes in the Observer kept me satiated at the stovetop for years and years, and to be quite honest I still use many of these recipes as my go-to dishes to this very day. Perhaps those of you with better memories will remember my attempts to follow his Xmas pudding recipe a few years back?

Having worked through almost every recipe from Real Fast Food, through Appetite, to the more recent Tender volumes, there is something about his writing style that enjoy more than anything else… as well as being a talented cook (he never refers to himself as a Chef, just a cook who happens to write) he’s also an extremely funny and entertaining writer. With his Kitchen Diary series it feels more as if one is reading through his kitchen memoirs than through a cookbook… although his actual memoirs were published as Toast.

The Kitchen Diaries II is similar in format to the first, but I feel it flows a little better, despite the fact that he admits it to be constructed from hundreds of scribbled down notes covered in spatters of olive oil or swooshes of roasting juices. These are not designed to be recipes for the accomplished Chef to follow, but are well thought out recipes for the lovers of Good Food to play about and experiment with. This book has brought me a great deal of happiness in the kitchen this year and I’ve only read through a  few months!

Well, since it’s the holidays, and you may be feeling rather generous, perhaps this indulgence would be the perfect gift for the person in your life who just cannot get enough of the famed ham made from Pata Negra pics (note to any wealthy patrons out there, I REALLY love this stuff)

It’s been a matter of contention for quite some time as to who is actually selling the real deal when it comes to such exquisite jamon, as there are many establishments, restaurants and retail, who claim to be selling the authentic gear.

After some research I discovered that Costco appear to be carrying it… and it had better be the real deal after looking at the sticker price!

In a pinch I can highly recommend Fernando Garcia of Spain Only One’s new restaurant, La Vinia, 2350 Lakeshore Boulevard West, Toronto (647.748.2350) where I had some of the best Spanish ham I have eaten since I was last in Spain. I’m not sure where he gets the ham from but it is damn good.

More suggestions to follow next week for all you last minute shoppers!

Edinburgh-born/Toronto-based Sommelier, consultant, writer, judge, and educator Jamie Drummond is the Director of Programs/Editor of Good Food Revolution… And you can send the ham to 68 Melbourne Avenue, Toronto, M6K 1K7. Thanks. 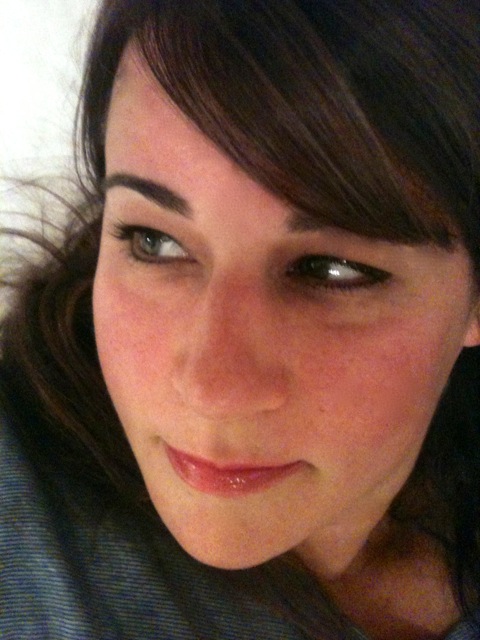 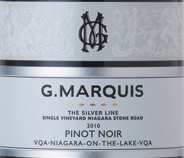 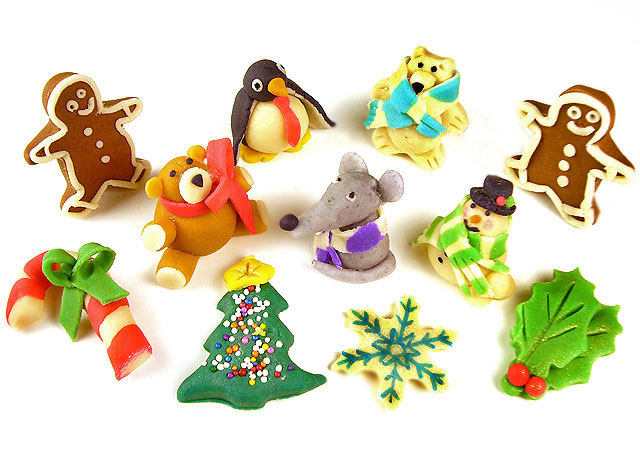