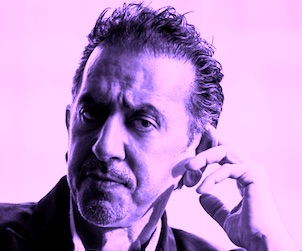 Malcolm Jolley gets a hardhat tour of the upcoming Bisha Hotel. 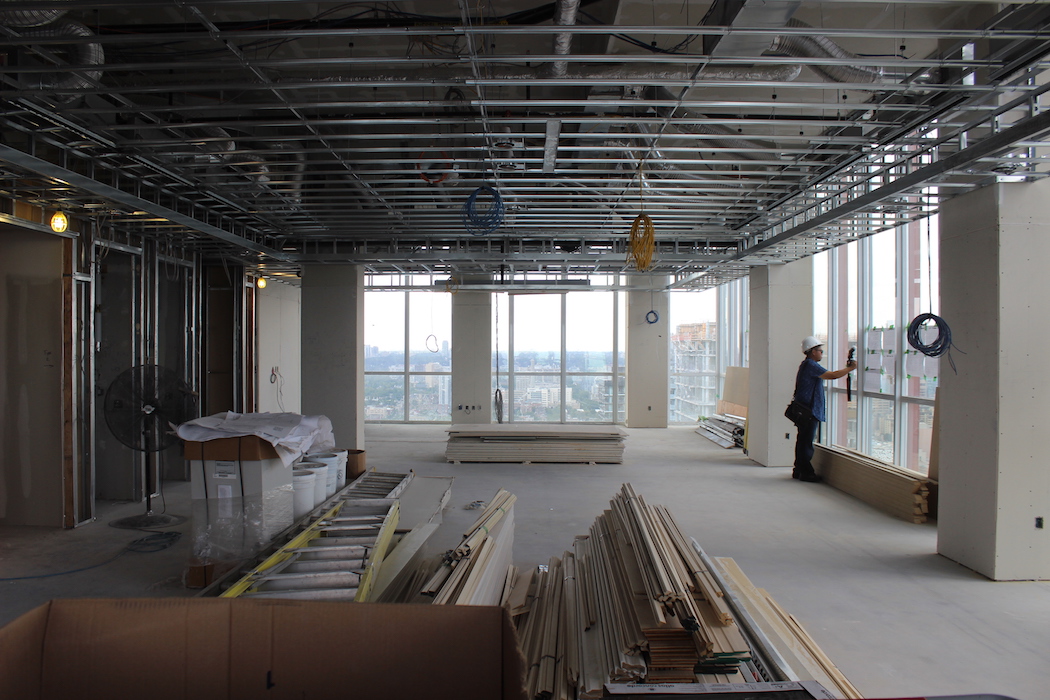 An event space on the 43rd floor of the new Bisha Hotel and Residences.

Shinan Govani has nothing on me, because I already know where the big, blow-out party of this year’s TIFF is going to be. It’s going to be on the 44th floor of 80 Blue Jays Way, around the corner from the Bell Lightbox. I know because I’ve been there and seen it: the rooftop pool looking over the CN Tower and waterfront, the floor to ceiling windows on every wall and the long bar where beautiful people from near and far will be ordering fancy drinks. And overseeing it all will be Charles Khabouth, because the party will be in his new hotel, Bisha.

The project’s official name is the Bisha Hotel and Residences, and Khabouth is part of a team that is working furiously hard to complete construction by the opening date of August 21. Last week the impresario, restaurateur and soon to be hotelier hosted a few dozen lifestyle journalists on a “hardhat tour” of the facility, where we saw roughed in restaurants, a café, the top floor poolside room, the event and meeting rooms below it on the 43rd floor, and a model hotel room. Some of the decorating is installed, including much of the lobby. There is most definitely a Khabouthesque feel to the place. He is not called the “King of Ambience” for nothing, and there is lots of black and white and detail, opulent but also a little restrained. One area we did not see, but will be doubtlessly be given much attention when it is revealed is the “Kravitz Floor”. An entire floor of the hotel is to be designed by Lenny Kravitz. No really, apparently this is what he does now: he founded Kravitz Design in 2003. 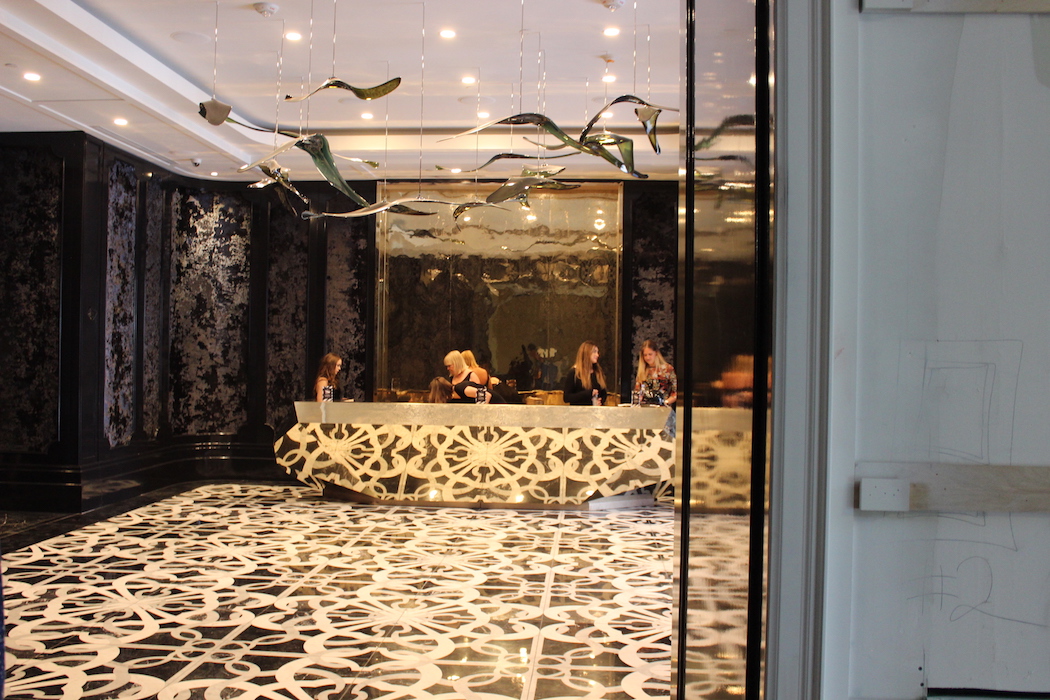 The lobby at Bisha gives an idea of the general look and feel of the new hotel and condos.

Bisha my tour guide, Christal Agostino explained, was Khabouth’s Lebanese nickname as a child. The man explained that Bisha, the project, is something he has been working on for 15 years. While Mr. Khabouth is at the centre, driving things forward (the building is not just his work and namesake, it will also be his home), Bisha is a collaborative project. At the tour were a number of the key players on the project: Mel Pearl whose Lifetime Developments is building the hotel and condominiums. Alessandro Munge, whose eponymous studio has designed everything that Lenny Kravitz hasn’t. And Ms. Agostino who serves as Bisha’s Marketing Director, and is a part of the Loews Hotels. New York-based Loews will run the hotel (their first in Toronto), while Khabouth’s INK Entertainment will take care of the food and beverage, including a flagship restaurant featuring Las Vegas celebrity chef Akira Back. Fans of Charles Khabouth will know that his Montréal outpost of his restaurant La Société is situated in Loews’ Hotel Vogue, so he must be betting that one successful relationship with the group will follow another. 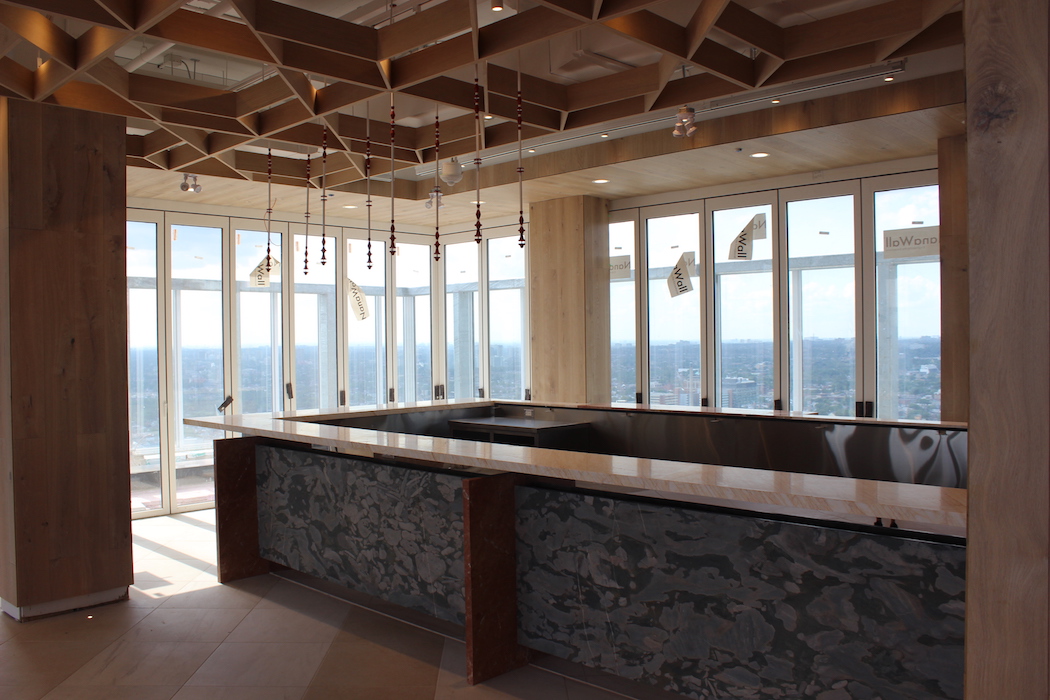 The 44th floor has an outdoor pool and a large room with a very long bar.

At the end of our tour Charles Khabouth spoke to us briefly, but with passion. What was driving him, he said, to work 16 hour days on Bisha is his desire to “build a brand that goes global,” adding he plans on 120 hotels, over 15 years. The man does not think small, and he is confident that the world is ready for him and his home town. “I want to build a brand that comes out of Toronto,” he explained, saying that the city has (finally) found some prominence in the consciousness of the global jet set. Mr. Khabouth intends to amplify that trend, at home and abroad. 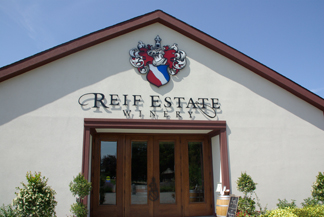 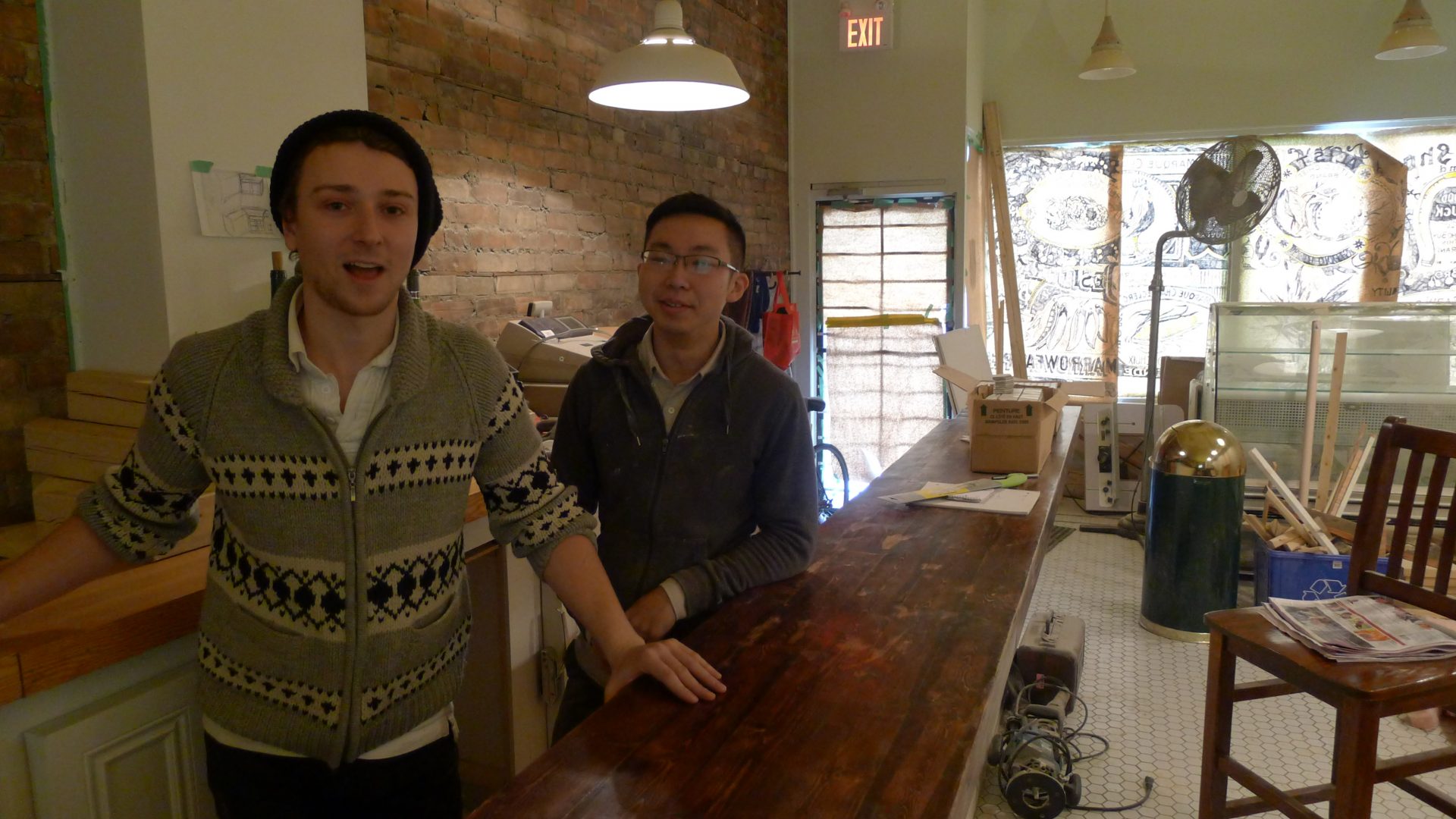 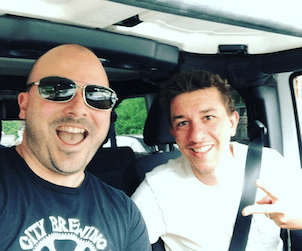