Malcolm Jolley interviews the author and blogger from the Médoc. 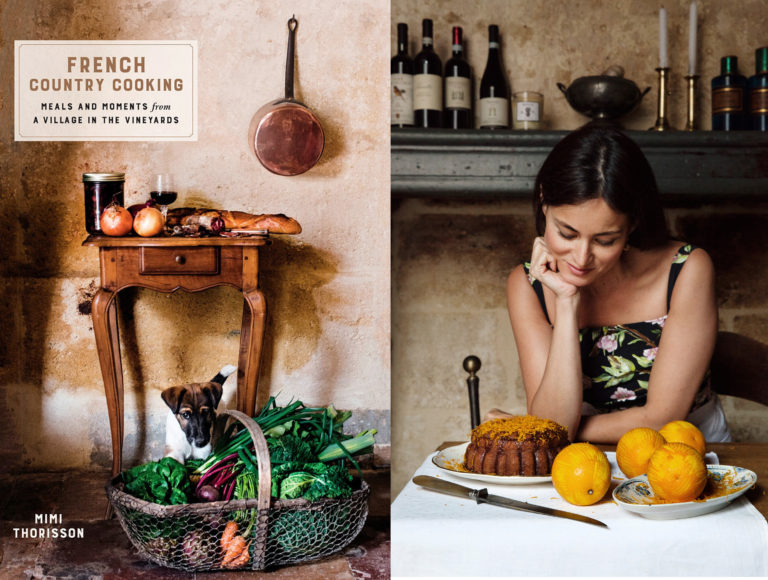 It would be easy to write about Mimi Thorisson and her new cookbook French Country Cooking: Meals and Moments from a Village in the Vineyards with contempt born of envy. Like her food blog, Manger, that propelled her from the world of fashion to a career in food, French Country Cooking is full of gorgeous pictures (by her husband, the professional photographer Oddur Thorisson) of her life in a small château in the Médoc, surrounded by her eight gorgeous children, dogs and friends (no doubt having just arrived from Paris, New York and Milan). Oh, and what’s that next to the ever-so-casually-yet-perfectly-composed plate of classic French fare? An open bottle from the Thorissons’ friends at Lynch-Bages? Mais, bien sûr! Yes, it would be easy to lose oneself in a green tsunami of bourgeois envy after getting into about three pages of Mimi Thorisson’s second cookbook. And yet… and yet… and yet you don’t. You don’t because it’s really well done. And whether she’s writing about a dish, or her life (or, more commonly both), she takes you there. You want to be Mimi Thorisson. I want to be Mimi Thorisson! And for all of that beauty, it’s natural enough to see the work that went into it.

I met Mimi Thorisson and her four (or five?) month old son, Lucian, recently when she was in Toronto to promote the book. She’s charming and funny and exudes contented confidence of someone who’s found exactly what they want to be doing with their life. So is her book, which really more about life in rural Bordeaux, the history of the house they fixed up to live in, and the trials and tribulations of serving their guests dinner, than some kind of lifestyle manual. Our discussion is below. 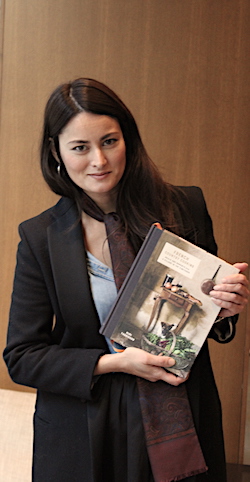 Good Food Revolution: Going through your book, it read like you and your family in the Medoc are enjoying a real kind of beautiful and graceful living. Was this your plan?

Mimi Thorisson: No, nothing was planned. That was the gift of it all. Six years ago we left Paris. My husband and I love food, first of all, and we love wine, and we love the countryside, though that was just as a kind holiday option. Until we said, lets just go live there; not as a holiday but to live there for real. And it took a lot of guts, a lot of courage to leave the city. Our friends were like, “Oh… wow, I didn’t know you were like *that*.” There were some weird reactions. But anyway, we moved with a three year plan. You never know so we always had a back-up plan of going back to Paris. SO we just went to try and live the life we wanted to live. And it worked out. Everything was organic, even the blog was not the plan. Everything came step-by-step, one after the other. It unfolded.

GFR: And this book, French Country Cooking, has a lot to do with a house. A house that found you, right?

MT: Exactly. That is the story. The house found us; we weren’t exactly looking this style of house. We were looking for a farm house, but we couldn’t find one and then we stumbled across this one. The I stepped into it, it was magical. It was destiny because the great-grandmother of the owner was a legendary chef. She had a restaurant and a hotel in this house, which is an old château. It’s a small family château, which was linked to another part. One part got sold to a winery, but we got the beautiful house out of it, with a huge cellar and a big kitchen. The story of the book came to me in seconds when I first learnt about the house.

GFR: So, this is where you and your family lives, and you have a big family! How many of you are there?

MT: We have eight kids all together. The two bigger ones are in university in Iceland, so it’s six full time at home… and our dogs.

GFR: That sounds like a fair amount of work all by itself, but you have also turned your house into a kind of restaurant, right?

MT: It’s a pop-up; just a seasonal pop-up. I just started it last summer. It was all very organic, and we shot all the photos form it in the book live. Everything in the book is very fresh and in the moment of the day of service. And now the idea with these pop-ups is that I export them. So, I had one last month in Paris. Because I have my family, and all of my other activities, I try and combine them, s I can actually do it.

MT: Yes, I’m a selfish cook. No wait, I am actually a very generous cook, but I do cook the things I love. It’s about cooking what you’re passionate about, so you want to share that with your guests, but also with your family. What I give to my little pop-up is really my fantasy restaurant. What I want to see on the menu is what I want to give to everyone.

GFR: The recipes in the cookbook are more or less classically French, but I think there are some nods to modern cooking too. I mean that there is some freedom in them.

MT: Although, all my favourite style of cooking is classic French. It’s simple and old fashioned. But I will put a twist, and I want everybody to be bale to make it. So, I try and go about the best way to do it. I think that reading a recipe that’s well written and simple can keep people from not being so intimidated.

GFR: As my friend Laura Calder has pointed out, one of the great thing about French cooking, for people in North America, is that it uses mostly familiar and easy to get ingredients like onions and carrots.

MT: Yes, most things in the book should be fairly easy to access. And I am always seasonal.  So, it’s about what you can find in season.