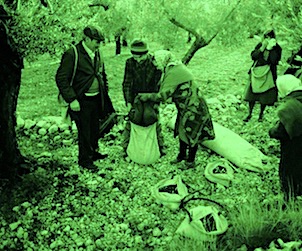 Malcolm Jolley explores the culture of olive oil in Umbria. 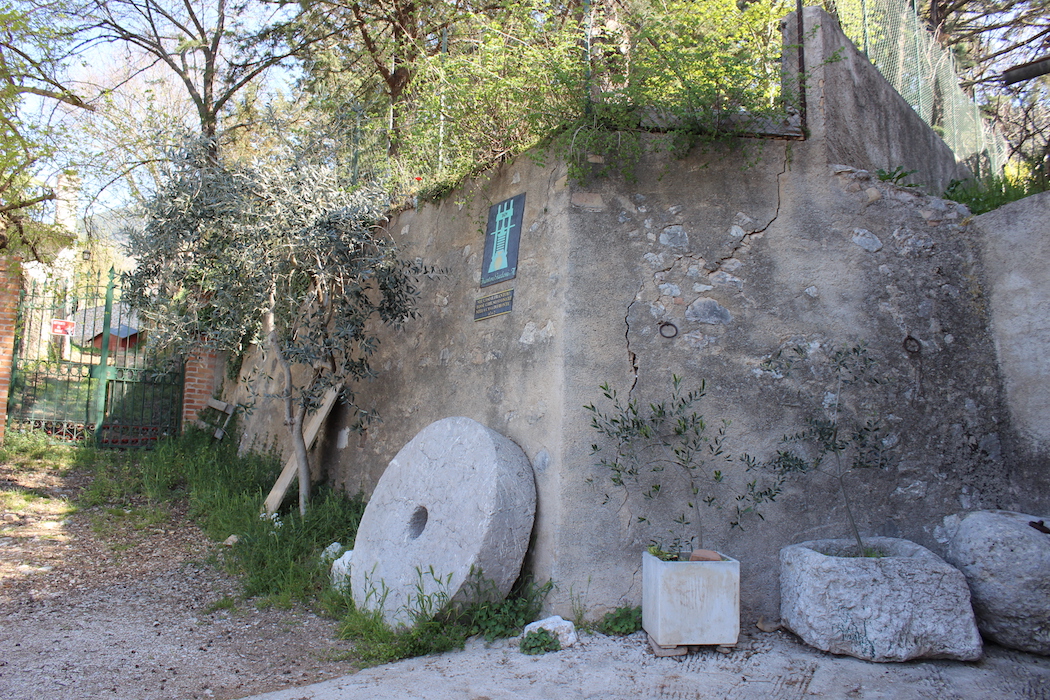 An old millstone at the Gradassi Frantoio in the hills near Spoleto in Umbria.

The intrepid Daniela Moretti showed us the house she was born and raised in beside a castle built by the Knights of Malta near the shores of Lake Trasimeno. We were on our way to the lake to look at the olive trees that grow near it, and meet some of the fishermen who work it. “Us” was Jane and Jenna, two Americans, and one other Canadian journalist, Julie, and me and our French driver, Christophe). Daniela was our guide for a few days leading up to Ercole Olivario, the Italian olive oil championships to which we’d been invited as guests of the Italian Trade Commission, which was great, because she’s really good at what she does. I don’t know if Daniela loves her native Umbria, and its history, art and culture, more than she loves teaching people about it, but the chic 50-something lady had us hanging on every word of her small lectures and demonstrations as we walked through the ancient streets of Rome, Spoleto, Assisi and Perugia, or visited a frantoio, which translates as “mill”. Daniela’s knowledge of Italian and Umbrian culture, naturally, extended to pleasures of the table. at Lunch and dinner, she would explain the significance of each dish and how they worked in the culinary traditions of the region. Like all intelligent people, Daniela is curious, and when she wasn’t explaining something to us, or answering our questions, she would ask us about North American eating habits, or lack thereof as the case often seemed to be. Sometimes she wasn’t quite able to conceal her shock and horror at our strange ways. She couldn’t quite understand what we had for breakfast, and she showed a great deal of concern that we would serve our children whole glasses of milk at meals. Didn’t we know milk was hard to digest? 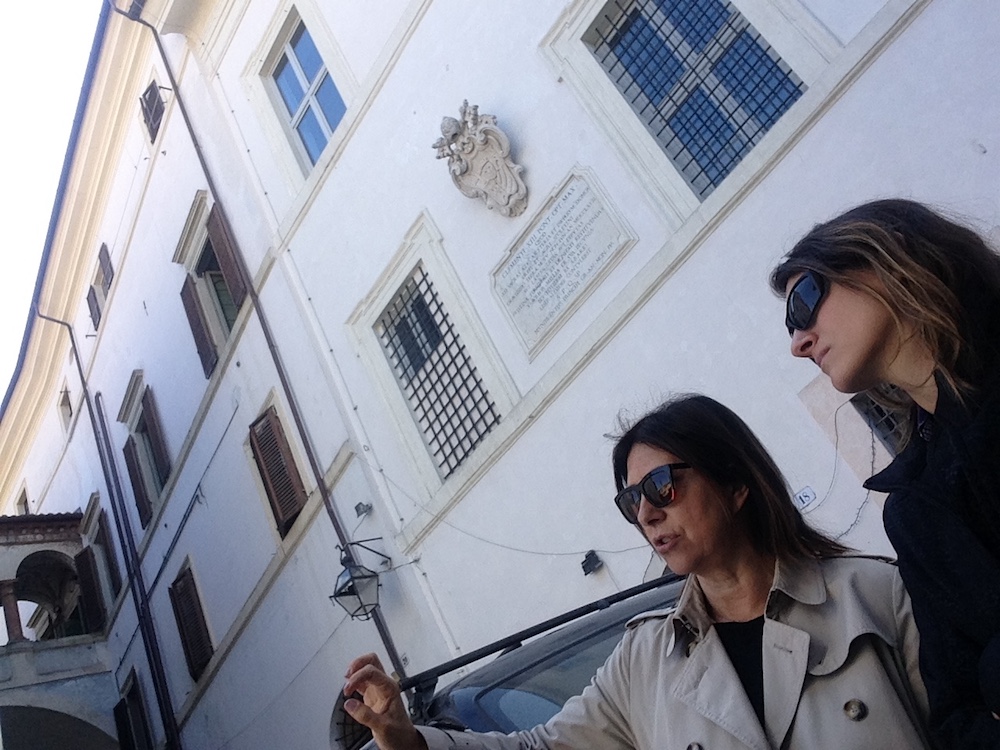 One thing that Daniela told me, when I just met her on the first day of the trip in Rome, has stuck and, I think offers an interesting lesson in place of olive oil in the culinary tradition of Central and South Italy. We had just come from an olive oil tasting at the Roman Chamber of Commerce (Camera di Commercio di Roma), which is on the via de’ Burrò about halfway between the Trevi Fountain and The Pantheon. Using my night school Italian, I remarked that it was ironic that we’d just attended a seminar on the olive oils of Lazio in a building on a street named after butter (burro). Daniela laughed and then told me, “You know, I have never bought butter.” 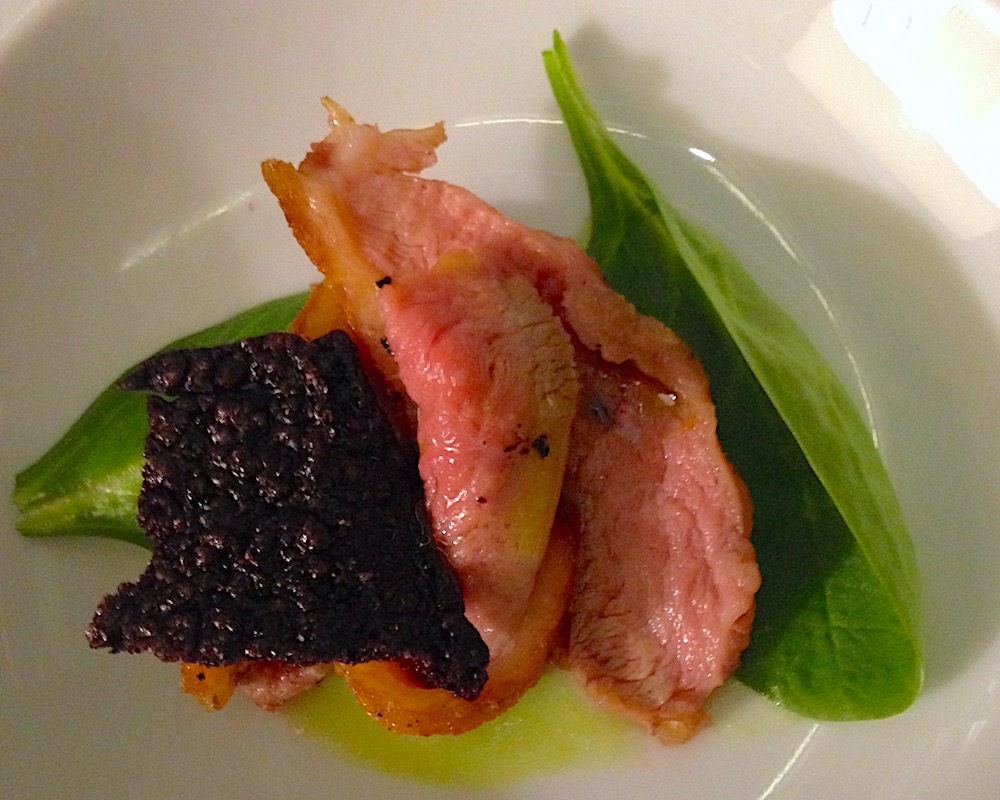 While Daniela had never had the occasion to purchase butter, she did confess to having had it. She said that her nona (grandmother) would sometimes give her buttered bread when she was a child. It was a special treat, only just introduced to the region during the war from the rations shared by U.S. and Canadian troops liberating Italy. Point made: we were in olive oil country, and our butter and cow’s milk ways wouldn’t go far here.

I was in Italy, this time, to learn about olive oil, so I certainly weren’t going to miss butter and I looked forward to having as much of it on bread, or on or in whatever else came my way. My group must have shared my enthusiasm because at our first lunch in Umbria, we were hungry and we dived into a basket of bread and started dipping it into grassy green olive oil that we found in a bottle on the table. It was delicious so we weren’t sure why Daniela made a bit of a grimace. She said something like, “It’s ok, but you should know an Italian would never eat bread and olive oil before a meal.” Daniela explained that the bread wasn’t there for a snack but to make scarpetti. A scarpetto is a “little shoe”, a piece of bread you use to mop any left over sauce on your plate. The olive oil was there as a condiment to add to salad, vegetablesm, soup or whatever might arrived that could use it. If you were meant to eat bread and olive oil during a meal, it would be presented as it’s own course, most likely toasted as bruschetta. In that case, it would be in lieu of a pasta course, since it would take care of the starchy part of the meal. 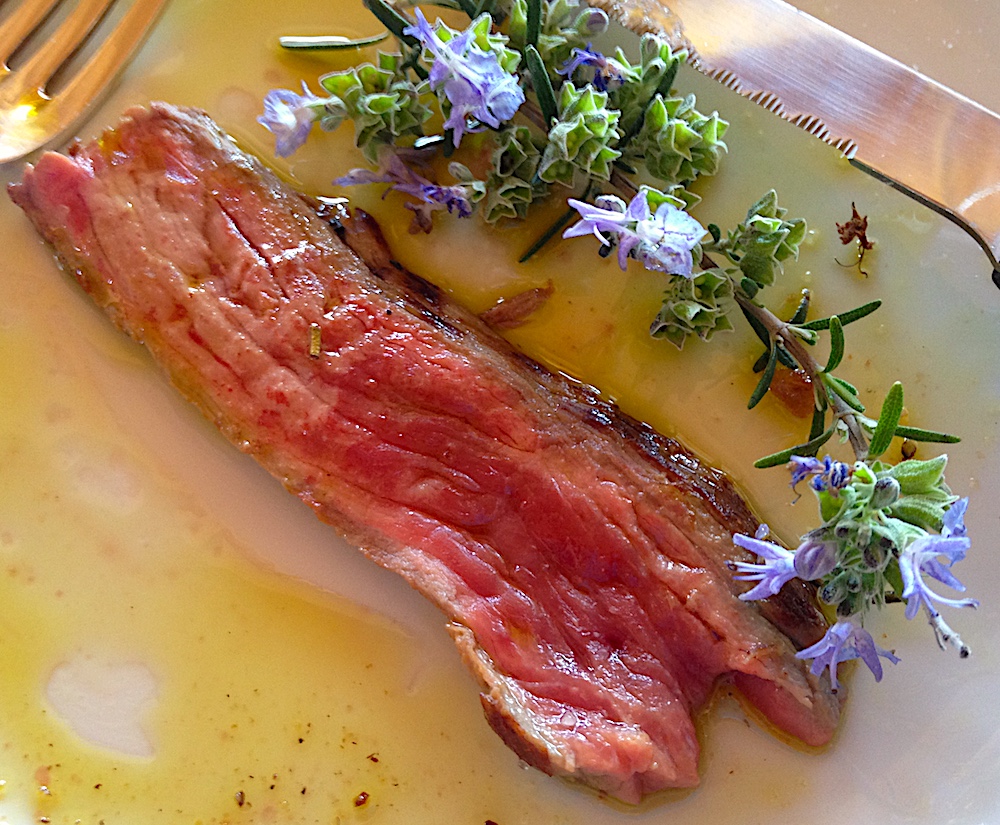 The last slice of tagliata di Chianina beef in its sauce of olive oil.

I would like to report that our group, armed with Daniela’s information on how to use the bread and olive oil on the table stopped pigging out on them together before meals. But of course we didn’t. We didn’t because the oil was unfailingly good, full of alive flavours of fruits, herbs and spice. We had, at least the cover of pretending to do journalistic research, and if our Umbrian hosts were appalled at our uncouth and greedy ways they never let on as they replaced our plates awash with green or gold puddles. But, if we couldn’t shake our old bad habits, at least we could acquire some new good ones, and we received an education on the use of olive oil as seasoning that lifted flavour. No more so did olive oil do its magic than on grilled meats, including improbably a duck breast dish in Rome and, on several occasions in Umbria, on the classic sliced grilled steak dish tagliata where the combination of fruit oil and Chianina breed beef fat blurred the line between beauty and the sublime. We did not miss butter at all.

Daniela Moretti really is the best guide in Umbria, and her website is danyguide.com. Watch GFR for more reports from my Ercole Olivario trip, and follow me on Twitter at @malcolmjolley. 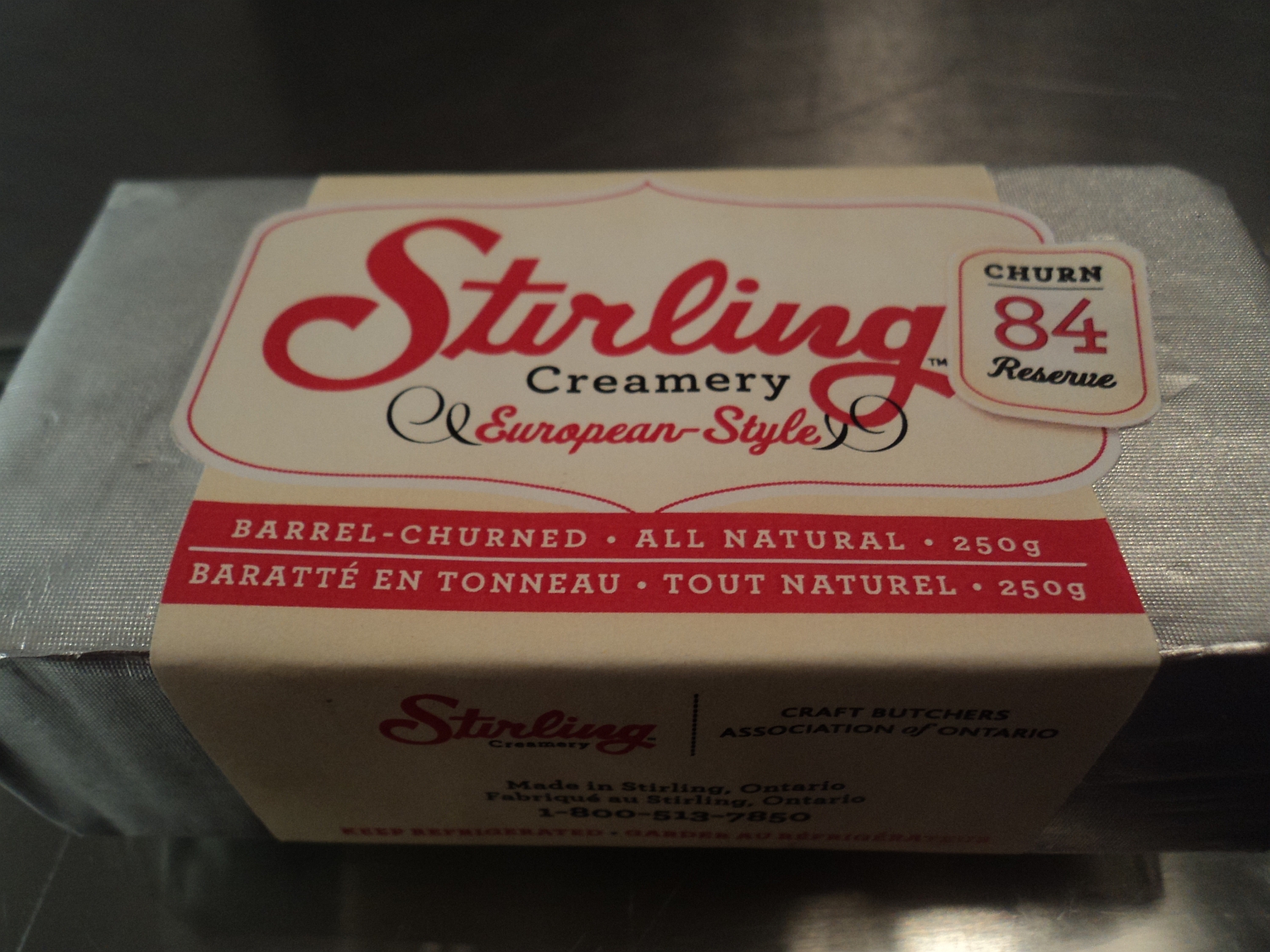 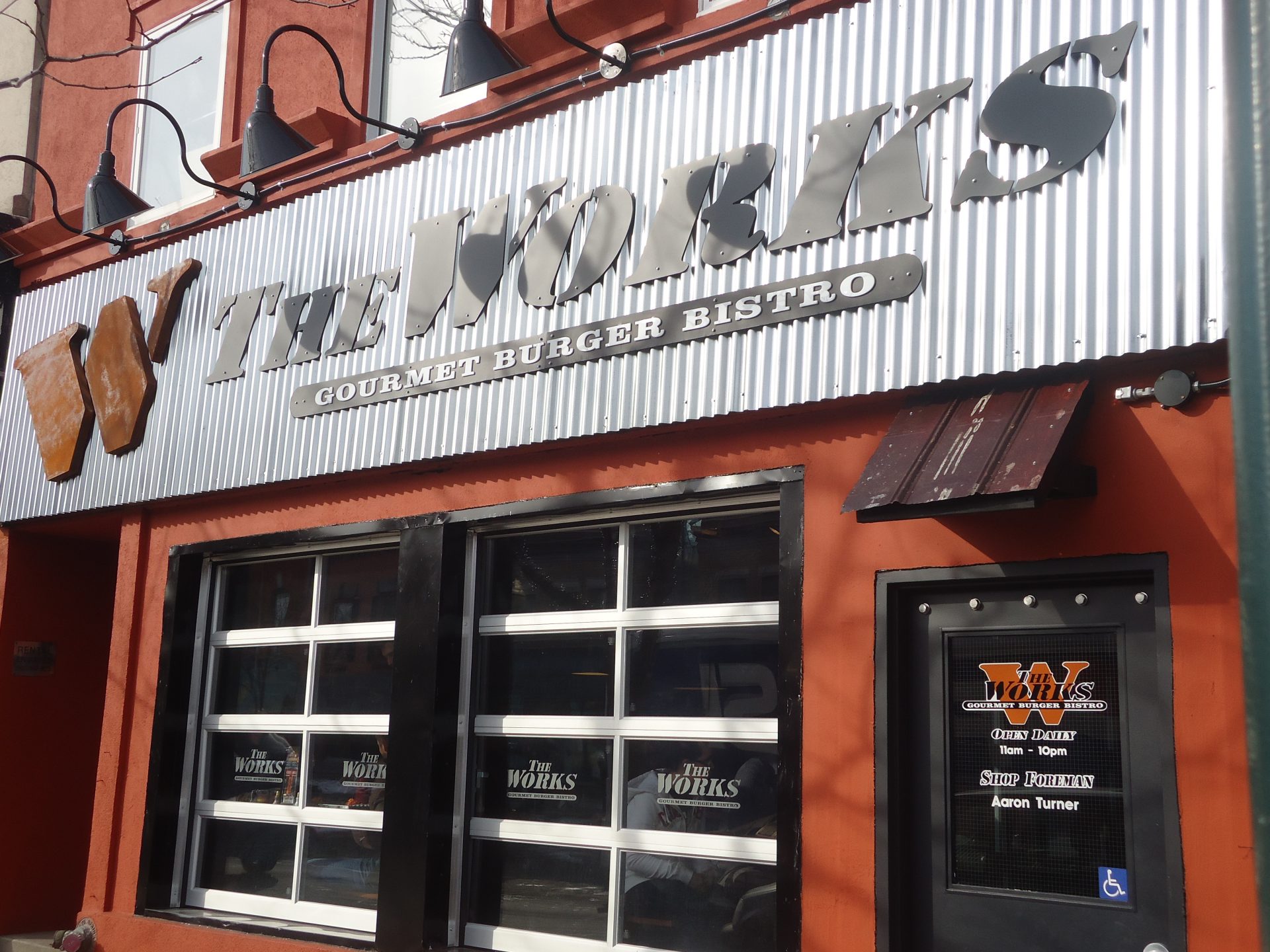 The Works Brings Bistro to the Burger 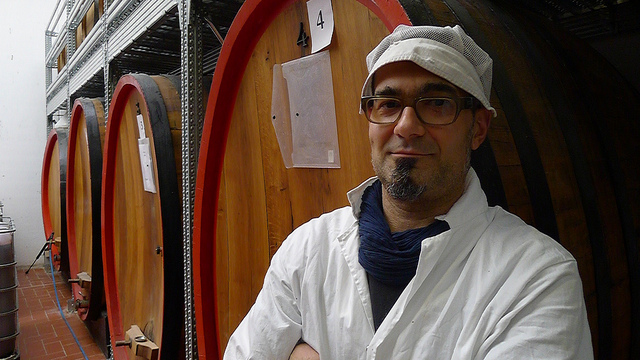