Malcolm Jolley on his favourite chicory. 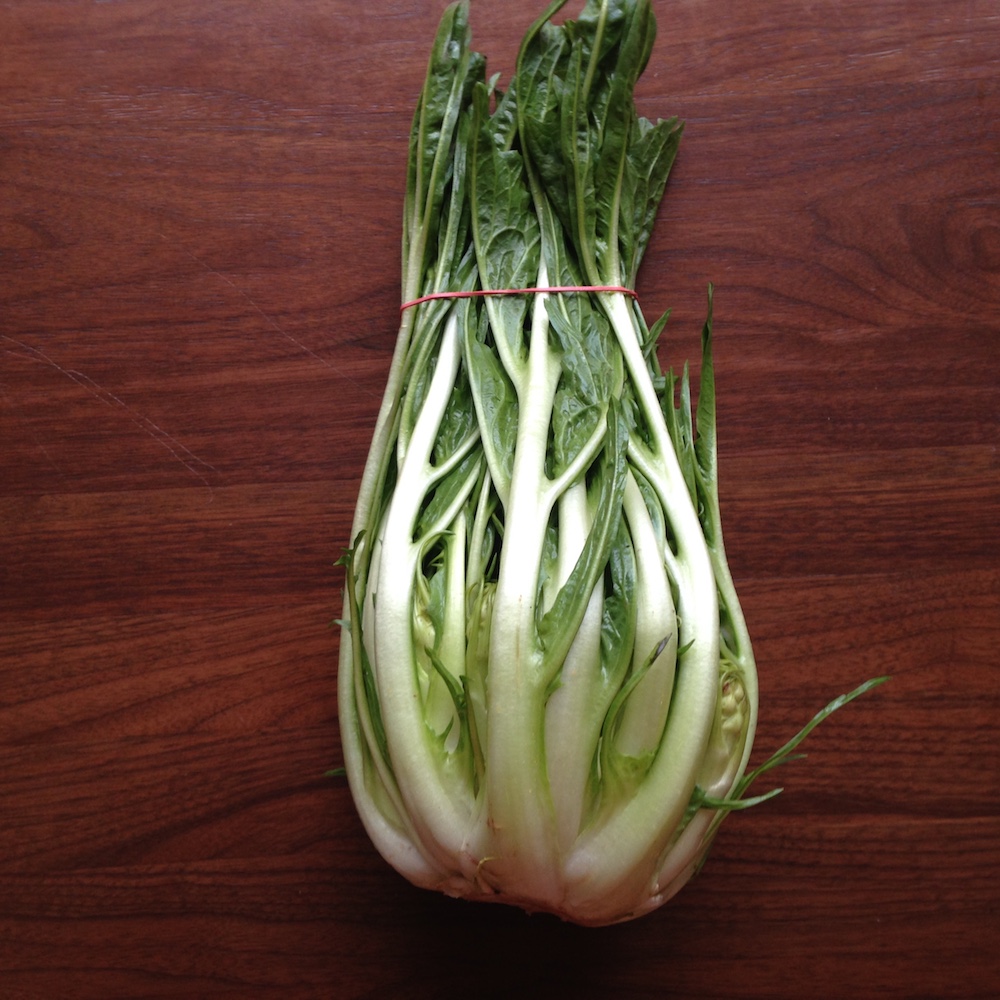 The high forecast for Rome on Wednesday is 21 degrees Celsius. That sounds pretty good to me, as I will be arriving there that morning for a one night stop on my way to Perugia for Ercole Olivario, the Italian olive oil championships. I don’t know what I am going to eat when I am in Rome, but I know that it will be good. Maybe some tripe, or caccio e pepe, artichokes, and that lovely salad of sautéed zucchini with mint that I ‘ve never had anywhere else, all washed down with Frascati Superiore and Cesanese wine. If I am lucky I might also come upon one of my favourite bitter greens, Puntarelle, a strange chicory that looks a bit like asparagus but tastes more like endive.

One of the reasons I like my local grocer, and will pay more the vegetables it stocks, is that they are often among the first in the city to stalk what’s in season. They’ll have ramps from Niagara soon, and fiddleheads, then Ontario asparagus. But, unlike in warm and sunny Rome, it’s too early in Toronto for local greens, unless they’re from a greenhouse. So my grocer does a little importing, especially from Italy. There was a time when I didn’t dare look at the Radicchio di Treviso, or the purple tinged artichokes from Southern Italy that would show up on the shelves. When the locavore movement was really getting going, say ten years ago, even contemplating buying a vegetable flown across the Atlantic in the cargo hold of jet seemed like some kind of Slow Food crime. But I’m over that. A few indulgent purchases in the off-season does not a lifestyle make. So, when I spied three or four good looking heads of cicora di Catalogna on Saturday morning, I knew what we were having with our lamb chops that night*. 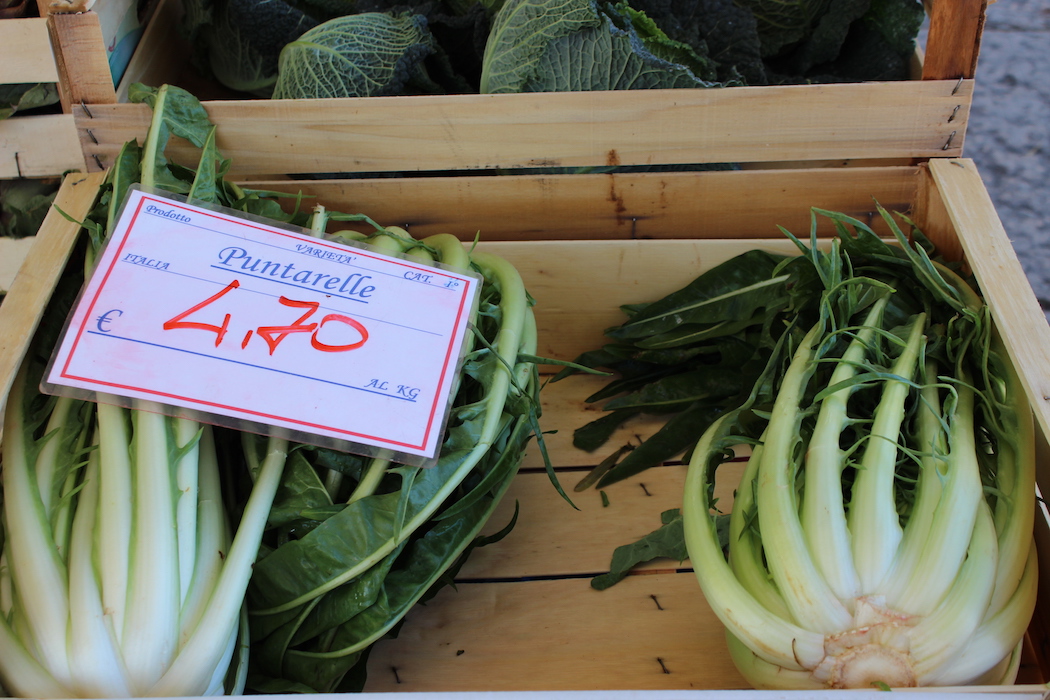 Puntarelle at an outside market stand in Verona, January 2017.

One of the more celebrated authorities writing in English about Roman food is Rachel Roddy. In her cookbook, My Kitchen in Rome, she advocates for the traditional treatment of the vegetable in The Eternal City. She cuts it into fine strips and dresses it as a salad with olive oil lemon and anchovy. This sounds perfect for a Roman March day of 21 degrees Celsius. But for a rainy Toronto March day of 5 degrees Celsius, our puntarelle got chopped up, leaves and stalks, and quickly sautéed in olive oil with garlic and fresh chilies, and dressed with lots of salt. Bitter greens, sweetened with garlic and piqued with a touch of heat. It tasted like the promise of spring.

*The puntarelle I bought was $7.99, from which my wife and I will make two meals. I saw puntarelle for sale when I was in Verona at the end of January, pictured above, for €4.70, which at the Canadian dollar to Euro exchange rate as I write would be $6.81, so I feel like my fancy veggies were not such a bad deal.