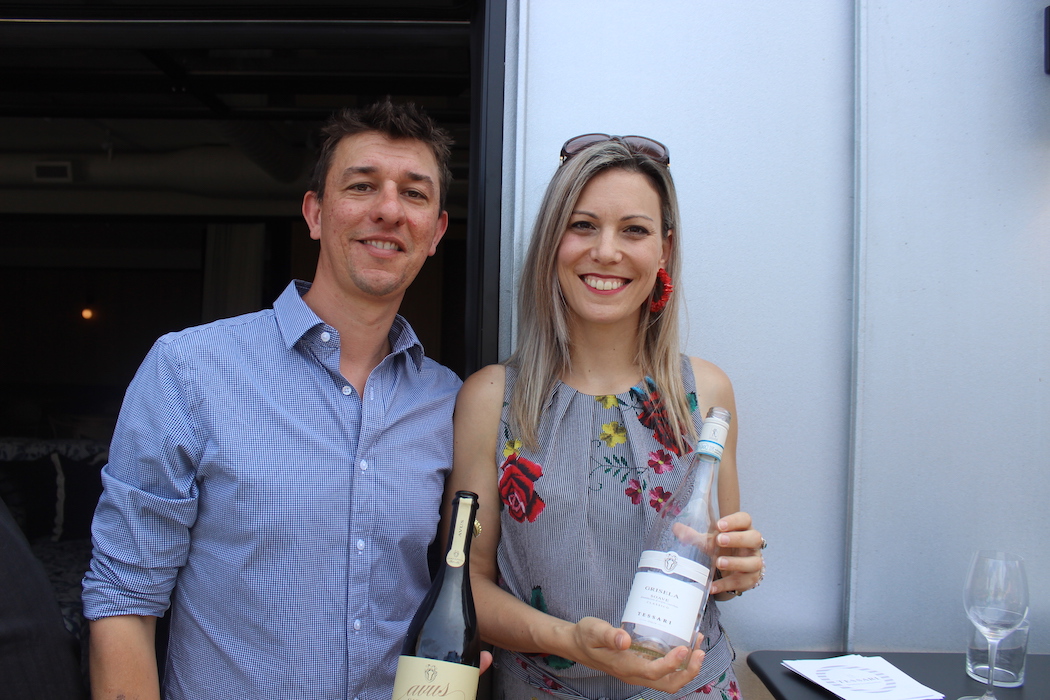 Nicholas Pearce played host this summer to Cornelia Tessari, whose family makes some of the most interesting new wave Soave wine around at Cantina Tessari. Late last month, the wine importer and his team arranged a tasting for trade that I snuck into on the new roof space at Craig Harding’s La Palma restaurant on Dundas West. Tessari is located in the Soave Classico region near the town of Monteforte d’Alpone, further east and north of Soave’s famous walled castle. The Tessary vineayrds are are black stone volcanic and steeply planted. As he introduced us to Cornelia Tessari, who serves as the family firm’s export manager, Pearce joked, “You don’t walk through the Tessari vineyards, you climb them.” The six wines we tasted were all made organically with 100% Garganega grown in traditional pergola on the family’s 13 hectare holdings, and they all expressed the saline quality of minerality that’s associated with volcanic wines. But they also each expressed it in very distinct, and interesting ways, as I describe below and which made the tasting fun. Here’s what we tasted…

We started by tasting a charmant method sparkling Garganega, the 2017 Arcerus Extra Brut IGT Veneto ($23.95). It was charming, with fine bubbles, bright and soft at once, and contrasted the second sparkling wine, a bone dry pet-nat with a crown cap, the 2017 Avus Garganega Sur Lie IGT Veneto ($24.95). It’s refermented with Reciotto must and left ‘calfondo’ or sure lie for several months, giving it a deeper concentration with some citrus notes. This wine was great fun, especially for the price, and relatively low in alcohol at 11%.

Having done the frizzante, we got seriously into the Soave proper, starting with 2017 Grisela Soave Classico DOC ($19.95). Grisela is a term of endearment and a nickname given locally to the Tessari family because of their blond-grey hair, explained Cornelia. It was wonderfully balanced, strong on citrus with some herbal and honey notes and a seasoning of salinity. The quality to price ratio on this wine is very high and a reminder that Soave is still suffering from its mid-twentieth century reputation as a bulk wine. While Pearce is selling the 2017 currently from consignment, Cornelia brought to the tasting a bottle of the 2018 Grisela Soave Classico DOC, which is a point of Tessari family pride because it is their first vintage to be officially certified organic. (All the wines we tasted were made organically during the three year processes required for certification.) The 2018 was a little rounder and heavier echo of the 2018.

Althought the ‘discipline’ in Soave allows for the addition of up 20% of different grapes, Cornelia Tessari told us firmly that her family was committed to 100% Garganega. This, she added, affected the way they made wine, “Without blending, you can’t use another grape to add structure, so you must work hard in the vineyard.” The next wine’s name is meant to express this. The 2017 Bine Longhe Soave Classico DOC ($29.95) is named for the long rows of vines from the vineyard it’s selected from, and typically harvested relatively late in October. Here the honey tones I caught in the Grisela really came to the fore in this deeper, weightier, yet dry and mineral wine. Pearce told us that at five years the Bine Longhe really begins to sing, I could see how. Interestingly, both the Bine Longhe and the Grisela were under screwcap. Cornelia explained her family believes it’s the best closure for their vibrant wines, but that the Tessari’s suffered for it in Italy’s conservative wine culture. When the local restaurant finally began to serve Tessari wines, they knew, she said, that attitudes had changed and now their neighbours increasingly opt for screwcap.

We finished with the 2015 Tre Colli Recioto di Soave DOCG ($46.95 – 500ml). I had thought of Recioto as only the sweet version (and precursor to) Amarone, but the white, Soave version is as traditional as the red one made just to the west, and the wine received the only DOCG appellation in Soave in 1998. The grapes are dried Agridulce: sweet and sour, with apple and pear notes layered onto honey and dried fruit. The 100% Garganega grapes are hand selected, then dried out until February, when they are vinified on all stainless steel. It was lovely and a great way to end a fascinating tasting. 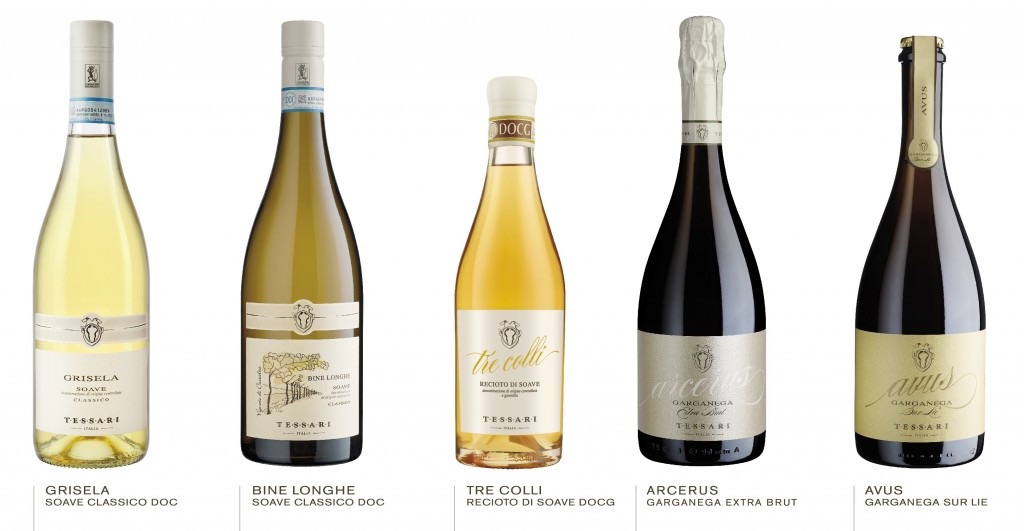