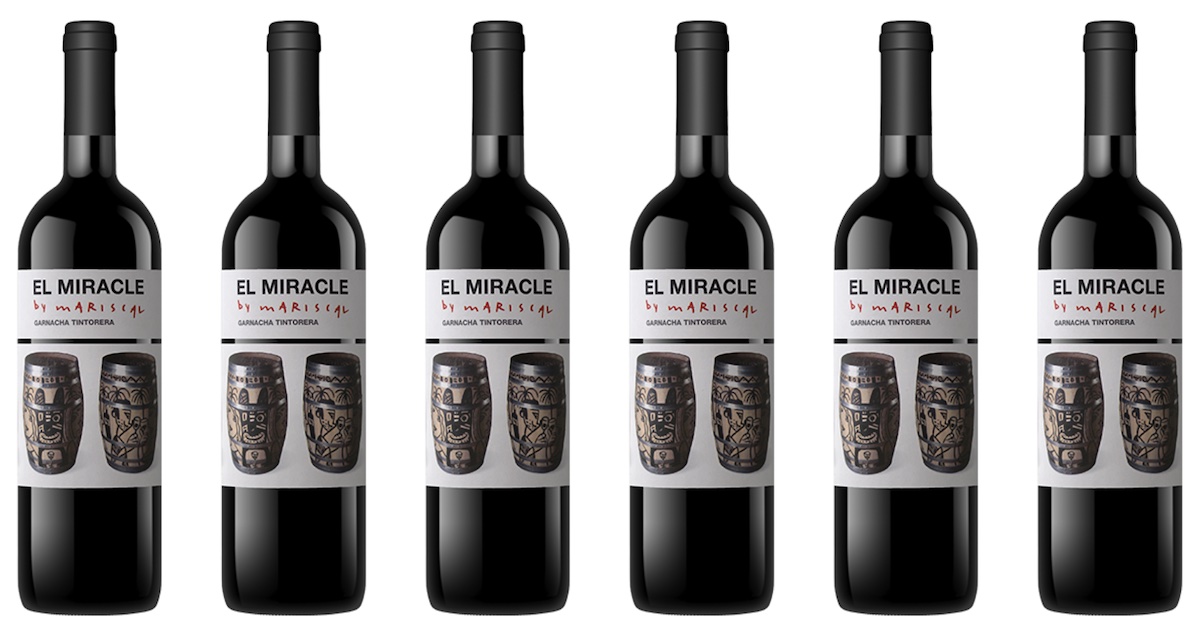 If you would like to trigger a classic deer in the headlights look from yours truly, ask me what’s trending in the wine world. I will have no idea, and after my mind recovers from going completely blank to escalating embarrassment I will become convinced you have exposed me as the fraud I am and contemplate an immediate and irreversible change of careers. Or, I might take a deep breath and think about what interesting things I’ve tasted lately and remark on how it might fit into a general picture of the current world of wine.

One interesting thing I have tasted lately is the 2017 Vincente Gandía El Miracle by Mariscal Garnacha Tintorera ($17.95 | LCBO# 461418), which is circulating through the Vintages program now. There are a couple interesting things about the wine. First it’s made in barrels decorated by the artist and designer Javier Mariscal, which is novel. One assumes he likes the wine, or at least liked the other wines made by Vincente Gandía. Two, like Mariscal, it’s from Valencia, south of Barcelona, a region that’s popping up on my radar more and more and seems to be having a bit of a renaissance, though not so much of one (yet) that prices have gone through the roof. And third, it’s made from old vine Garnacha, a.k.a. Grenache. A lot of Garnacha or Grenache was planted in Spain and the South of France in the 20th century because it gave high yields, and made relatively light hued, red fruited wines that could be quietly blended into wines purportedly made in more northern climes. Furthermore, the wines made from Grenache were made from young vines. Since older vines lose yield, they would be ripped up and replanted with vines vigorous in their youth. If and when this practice is stopped, and the Garnacha vines are allowed to live beyond 20 or 30 years, yield is reduced but concentration of flavour and complexity is increased. El Miracle by Mariscal, made from 35 year old vines, is wonderfully intense and yet bright with bright red cherry going into black fruit notes. There’s some seasoning from those decorated French barrels, and some tannic texture, but the fruit sings. For $17.95 it’s certainly worth a try, while it lasts. It might even be on trend.

» Good Wine Revolution, Try This » Try This $18 Garnacha from Valencia