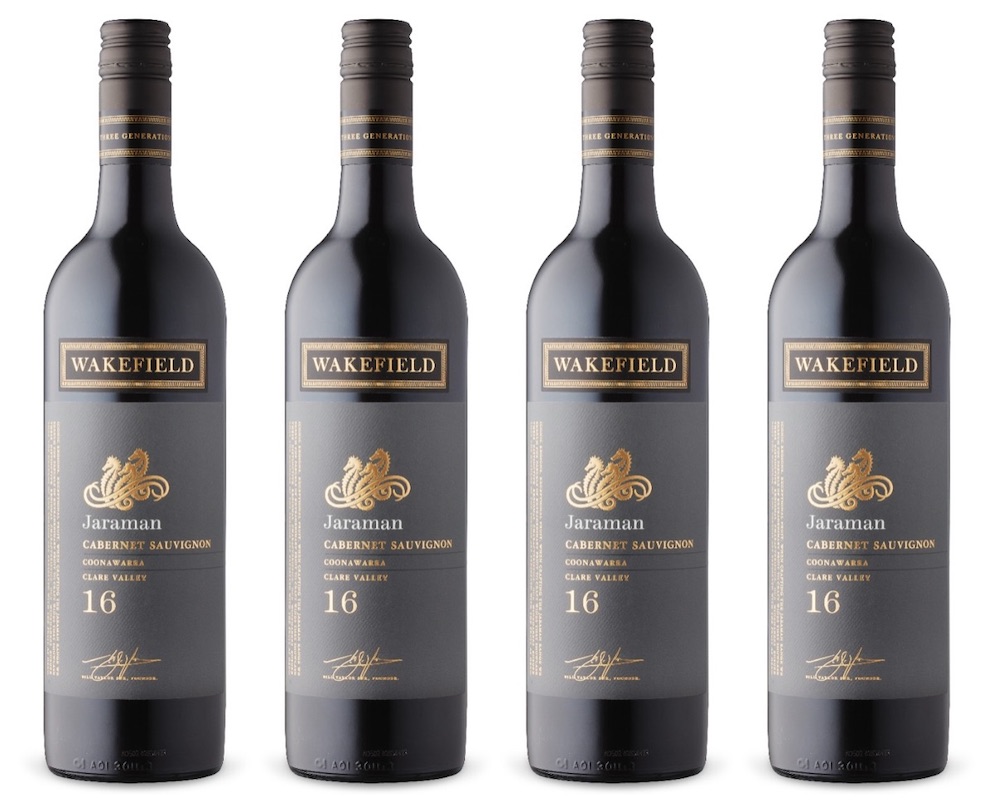 The world of wine is no less immune to the cycles of fashion than any other human creative field. Things go out of favour, then come back; although they never come back quite as they were before. As a young man being introduced to wine in the late 80s and early 90s I drank and enjoyed a lot of high concentration, high alcohol Australian red wines, which were popular at the time. Then, I got interested in other styles of wine from other places.  The 2016 Wakefield Jaraman Cabernet Sauvignon ($24.95 – LCBO# 142398), is a bit like how I remember those wines, but also in a  thoroughly modern and delicious way. The Jaraman Cabernet is, as they say, fruit forward, you really can’t miss its pure expression of black currant at first, then hints of dark cherry and an amazingly clear mint note on the finish. But it’s also wonderfully well balanced and not at all hot, despite a declared 14.5% alcohol by volume. It’s also different from the wines I remember from decades past in that the had is light on oak, with a faint note on the nose but full integration on the palate.

The Jaraman Cabernet is a straight forward, juicy red wine and it wants a steak. At $25 it’s not cheap, but it’s a luxurious wine that I would happily put next to my banker friends’ $100 Napa’s. Wakefield is celebrating its 50th anniversary this year, and I dare say the Clare Valley winery is hitting its 21st century stride. (See this recent post for more information on Wakefield.) In any event, if you’d like to treat yourself this weekend, the Jaraman Cabernet is certainly worth a try.