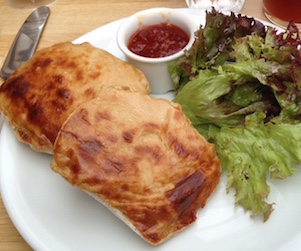 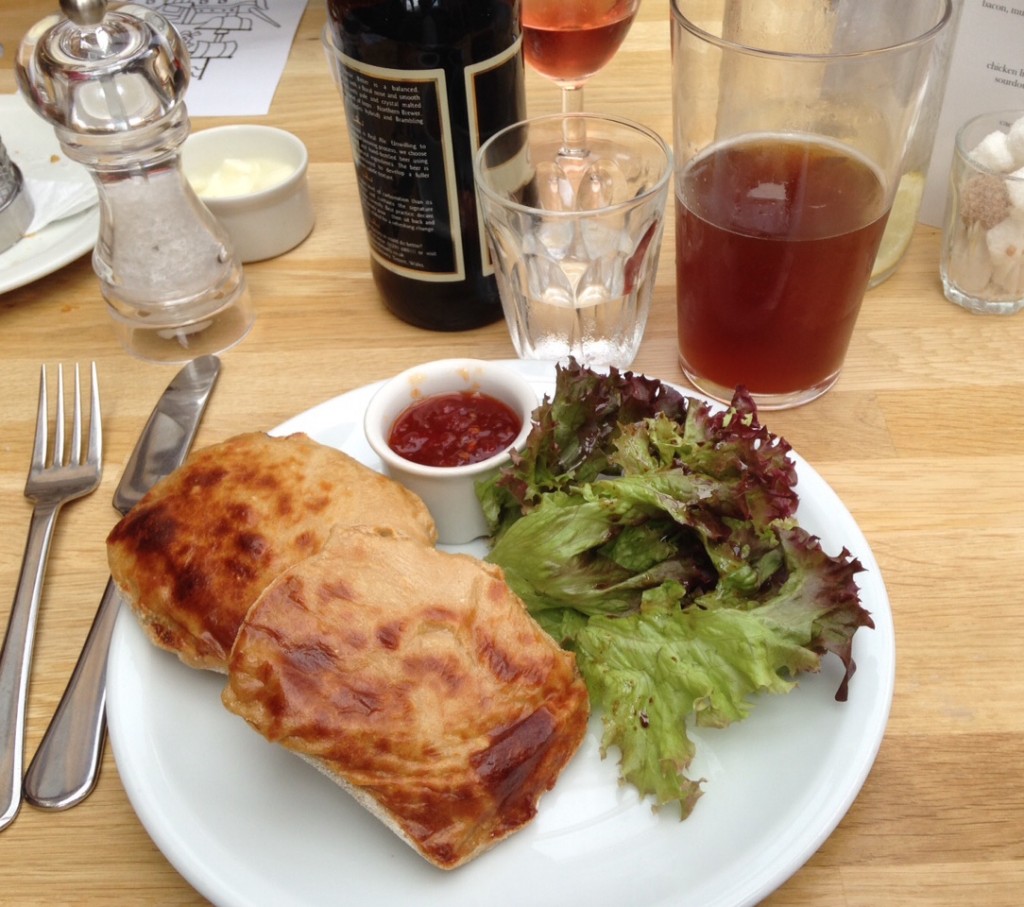 Welsh Rarebit with Chili Jam at the Café at Richard Booth’s Bookshop in Hay-on-Wye, Wales.

What is or isn’t a proper Welsh rarebit – or rabbit – is a matter to be settled with kitchen knives at dawn. The reality is that the Welsh bread-and-cheese is exactly that, a simple matter of toasting a slab of last summer’s well-matured cheese on a fork and popping it on a slice of bread. In a more sophisticated incarnation it’s a cheesy mustardy cream sauce… – Elisabeth Luard, ‘Welsh Rarebit with Leeks’, A Cook’s Year in a Welsh Farmhouse (2011).

Since etymology is slightly more precise discipline than gastronomy, we know that that Welsh rarebit was called Welsh rabbit first, at least in print. In modern parlance the terms are exchangeable. This writer and toaster-oven-cook prefers the later for the (good) Orwellian reason that it eliminates any confusion about what the dish might be made of. The term rarebit also points to the purpose of the dish, at least when it’s cooked following a recipe like the one Elisabeth Luard provides after her quote above. (Note Luard uses rarebit over rabbit, too.) A ‘rare bit’ is something special, and Welsh rarebit is an elevated and, I think very special, cheese on toast. Like its Gallic cousins, Monsieur et Madame Crôque, Welsh rarebit transforms a snack into a meal.

I have been thinking about and eating Welsh rarebit because I am on holiday in Wales. It’s been a few cool and wet days here, and I had a very good one on a visit to Hay-On-Wye, which straddles the English border.  Hay’s dual Welsh and English character is an appropriate enough setting in which to eat Welsh rarebit. The people who have embraced Welsh rarebit most avidly are the people for which it is named. The Welsh have integrated it into their cuisine and shared it back, as it were, to the culinary repertoire of the island of Great Britain as whole. The etymologists are not quite as precise as to how the dish became to be named “Welsh”, but there is broad consensus that it was an Englishman who thought it up, and it wasn’t meant as a compliment. In so far as the Welsh, over hundreds of years, have transformed dining room insult into a sought after treat attests to both their wiles and its deliciousness. You can’t keep a good people or a good dish down.

Melt the butter in a pan, stir in the flour, and let this cook together until it smells biscuity but is not burning. Add the mustard powder and cayenne pepper then stir in the Guinness and Worcestershire sauce, then melt in the cheese. When its all of one consistency remove from the heat, pour out into a shallow container, and allow to set. Spread on toast 1 cm thick and place under the grill. Eat when bubbling golden brown. – Fergus Henderson, ‘Welsh Rarebit’, Nose to Tail Eating (1999)

Henderson’s recipe, like Luard’s and all sources of learned authority, calls for mature strong Cheddar cheese. The cheese ought to be good enough to make a satisfying cheese on toast. This reflects Welsh rarebit’s cunning reversal of the standard modus operandi of cucina povera, namely improving humble ingredients with a dash of valuable ingredients like Parmesan cheese, cured meats or cream. Here, it’s the valuable ingredient, aged cheese, that’s stretched out into something better by adding common, if not cheap things like flour, beer, mustard and bottled sauce. It shouldn’t work, but it does. Each brings its own particular take on savoury flavour that amplifies the salty and twangy umami of the Cheddar. And then there’s the texture. The roux that begins this dish and the emulsive properties of the mustard make for a creamy cheesy sauce that lies between the double crunch of the toast below and the hardened crust of browned cheese above.

Welsh rarebit is not difficult to make, but it does require some effort, a little bit of time and some cleaning up. A simple cheese on toast is delicious enough: Juliet Harbutt told me there is no cheese she wouldn’t toast on a piece of bread. And there are cheats: spreading a bit of strong mustard mixed with a dash of Worcester sauce on the bread before adding cheese and popping it into the toaster is a serviceable simulacrum if the time or energy needed to take a pot out of the cupboard and stir it over a stove just aren’t there. (It happens to the best of us.) But if you’re ready, willing and able, what an amazing and tasty lesson in culinary transformation awaits. 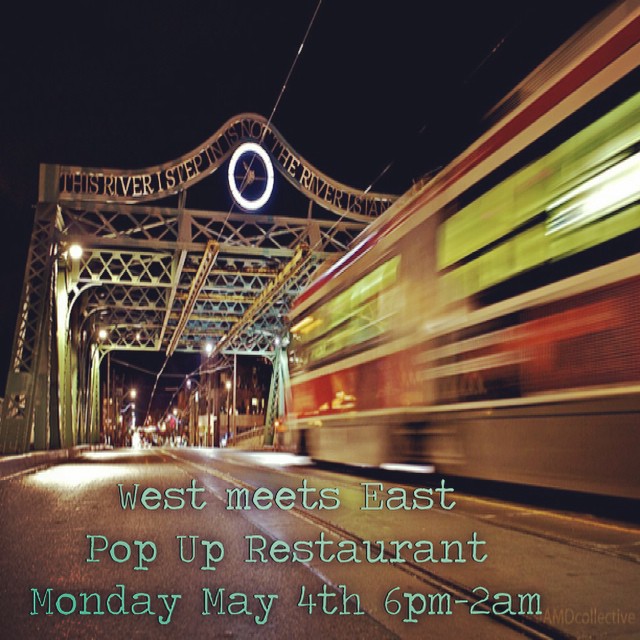