What Went Down at the Pinot Party 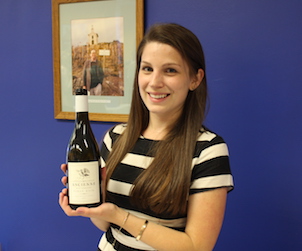 Pinot Noir is an evocative grape that brings forward, at least in my addled brain, many connotations. But when I imagine a glass of elegance and red fruit finesse the first association that comes to mind isn’t “party”. Champagne? Chardonnay? Chenin Blanc? Sure, but that noblest of noble grapes, raised for the glory of God by the monks of Cluny, is surely more suited to quiet contemplation at candle lit tables than some kind of boisterous, loud rager? Right? Wrong: I went to the Canadian Association of Professional Sommeliers (CAPS) Ontario Chapter’s Pinot Party this week and got schooled.

The Pinot Party was held at the Lifford Wine Agency‘s HQ on Jarvis Street, and they were there in full force. So were a number of other Toronto-based agencies familiar to Good Food Revolution readers, like Nicholas Pearce Wines and Le Sommelier. There were also domestic producers from as near as Niagara and Prince Edward County and as far as both the Annapolis and Okanagan Valleys. And there were distinguished foreign producers in the room from as near as the USA and as far as Chile and New Zealand. There was, in short, a lot of Pinot Noir and a full list of all the producer is just a click away at the CAPS Facebook page here.

The event was, of course, a fundraiser in support of the professional development and trade advocacy work of the not-for-profit CAPS. It began in the afternoon, with a sold-out master class seminar led by British wine writer Jamie Goode (a.k.a. Wine Anorak), which I sadly missed, but I am told included what might well be the first ever transnational survey of Canadian Pinot Noir from BC to Nova Scotia. I arrived for the walk-around portion of the Pinot Party held afterwards. It was packed and full of happy wine trade and journalists, supporting the cause and tasting as much Pinot Noir as they could. CAPS Media Director, Kim Gertler, describes the event thus:

The Pinot Party was once again a big success for CAPS.  The wine and sommelier community really stepped up to support. In Jamie Goode’s master class we showcased some of the finest Pinots from across Canada alongside top regions from around the globe. We had winemakers from Ontario, Nova Scotia, Chile and New Zealand.  It’s a great way to combine wine education, networking and a great party, all the while raising thousands of dollars for sommelier educational programs and competitions.

I thought with an hour and a half or so I would cover all the wines, but no way. This wasn’t just a tasting, it was a genuine industry party with talking, joking, laughing in between sips. It was great fun. Here’s just a taste, as it were, of what I found there. 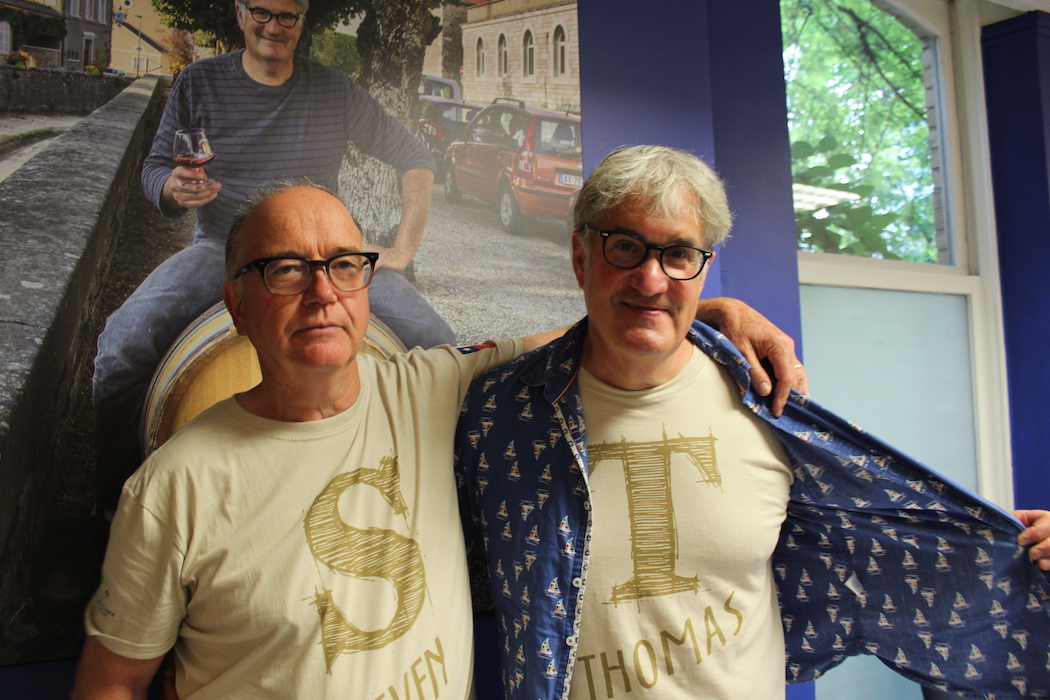 Le Grand Fromage de Lifford and Pinot Party Host, Steven Campbell, poses with another third of his latest project: a Chilean Pinot Noir called RST. RST putatively stands for ‘Real South Terroir’, but suspiciously seems to correlate to the first initials of the three amigos who’ve created it: Roberto Escheverria, Steven Campbell and Thomas Bachelder. I tried it: its lovely and nothing at all like anything else Thomas makes, nor what I imagine a hot climate Chilean Pinot might taste like. It was very floral and full of bright red fruit. Apparently it’s being sourced from a cool site on the banks of the Colchagua Valley that Roberto, a second generation winemaker at his family’s Viñas Escheverria who was also at the Pinot Party, found. Stay tuned for more on it. 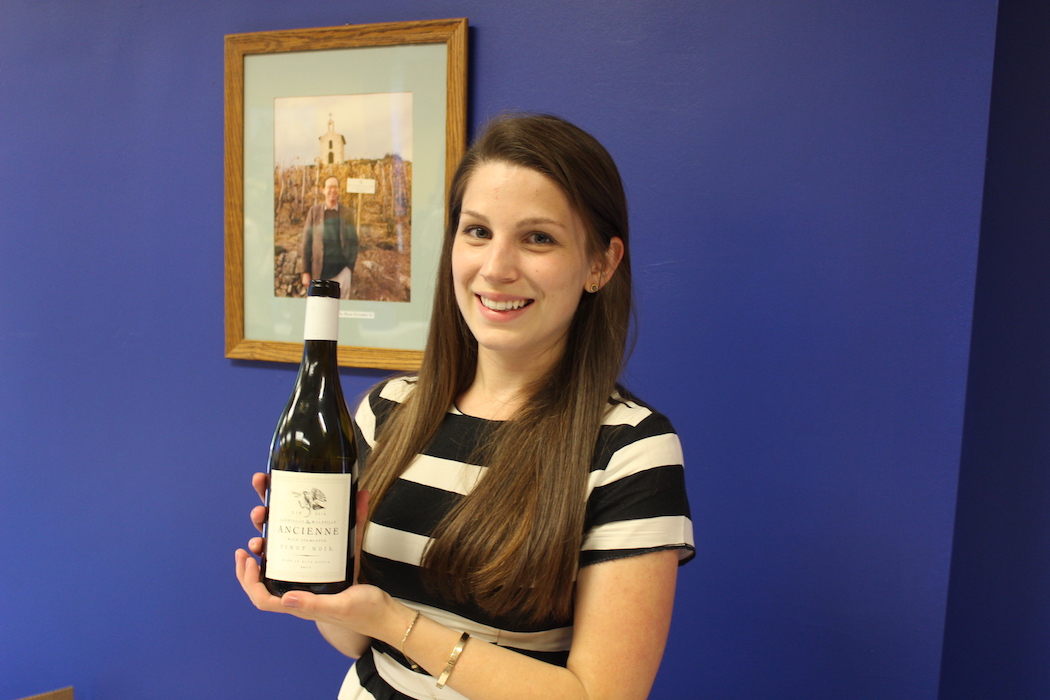 Here was another first for me: 100% Pinot Noir from Nova Scotia’s Lightfoot & Wolfeville Winery. Rachel Lightfoot poured it for me and explained that although her family’s wines sell out in Nova Scotia Lightfoot & Wolfville is starting to sell in other provinces: they’ve made a deal to get into Quebec and are in some stores in Alberta. She hopes Ontario is next, and so do I: the Ancienne Pinot I tried, 2013 and 2015 was lovely; much more concentrated than I would have guessed. I will keep an eye out for their wines going forward.

For some reason I had never met Ilya Senchuk, nor been to Leaning Post, the winery he owns with his wife Nadia near Winona. I must have tasted his wines, but trying them at the Pinot Party seemed like a fresh start. Lovely cool climate Ontario Pinot Noir, especially from the famous Lowrey vineyard. I will be keeping my eyes open for Leaning Post wines going forward. André Proulx, as you can see, has been way ahead of me on this. 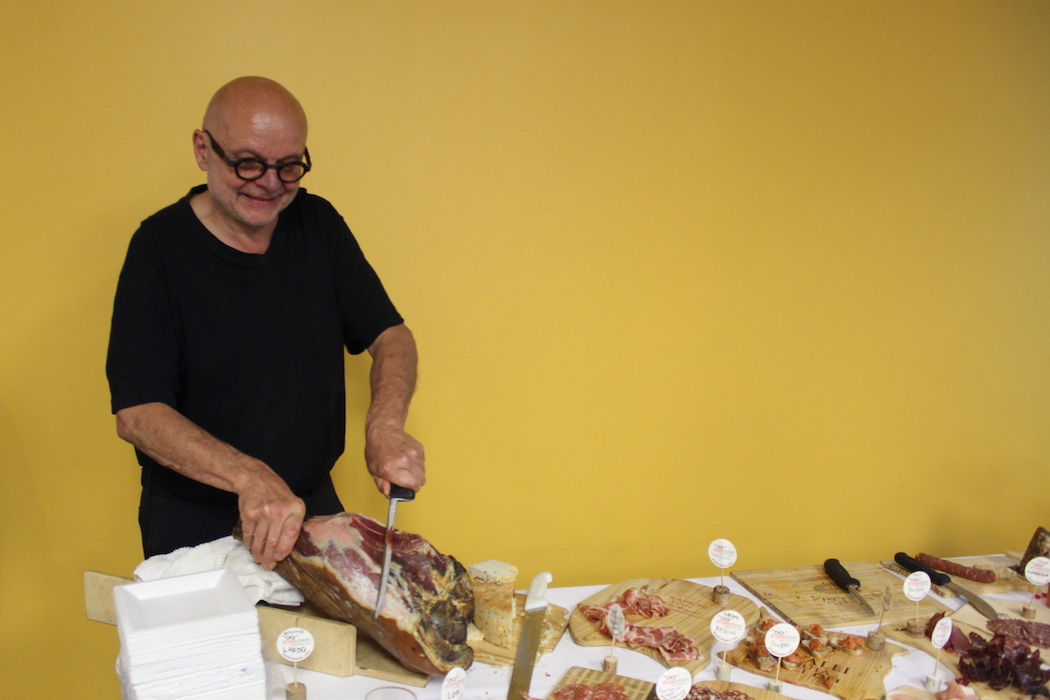 My favourite salumi man Angelo Bean was in attendance, with a bout a 100 kilos of cured meats from his home base in Prince Edward County. There must of been more than two dozen different things to taste: meat paradise. He even brought along some traditional bread from a recipe native  to Campania, where he was born and raised. It had a special ingredient: lard, and it went very well with a slice of lardo on top and mouthful of Pinot Noir. Once I found Angelo’s table in the far corner of the tasting, I didn’t move very far, which was fine because… 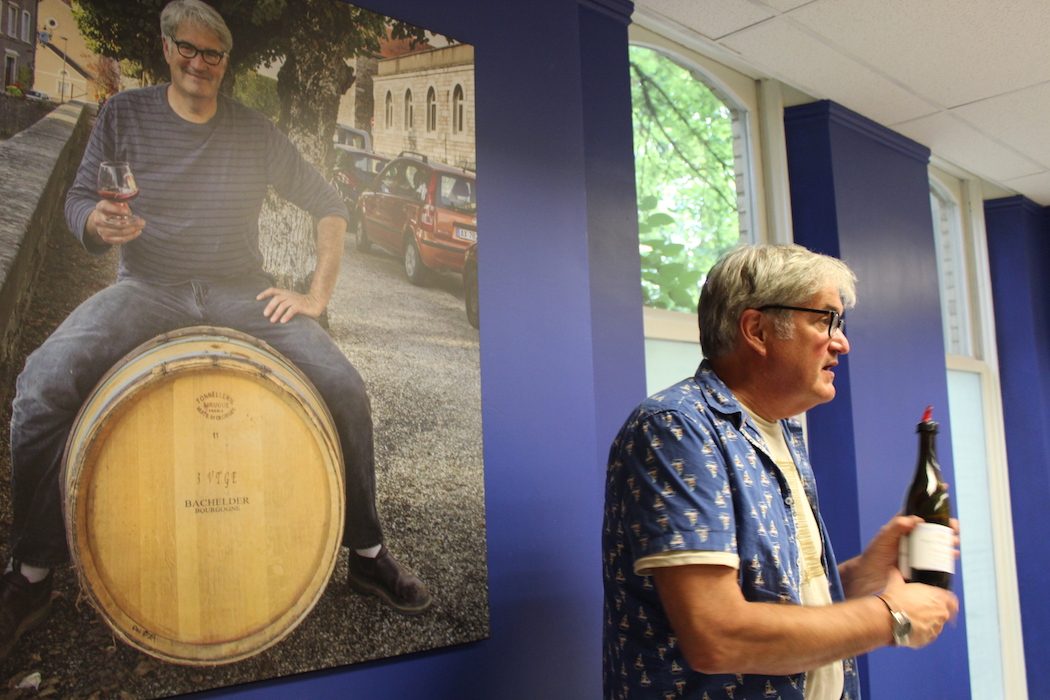 Next to Angelo Bean I found Thomas Bachelder’s table. It was a big table stacked with bottles of Pinot Noir, although it didn’t even have all the Pinot Noir Thomas makes, since Domain Queylus had their own table nearby. With the addition of RST (see above), Thomas makes wine on three continents, and it was a treat to taste through different vintages from Niagara, Oregon and Burgundy. Despite Thomas’ trans-continental life, or maybe because of it, he is a tireless supporter of Canadian wine and winemakers and was emphatically pleased to be in the same room with so many other producers and to have been at the master class, calling the Pinot Party a ‘landmark event’ and chastising, in a friendly way, me for missing the master class. I contacted him after the event to find out why he thought it was so important, and he wrote to me:

Canada is an emerging wine country, so we have evolved to be more collegial than competitive. It behooves our sommeliers, winemakers and viticulturalists to to help each other and walk the walk towards the truth. This might be the way, unlike how it is in most of Europe, to develop our region in this time of Mad Man marketing.

Well fair enough. So, the Pinot Party might not have been merely a lot of fun, a chance to taste Pinot Noir and talk to winemakers from all over the world, an opportunity to support the professional wine trade at home, it might very well also have been an exercise in nation building. Not bad for a few hours on a Monday afternoon.

More pictures here: Kim Gertler has put together a gallery of  pictures at the CAPS Facebook page  from the Pinot Party that does it much more justice than my few snapshots. 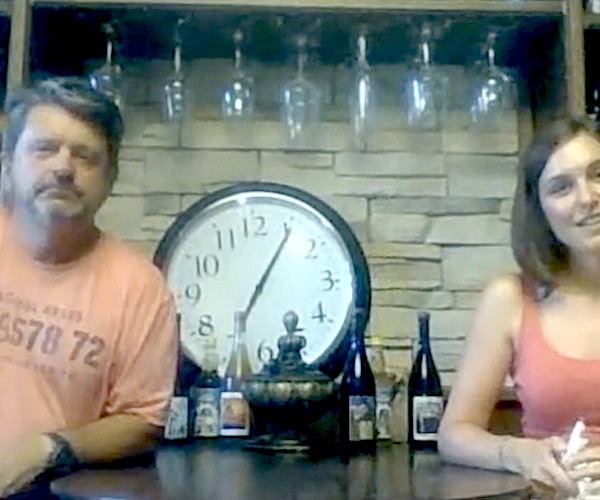 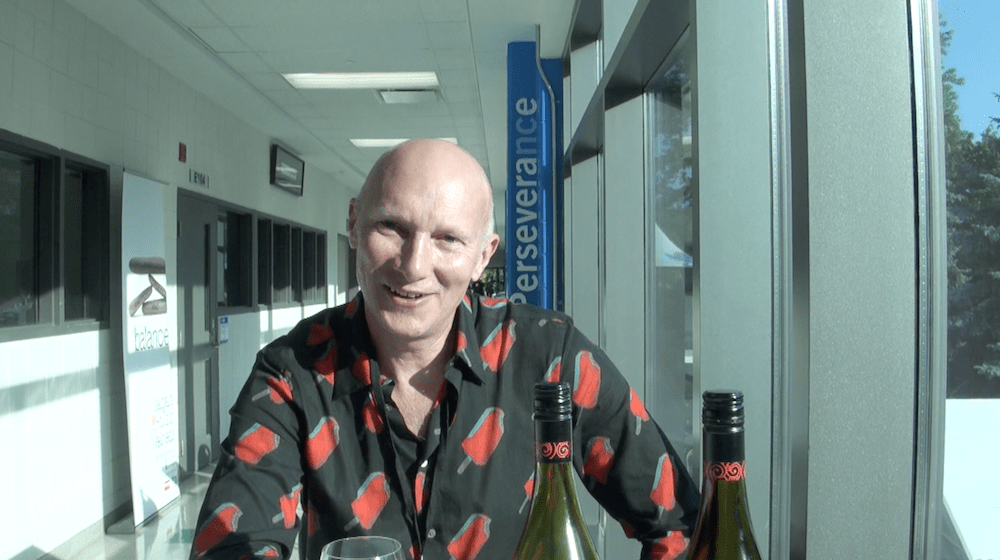 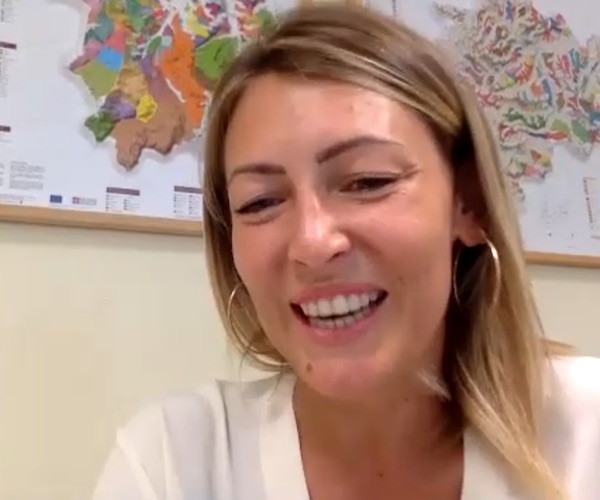