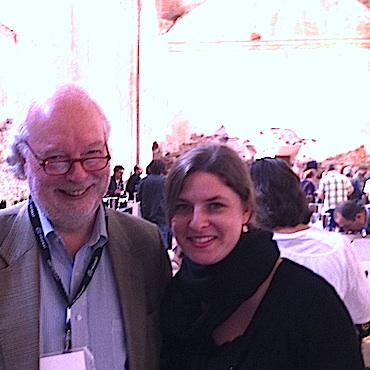 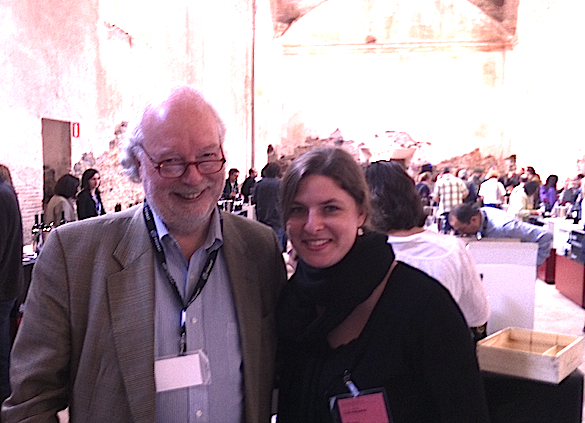 Before I traveled to Catalonia in May to attend Espai Priorat, the organizers of the wine show asked if there were any producers I particularly wanted to visit. I replied without hesitation that Clos Figueras would be on the top of my list, citing matters of professional and journalistic importance. That is and was true: the story behind the formation of Clos Figueras is a great one, and told in detail at the Clos Figueras website. But, I’ll confess now, there was more to it than that because I knew a visit would be worthwhile for selfish reasons. Having tasted the wines and met the proprietor, Christopher Cannan for this GFR interview in 2011, I knew visit would result in some delicious wine and good conversation. While I was right, it turned out I was in for much more than I bargained for because, since I had spoke to him last, he’s built a restaurant next to his winery, Les Figueres. So, my visit also included a delicious lunch and a quick lesson on Catalan cuisine from Christopher’s daughter Anne, who welcomed me and my journalist colleagues to their table.

The village of Gratallops is by the reckoning of Google Maps about a 150 kilometer drive from the Cathedral at Barcelona. But it seems much more distant and remote from the Catalan capital than that. As I wrote in my Priorat Primer post, the region is wild and rugged. Perched on the steep and rocky, often terraced, Priorat hills are its seven mountaintop villages, each with a church and often not much more than that. Gratallops’ population is 266, and it’s one of the bigger towns. Clos Figueras, the Cannan’s vineyard, bought and brought back to life in 1990s, is nearby. Figueras and figueres refer to the fig trees, which seperate the fields on the farm. Until a few years ago, the wine was made by Réné Barbier at Clos Mogador. But as production increased from both vineyards, the Cannans bought an old 17th Century cellar in Grattalops and began making their own wine. 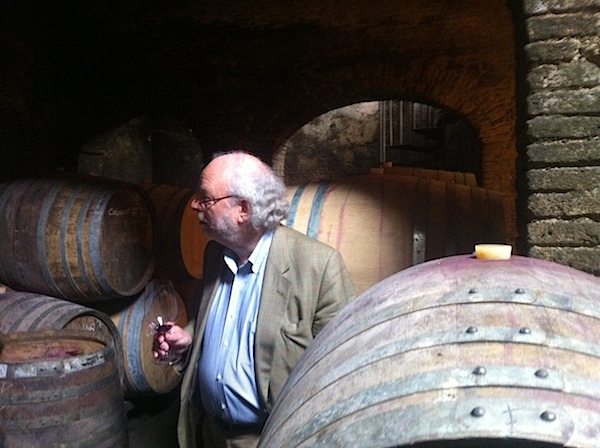 Christopher Cannan gave me and five fellow travelling journalists a tour of the vaulted stone ceilinged celler and a gave us a series of barrel tastings from the 2012 vintage: Syrah, Grenache, Carignan and Cabernet Sauvignon. Cabernet Sauvignon, the one ‘Atlantic’ varietal in the otherwise ‘Mediterranean’ mix, is a holdover from the replanting of Priorat in the 1980s and 90s. Cannan remarked that while he thought small amounts of Cabernet were absolutely essential to make wine true to the acclaimed Clos Figueres style, as he has planted more vines through the years, he had stuck with the ‘SGM’ varietals, which seem best suited to the terroir. At this young point in their evolution, of all the barrels we tasted, the Grenache jumped out as lush and full of fruit. (At Clos Figueras, they refer to their grape varietals by their French names, other Priorat wineries use the Spanish or Catalan ones: Garnacha and, in particular, Cariñena or Samsó since it is thought to have originated here or nearby in the Kingdom of Aragon. 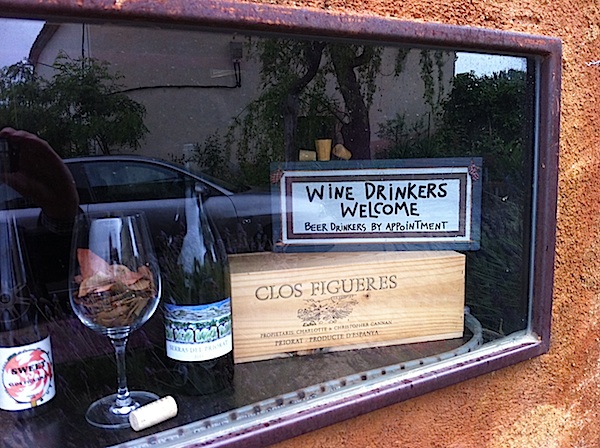 In the last few years they bought the building next to it and opened Les Figueres, what they call their ‘enotourismo’. It’s a wine shop and a restaurant, with a lovely terrace and garden with magical views of the surrounding hills. Much of what is eaten is grown on site – or raised, in the case of the chicken coup next to the cellar. They also sell and serve their own olive oil. It is, more or less, a wino-locavore-gourmande paradise. 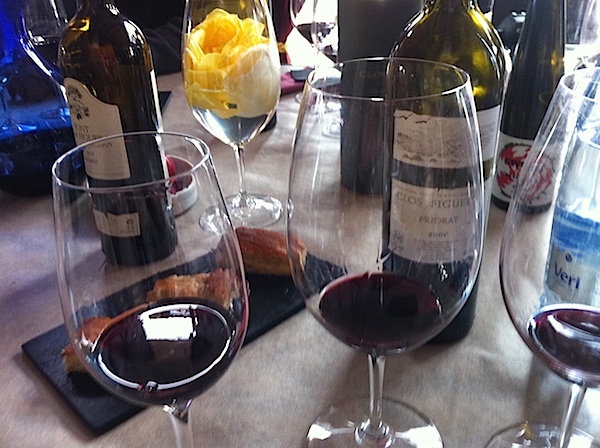 Christopher Cannan’s English accent is melodious and measured, but I was reminded that he has lived the bulk of his life as a Bordelaise wine merchant when I met his daughter Anne, who is thoroughly French. “My father wouldn’t allow us to speak English in the house”, she explained. She and her husband live in Barcelona, where he works, but she spends much time at the winery and has begun taking on wine making responsibilities. We sat at a long table, indoors as an atypically wet winter in Priorat was stetching into a bit of a wet spring day, and tasted through the Clos Figueras portfolio. First the 2012 Font de la Figuera Blanco, made mostly from Viogner grapes that were planted by mistake when a Rhone nursery sent them to Cannan instead of the Cabernet Sauvignon he had ordered. After a few years of refusing to turn red, they realized the mix-up and decided to see if they could make a white wine. It’s blended with Chenin Blanc, which gives it a lovely lift and acidity. Unfortunately, it’s made in very small quantities. Then, the 2012 Serras del Priorat, which Anne makes from their youngest vineyards and gives the fruit the least time in barrel. It’s fruity and lovely, and after tasting scores of highly structured Priorat reds was wonderful on the palate. At around $30 a bottle it’s their ‘bargain wine’. Then, the 2009 Font de la Figueras Tinto, the Grenache and Carignan fueled wine made chiefly from Cannan and Barbier’s orginial 1998 plantings, it showed more structure than the Serras, having spent more time in oak, but also deeper fruit, running from red Grenache to black Carignan. Then, we got into the flagship, the wine Robert Parker throws 90s at, Clos Figueres, tasting both the 2006 and 2007. They were so good, I stopped taking notes. The Clos Figueras is made from older vines, of 60 or more years old. Carignan from old vines makes a particularly delicious wine, which is (at least at the $100 a bottle end where Clos Figueres lives) a sort of Priorat trademark. Perfumed and complex, the SGM plus Cabernet blend showed blackberries and violets and delicious as they both were, each could easily be put down to age. The tasting ran through lunch and ended with the 2011 Sweet, Anne Cannan’s micro-produced dessert wine made from 100% Grenache that was delicious and served with pastries. 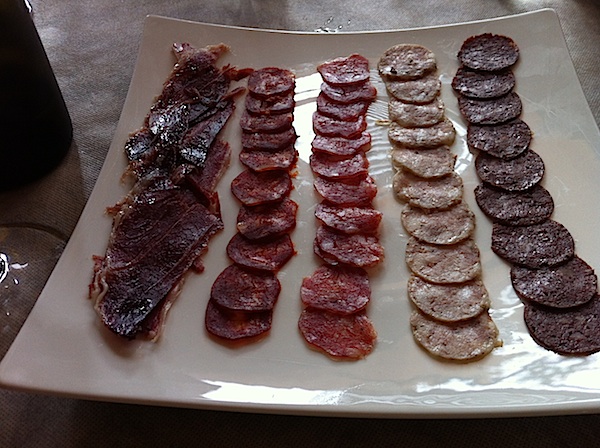 If the wines of Clos Figueras are studies in complexity, then the food at Les Figueres is a study in perfectly executed simplicity. We snacked on Spanish and local sheeps cheeses and cured meats, including white and black botifarra, which is the signature Catalan dried blood sausage. And w ate salad dressed with Clos Figueres’ oil made with 100% Arbequina olives. And a main dish of housemade pork sausage grilled with red peppers and eggplant and a potato, all from the garden. everything served was made with the freshest ingredients, or preserved with the greatest care, but there was one dish, assembled at the very beginning of the meal, that grabbed my attention and has followed me back home. 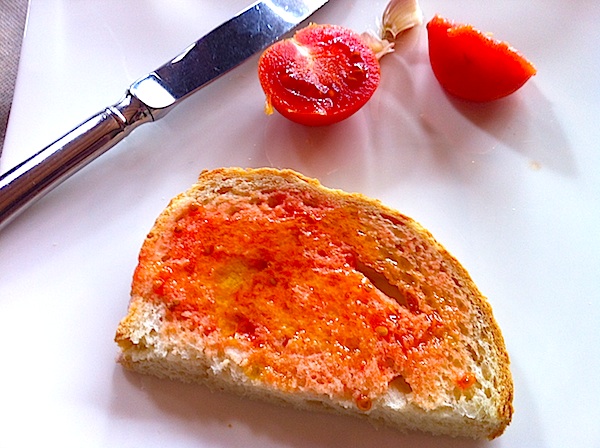 Pa amb tomàquet in Catalan means bread with tomato in English. It’s simplest thing, but transforms basic ingredients into something elevated. Anne Cannan showed me how to cut a cherry tomato in two, rub its flesh on a slice of rustic bread and dribble a bit of olive oil on top. That slightest touch of tomato works magic, delivering far more flavour than one would have thought and providing just the perfect hit of tartness to balance the green bitter of the olive oil. On my next piece I rubbed a half clove garlic, before applying the second half of the tomato and reached a kind of gastronomic ecstasy. Pa amb tomàquet washed down with some of the finest wines of the Priorat: life was good.

UPDATE: John Hanna & Sons (www.winetrader.ca) are Clos Figueras’ Ontario agents and can set up curious wine drinkers with at least some of the lovely wines mentioned above within, of course, the regulatory confines set out by our beloved monopolistic government liquor distribution apparatus. 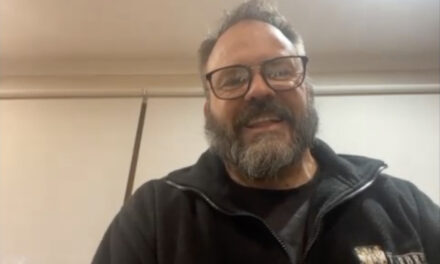 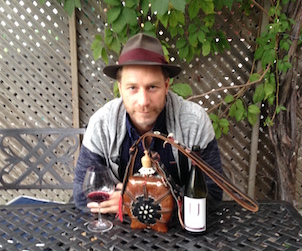 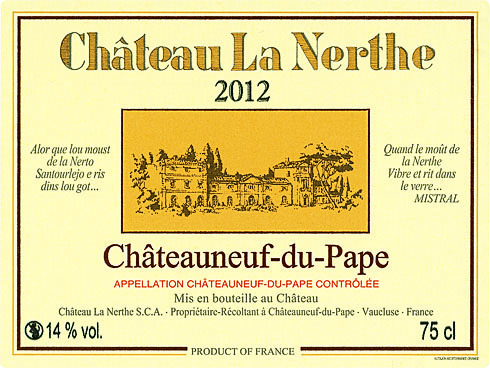 Try This Châteauneuf-du-Pape at the LCBO 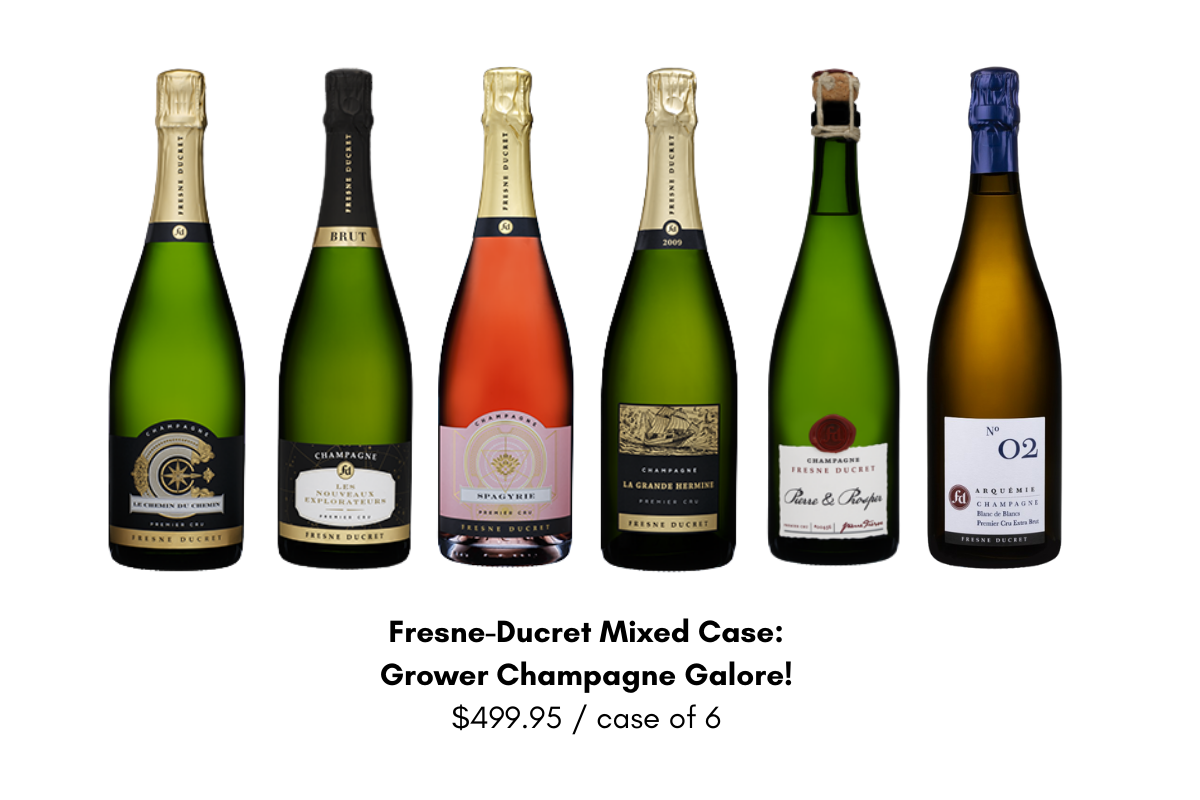