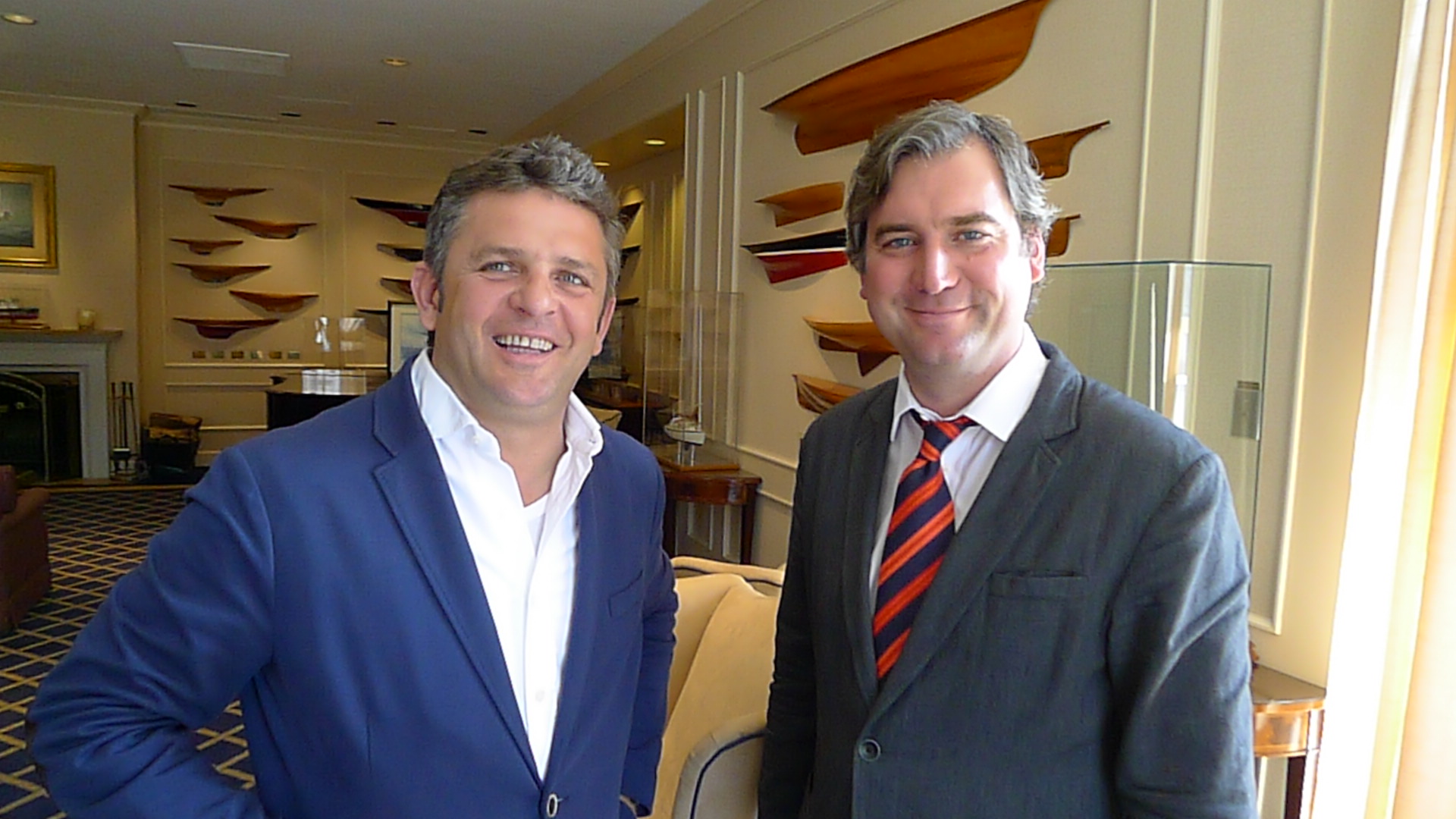 Alvaro Palacios has become one of Spain’s legendary winemakers in just over 20 years.    His father Jose Palacios Remondo was a pre-eminent Rioja winemaker at the family’s Palacios Remondo winery.  He sent Alvaro, the seventh of his nine children, to study winemaking in France at famed Chateau Petrus on the Right Bank of the Bordeaux region and in California at Stag’s Leap in Napa Valley.  His hope was that Alvaro would succeed him at their Rioja winery.  Instead, Alvaro struck out in 1989 at the age of 25 to find a way to emulate Chateau Petrus wines in Spain, creating a rift between them for almost a decade.

Alvaro and Rene Barbier, former export manager for his father, and three other winemakers became pioneers for Priorat.  Southwest of Barcelona near the sea, Priorat is one of the most rugged winemaking regions in the world, characterized by extremely steep vineyards with slate soil.  They planted Cabernet Sauvignon, Merlot, and Syrah around the village of Gratallops.  Alvaro became the main spokesman for their ‘Gratallops Project’.  He introduced the Burgundian system of village labeling to bring more attention to local terroir, as opposed to Spain’s larger regional D.O demarcation.

In 1990 and 1993, Alvaro bought two Priorat vineyards – Finca Dofi and La Ermita (considered the jewel of Priorat).  Unlike most vineyards in the region, La Ermita’s 1.7 hectares face north, providing shade from the intensity of the sun.  It also has old Garnacha vines planted in the 1940s, but is so precariously steep that mules are required in the vineyard.  In 1994, he produced the first vintage of his blockbuster wine, L’Ermita, a Garnacha based wine with a touch of Cabernet Sauvignon and Carinena.  Priced as one of the ultra premium wines of the world, it captivated the press including Robert Parker Jr.  L’Ermita expresses what Priorat wines have gained recognition for — dense tannins and intense flavours, due to extremely low yields.  Most Priorat wines have an alcohol content of 15.0% or over, but Alvaro aims to keep his within the 14.0% -14.5% range.

The vineyards of Bierzo in the northwest of Spain also caught Alvero’s eye during his travels in the 1980s.  Protected by surrounding mountains from extreme temperatures, it has a diversity of soil types, with over 70% planted to old vine Mencia grapes.  In 1998, his 21-year old nephew Ricardo convinced Alvaro that the indigenous Mencia grape could gain as much success in Bierzo as Garnacha had in Priorat.  The result was the joint venture – Descendientes de J. Palacios – named after Alvaros’ father.

Alvaro is also becoming influential in the Rioja wine region.  As the family rift began to mend in 1996, Alvaro’s brothers and sisters sought his input to the family winery.  He took over as winemaker after his father died in 2000 and refocused it on quality over quantity, driving down yields in the process.

He also poured three Bierzo wines.  Petalos del Bierzo 2010 Descendientes de J. Palacios, Bierzo is a blend of 60-100 year old Mencia grapes from four regions in the valley, aged in barrel for a year.  Cherry coloured, floral aromas give way to sour cherry and plum flavours, with hints of Sultana raisins in the finish, supported by moderate tannins.  Only 76,000 bottles of Villa de Corullon 2009, Descendientes de J. Palacios, Bierzo were produced.  This intriguing Mencia grape-based wine has lovely floral scents, followed by a juicy palate and soft tannins.  Las Lamas 2009, Descendientes de J. Palacios, Bierzo is a particularly opulent wine from a small 1.5 hectare vineyard. Its powdery degraded slate soil retains the midday heat.  The most intense of their single vineyard wines, it is elegant, with plum flavours and a fine seam of acidity.

The first of three Rioja wines from the family winery was a white from the local Viura grape.  Placet 2009 Palacios Remondo Rioja is pale straw coloured and fermented in older vats for 11 months.  Floral notes, with an opulent citrus and white peach palate are underpinned by mineral and rosemary notes.  La Montesa 2009 Palacios Remondo Rioja is a blend of predominantly Garnacha, with Tempranillo and Mazuelo (Carignan) grapes planted by Alvaro’s father in the mid-1980s.   Aged in French barrels for one year, it has a vibrant palate of cherries, plums and pomegranate with cedar and spice nuances.  La Propiedad 2008 Palacios Remondo Rioja has fruit from 80-year old Garnacha vines, blended with Tempranillo and Monestrell grapes.  This deep garnet coloured wine is delicate, with an herbal component.

Edinburgh-born/Toronto-based Sommelier, consultant, writer, judge, and educator Jamie Drummond is the Director of Programs/Editor of Good Food Revolution… and he didn’t get a word in edgeways there! 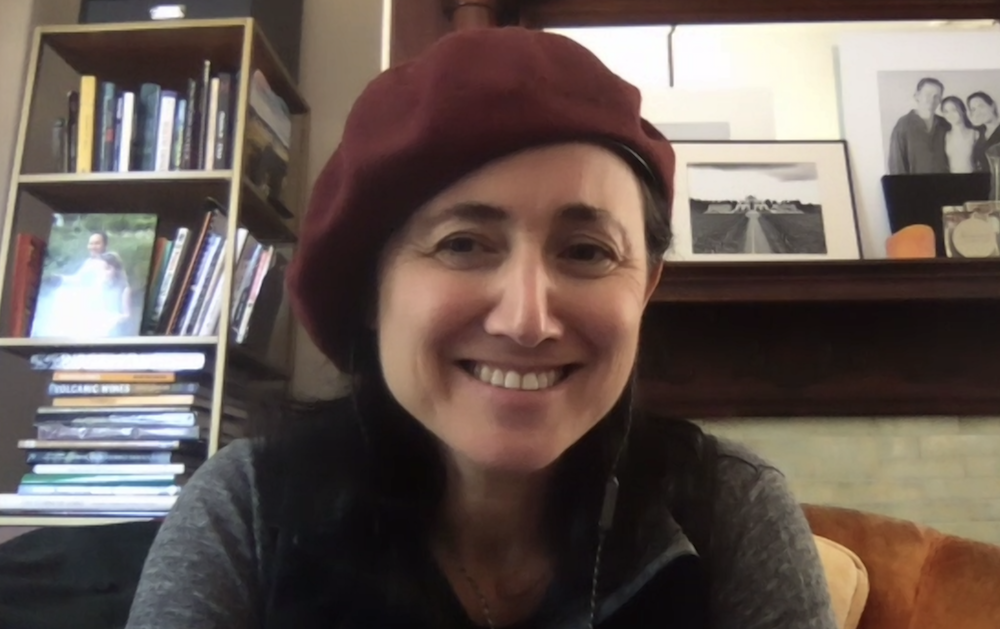 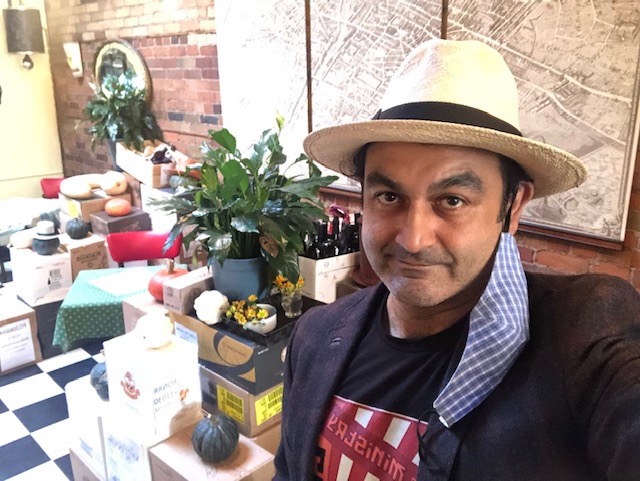 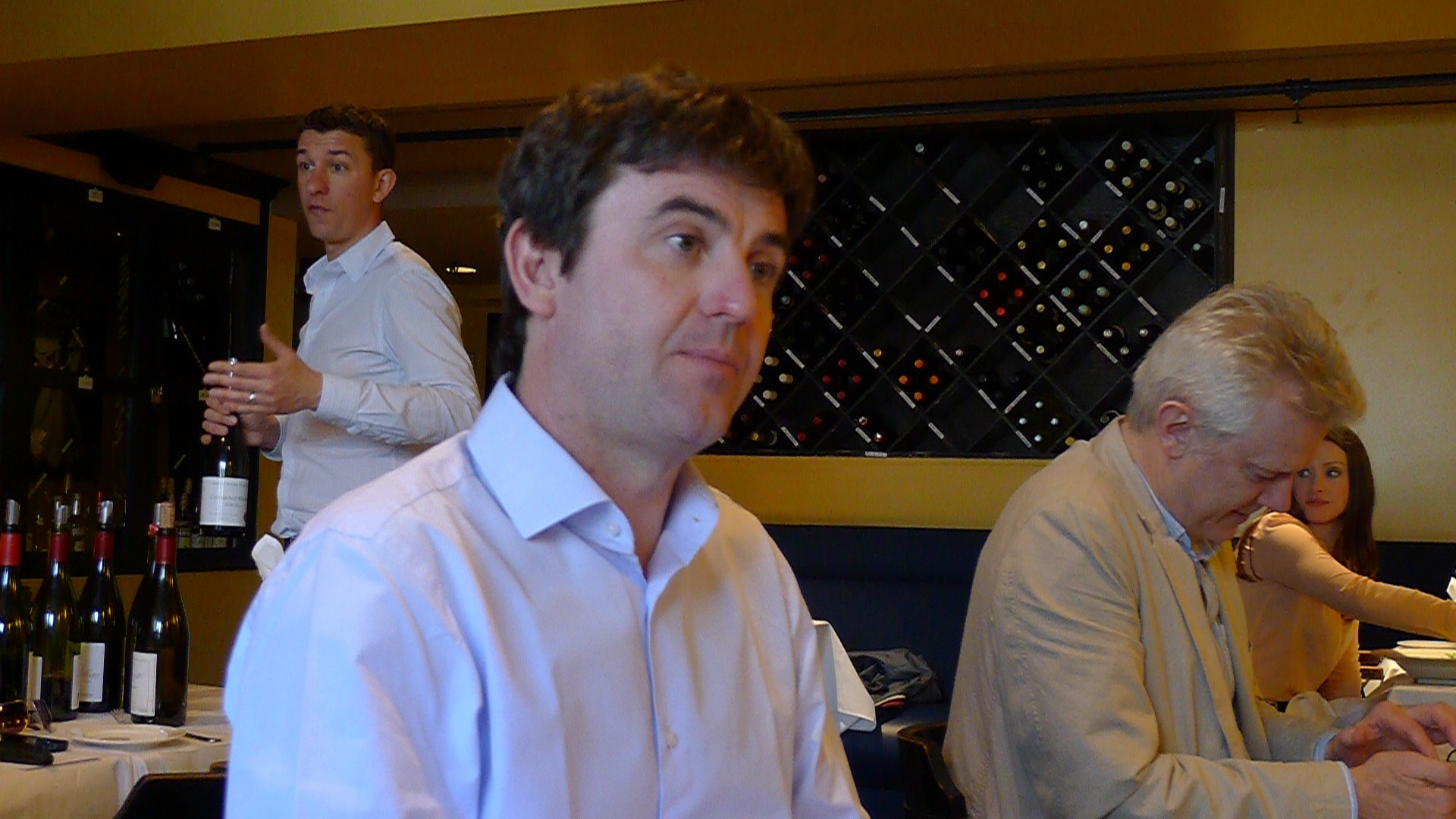 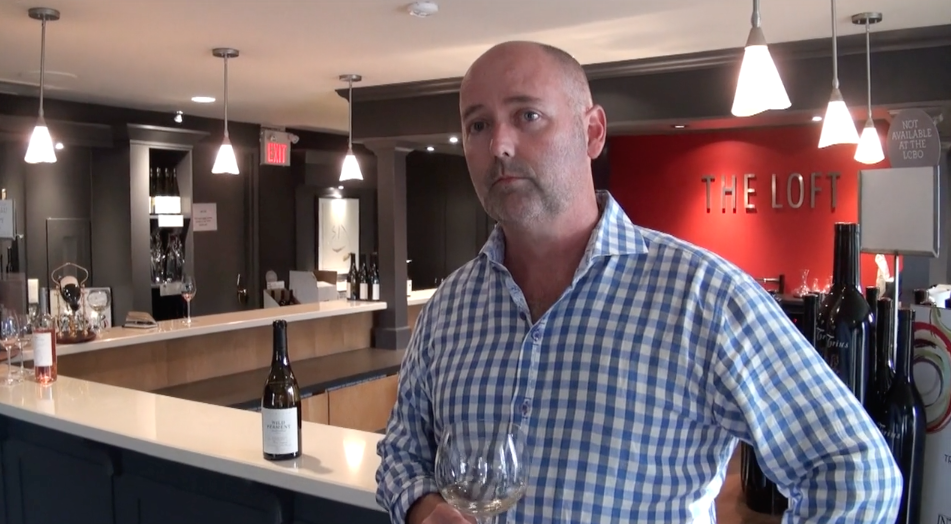 The Best Chardonnay That Craig McDonald Has Ever Made?