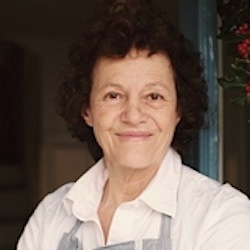 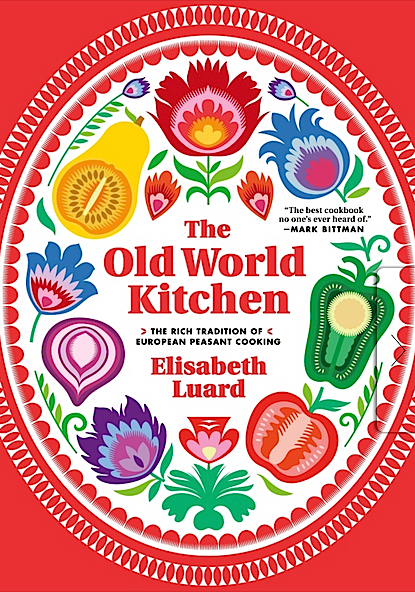 Random House has republished, in North America, Elisabeth Luard’s cannonical 1987 book The Old World Kitchen: The Rich Tradition of Peasant Cooking. The book was originally published as European Peasant Cookery, which sounds more fun but apparently made American marketers nervous. On the front cover of the new edition is a blurb attributed to Mark Bittman that reads “The best cookbook that no one’s ever heard of,” which is somewhat belied by the effusive blurbs on the back by Alice Waters and Jacques Pepin. But Bittman’s point (I presume) that Luard ought to be better known on this side of the Atlantic, stands.

In her native Britain Luard is well known as a writer, memoirist, journalist, broadcaster and illustrator. While her name is spelled with an “s”, Luard shares much writerly DNA with the Elizabeth she calls (in her tweets, no less) Mrs. David. She is the Director of the trust that funds The Oxford Symposium on Food and Cookery and, in fact, was urged on in her food writing career by the symposium’s founder, and hallowed author of that university’s press’ first Companion to Food, Alan Davidson. She and her writing, in other words, carry lineage and heft and it’s great news for North Americans who care about intelligent food writing that her publisher is giving her masterpiece on European farmstead cooking another chance to attract fans. 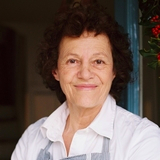 The Old World Kitchen covers peasant cooking from Scandanavia to the Balkans, with much attention on France and Spain, where Luard lived with her young family in the 1960s and 70s. The recipes, and attendant stories and explanations, are organized by type of dish and ingredient, so that it’s possible to get a sort of pan-European overview of stews, or pork dishes. At the time, as Luard explained to me in the interview below, her publishers were puzzled as to why she didn’t choose a particular cuisine. Now, in the second decade of the 21st Century when it’s possible to eat dishes from just about any country or region in the world, if you live in a big city, it the idea of a “European” cuisine seems prescient. (Although, as she points out in the interview below, regional differences in a dish are still very much essential to cooks’ identities.)

Also prescient was Luard’s focus on what she called the “peasant” way of life, which in modern hipster terms might be called locavorism and is (of course) the root of much contemporary food culture from the new interest in canning to city dwellers with illicit chickens in their backyards.

I spoke to Luard recently on the phone from her farm house in mid-Wales. The interview that resulted below has been edited…

Good Food Revolution: The first version of The Old World Kitchen (or European Peasant Cooking, as it was called then) was published in 1987. It seems to me to be very much ahead of its time. Can you tell me a bit of how the book came about?

Elisabeth Luard: I tend to write about things I have lived among. I had children and they’re a fantastic tool for letting you into a society because you’re vulnerable. People look after you and teach you stuff. They think you’re stupid [because] you have no idea how to stuff a sausage and that kind of thing. People are very patient, particularly in Mediterranean countries, so when the children were small was where my base knowledge came from.

GFR: In Spain and France?

EL: Yes, but my own early years were in Latin America, so I was kind of used to knowing that people cooked what they grew, if you see what I mean. As you can imagine they have much longer growing season than you and I have, so we’re much more dependent on imports for fresh food. But in Mexico and Uruguay, when I was a child, the markets were always absolutely full of stuff year round and people cooked with what was available. So, I think that made me aware that there were three cultures: the top end restaurant dining (which comes from Paris cooking), the little bits (which comes from city cooking – the poor eat what the rich don’t want), and then there is the other strata underneath which is what you can grow, and what you husband, and what you hunt, and what’s in the wild. It’s very local and I could see that was unrecorded.

GFR: I think you make that point in the book, that what you call ‘peasant culture’ is really just living off of the land as much as possible, even if there was a cash crop.

EL: Yes, because it wasn’t the end of the world if the cash crop failed. And that’s still true to some extent where I live in Wales. My neighbours are shepherds [whose families] have been here for long enough – for enough generations – to be able to talk about the changes that have gone on. Everybody who farmed for sustenance, who had a cow and kept a pig, and grew upland grains (because we’re quite high) pretty much were self-sufficient at a time where you really didn’t need money. Nobody wants to live like that now with television and cars and things like that. But there is still a memory of when life was lived liked that, and quite an affectionate one, too. Considering the lifespan of people, that people now live 20 years longer, and they don’t have to be out in all weather, the peasant life is not something they want to go back to as a way of life, but on the other hand there is a nostalgia for it.

GFR: One thing I like about the book is that it’s organized, more or less, the way that I cook, by kinds of dishes, like stews, or soups. And there’s a sort of pan-Europeanism to it, which made me think that, since in big cities we eat dishes from all over the world, that the idea of European food (as opposed to French or Italian) might have been really ahead of its time.

EL: Yes, it was very much ahead of its time and I didn’t think I’d get a publisher for it. I was asked if I really wanted to do it, if there wasn’t something else in particular, and I said yes this what I wanted to do and I wanted to call it as I saw it, ‘peasant cookery’. I had to explain that this wasn’t [meant to be] pejorative, although in English it really is: you can’t call someone a peasant! But this is what I had experience in, and I saw a gap and wanted to fill it.

But, as for pan-European, I was just in Romania and very close to underneath the surface [there] is identity and the way that you cook. I would ask people what the cooked when they got together for things like Sunday lunch, and pretty quickly the differences – even between households – were evident. A family from the Mouth of the Danube, with Turkish-Ottoman influences – will do a ciorba one way and then complain that up in Transylvania they do it another way and that’s rubbish. And as for the next household, they put in too much garlic or chervil or something. [Recipes are] such a strong statement of identity and to some extent superiority! You separate yourself out by saying, “I do this, and they do that.”

GFR: In the book, you include recipes from the British Isles, including roast beef and Yorkshire pudding. I wouldn’t have thought of the roast as part of the peasant diet, but talk about ancient “oven rights”.

EL: Yes, it goes back to the Saxons. It may a bit borderline, but on the other hand, we roast stuff and if we can’t get [the meat], we get gravy. The poor would get the soaked bread or roast potatoes from the beef the lord had eaten. Looking at the landscape here, we can’t eat grass. It’s really difficult to grow anything else but grass, so we eat whatever eats the grass. It’s rather logical. 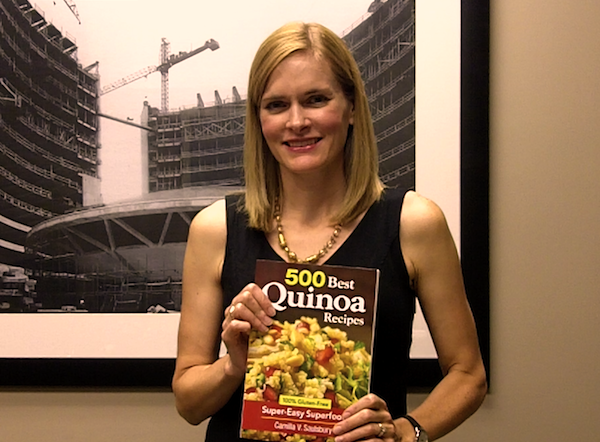 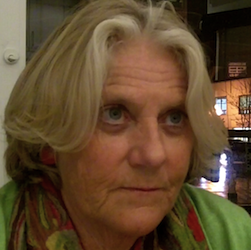 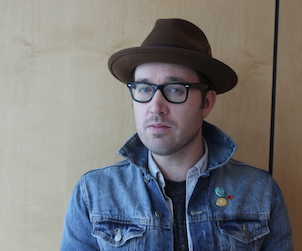 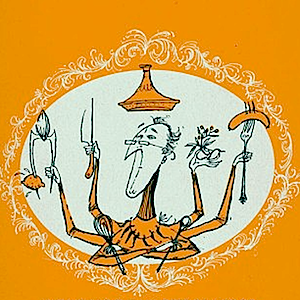