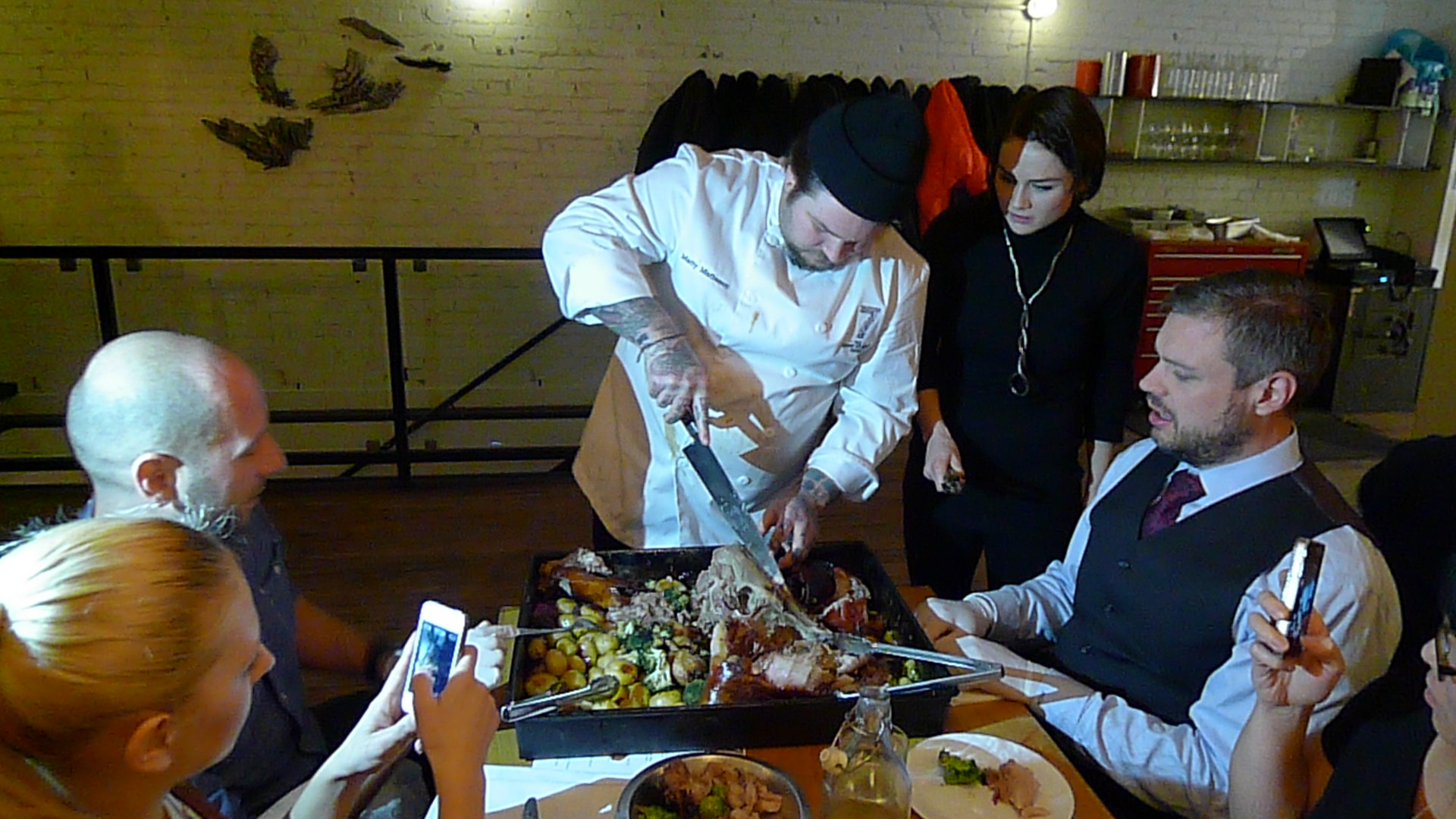 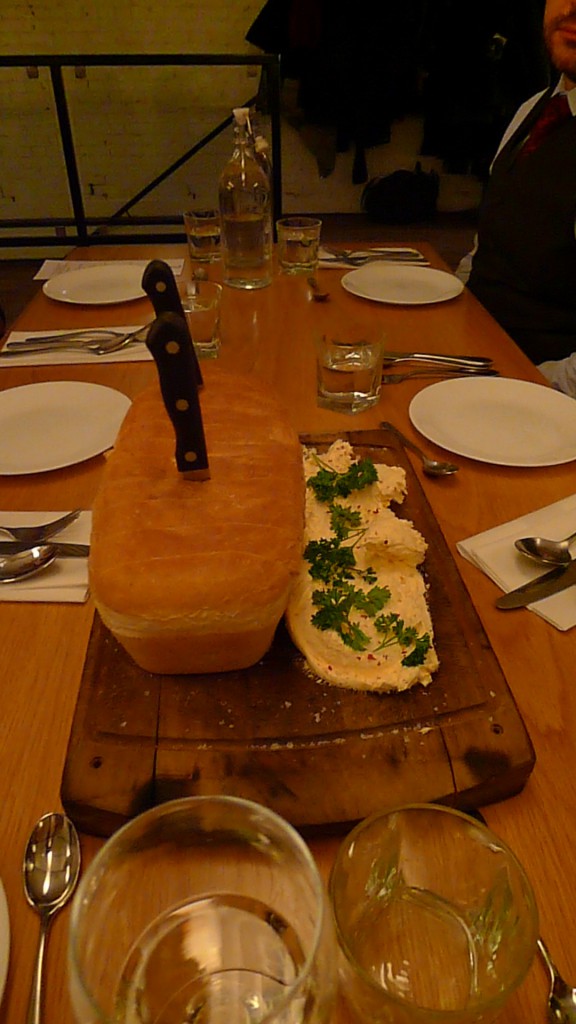 The evening started with a rather unorthodox presentation of bread and butter: Matty Matheson’s Mother had made the loaves of bread earlier that day… one of a few references to the Parts and Labour Chef’s Mother actually. When this arrived at the table I knew that we had made a good decision sitting where we did! Saying that, for complete disclosure, upon arrival Chef Matheson had whispered “Sit here! Sit here! These are my tables! Sit here!”… so seeing as he had the home advantage we took his sage advice…

While it is easy for writers who have previously worked in the hospitality industry to strike low blows against Winterlicious (and its Summer incarnation), it has to be said that this initiative does bring a great deal of business to scores of Toronto restaurants who can really suffer during the quieter months of the year.

A few weeks back I noticed that Winterlicious had programmed a number of special Winterlicious eventsacross the city, many of them sounding extremely tempting.

Last week we joined fellow Scot Chef John Higgins and his students at The Chefs’ House for their Take The Highland Way evening. This week we’ll look at another one of these Winterlicious special events, The Four Ways Dinner at Parts & Labour.

The premise of this special event was that diners would arrive at the restaurant, sit at one of eight long communal tables and then be served a multi-course dinner cooked by one of four of the Group Of Seven Chefs; Scott Vivian from Beast, Bertrand Alépée from The Tempered Chef, Chris Brown from The Stop, and Matty Matheson from Parts & Labour… the twist being that (ostensibly) one would not know which one of them was cooking for you until the first course was presented. If you have already read my caption under the picture above you will be aware that I became privy as to where I was sitting almost as soon as I walked in the door. 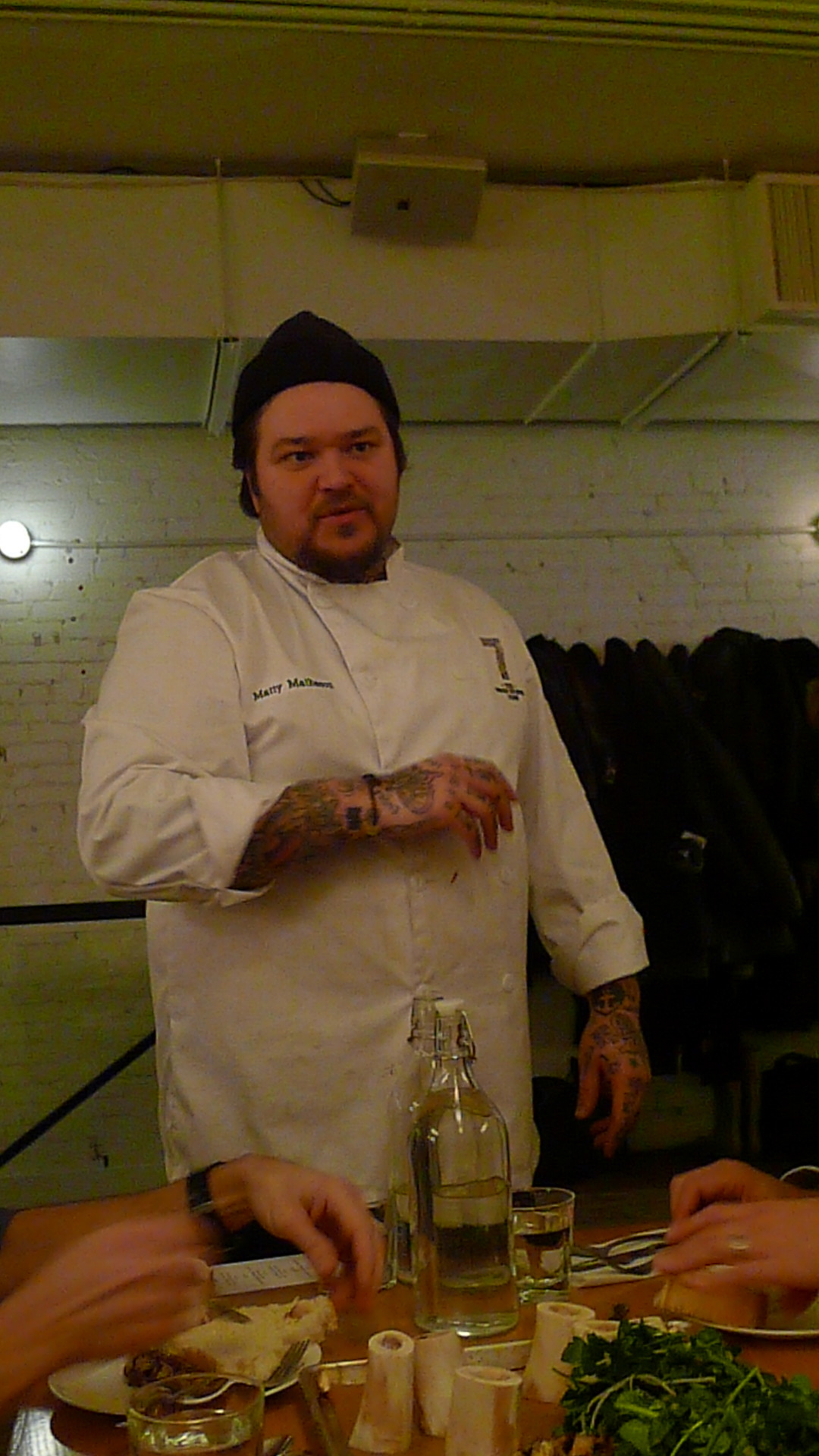 As much as I truly adore the food of the three other Chefs, I have to say that I was particularly happy to be on one of Chef Matheson’s tables. Yes, there was the aforementioned home advantage, but Matheson also turned out a rustic, hearty, family-style supper that was just the thing for that particularly cold Winter’s night. As the first course rolled out there were some audible gasps of envy from the surrounding tables… 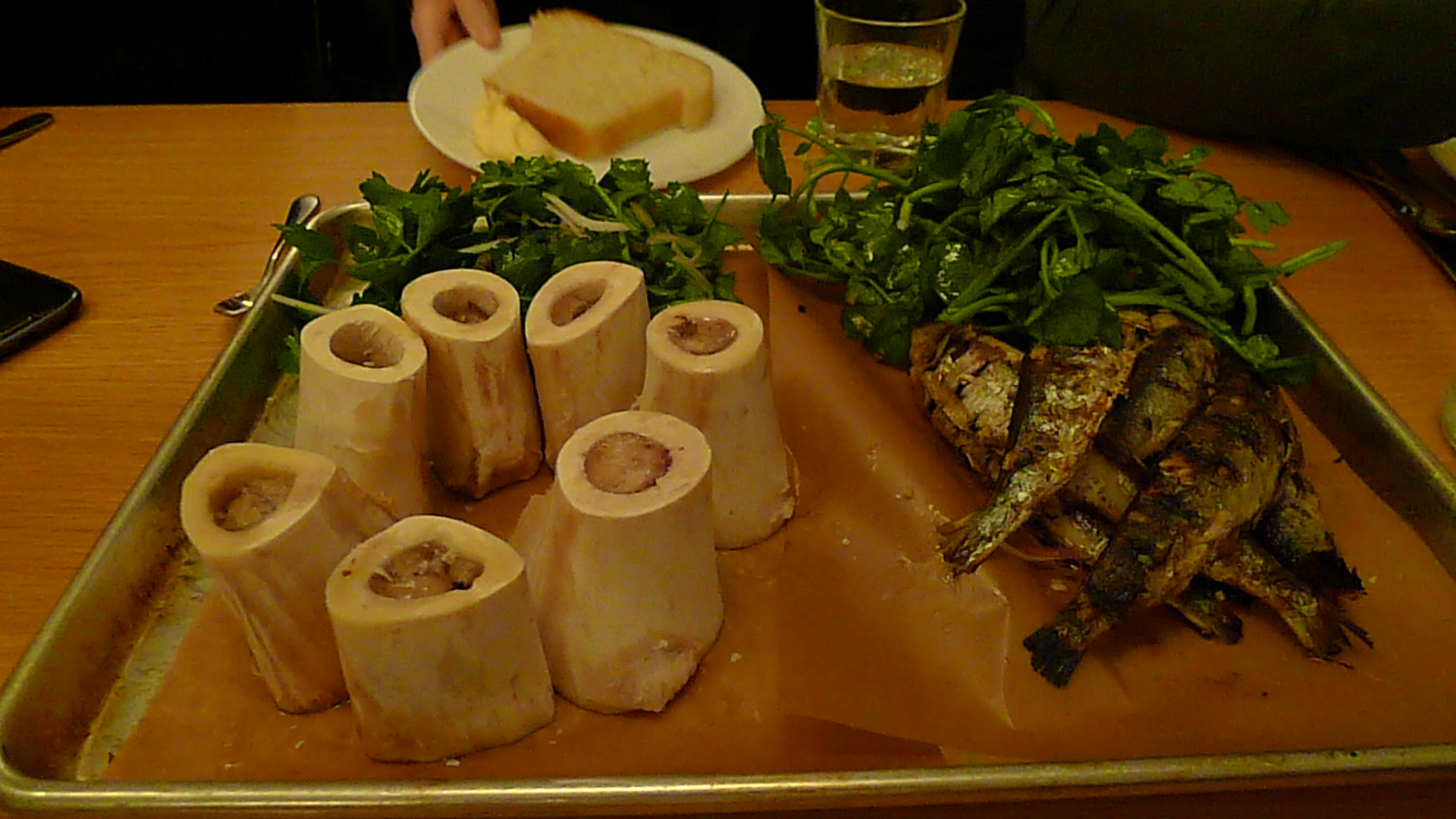 And so… to the first course. First, let it be said, there was a LOT of food. As the table behind us enjoyed flatbread and dips we had this wonderful spread placed in front of us… and this was just for four people! Bone Marrow with the requisite Parsley Salad (a la Fergus Henderson) as well as a huge stack of Grilled Sardines and Watercress. Utterly superb. While I can only eat so much Bone Marrow due to its inherent richness, a little piquant Parsley Salad with Capers and I was happily wolfing down four of the bones’ jellied centres. What a way to start the evening. I’m sure that fine flatbreads with dip on the other tables behind was delicious, but, well… you know. 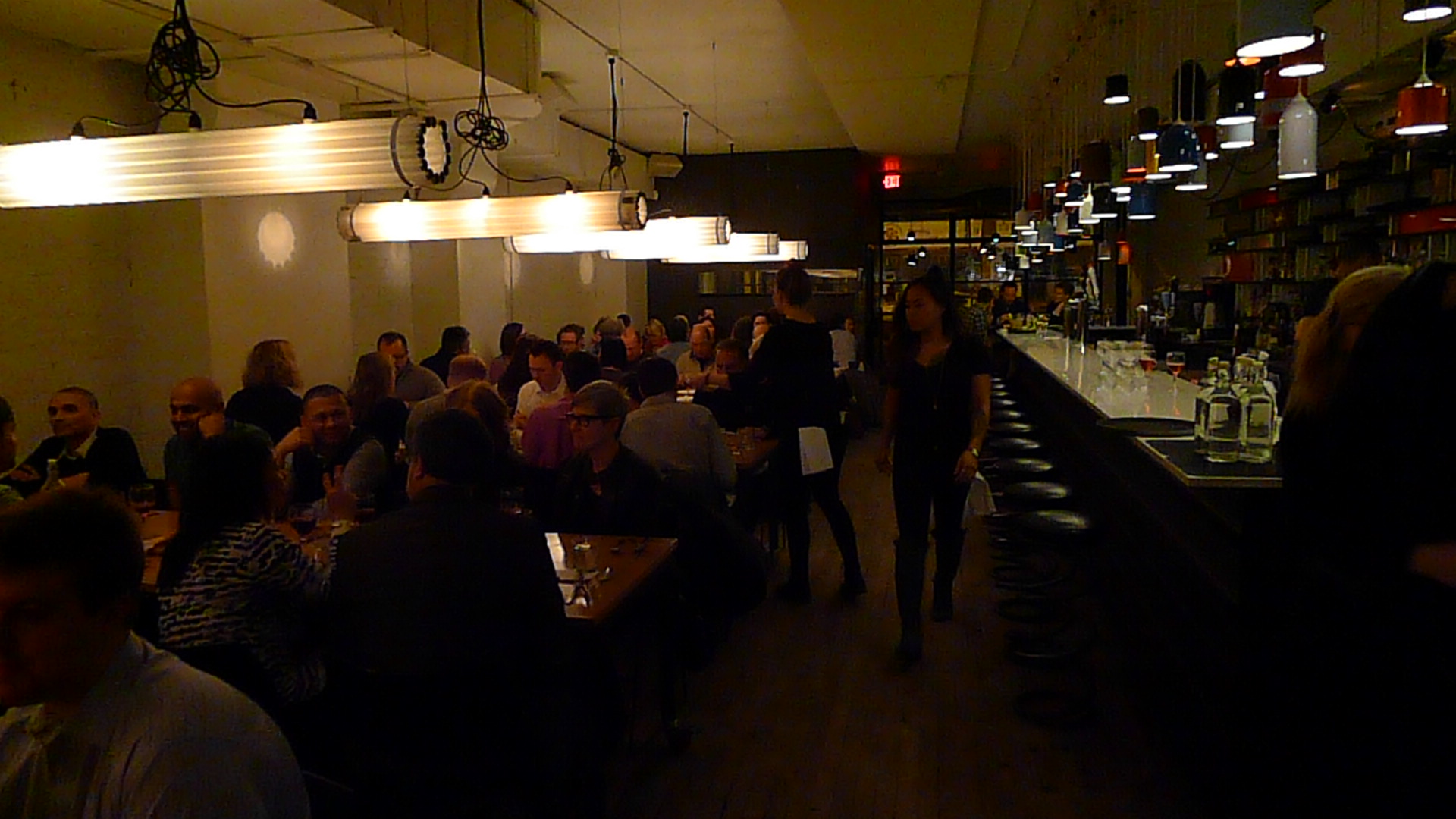 Despite almost being smoked out by the wood-burning fire at the beginning of the evening the crowd were incredibly enthusiastic about the entire evening. It was an extremely mixed crowd that wholly embraced the surprise Chef aspect of the event. The wines were provided by Good Food Fighters Rosewood and Stratus, although upon the evening in question I had made the decision to forgo vinous pleasures and stick with water as is the Winterlicious tradition (joke). 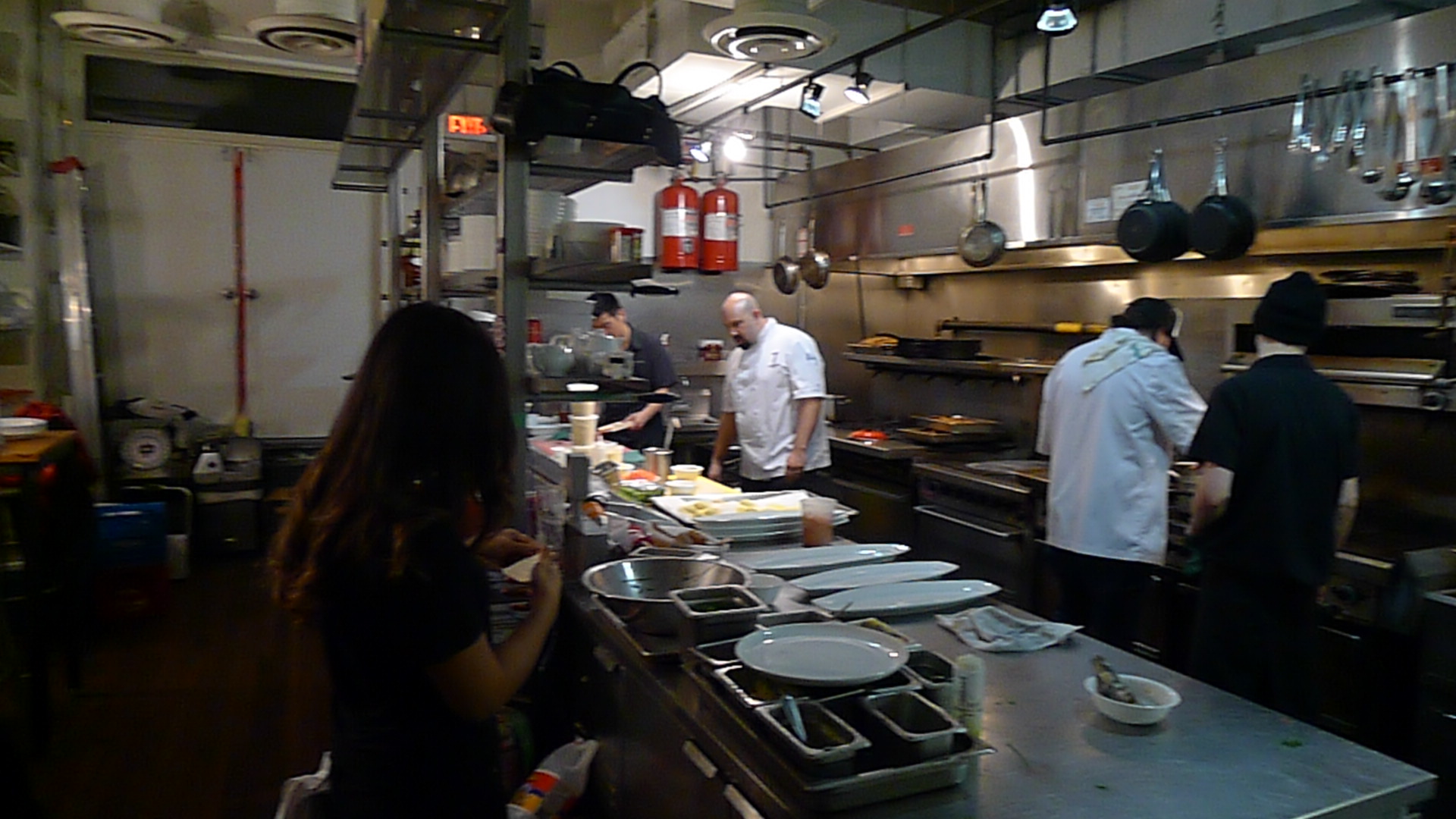 Despite the saying “Too Many Cooks Spoil The Broth” these Chefs play rather well together. Hell, there are usually 7 of them in there and everything goes swingingly! Here we can see Chef Scott Vivian looking a bit concerned about something. 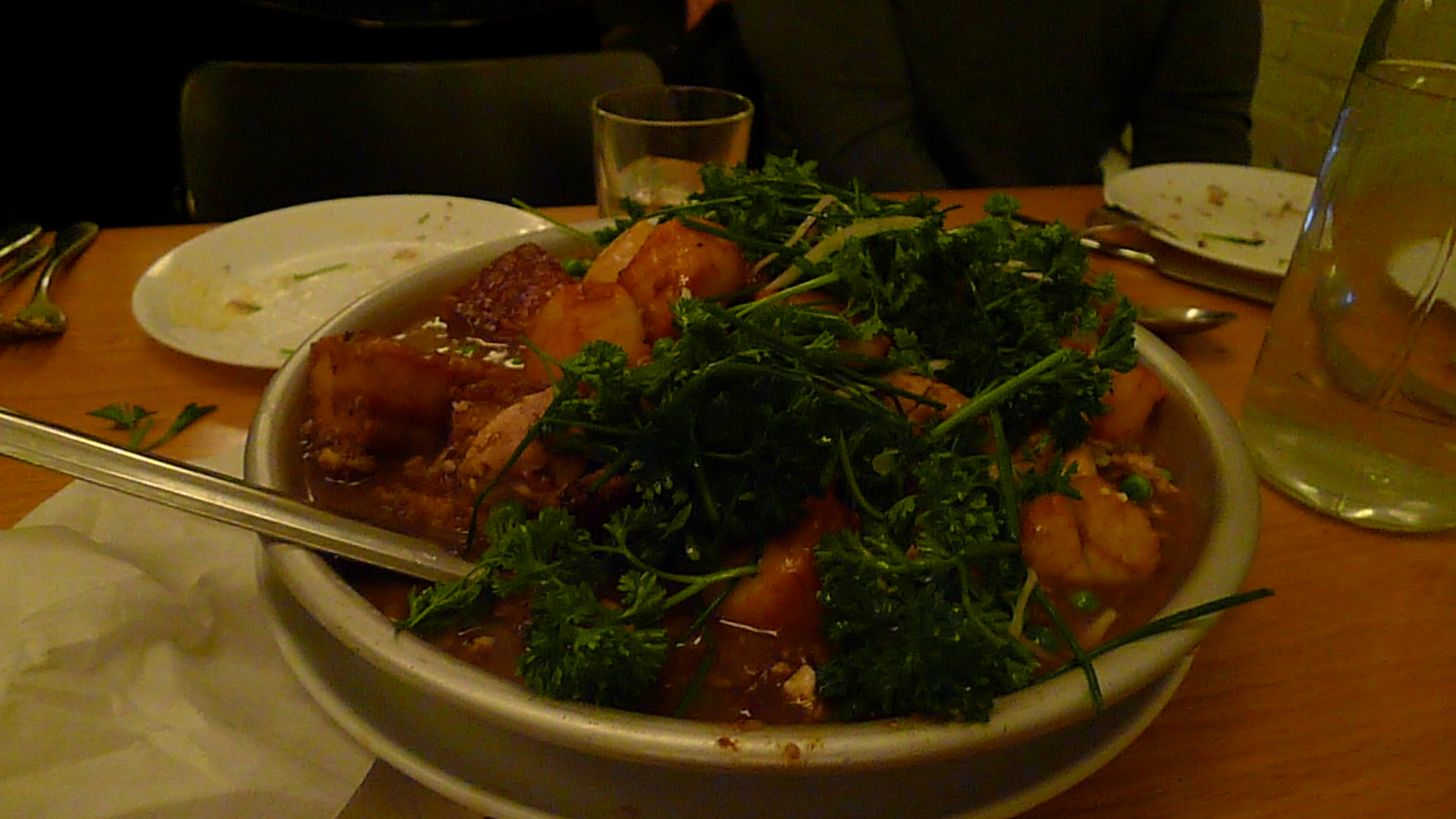 Next up Chef Matheson presented us with a special oat-based Winter stew of Scallops, Pork Belly, Sweetbreads, and Calf Brain. Now that may sound a bit much for some, but you have it on my good word that it was absolutely delicious. The textural combination of the oats with the flesh of the meat and shellfish components was quite fabulous. Again, the family style service really lent itself to Chef’s selection of dishes. It should be noted that at this point I was actually already full… but there was more to come… 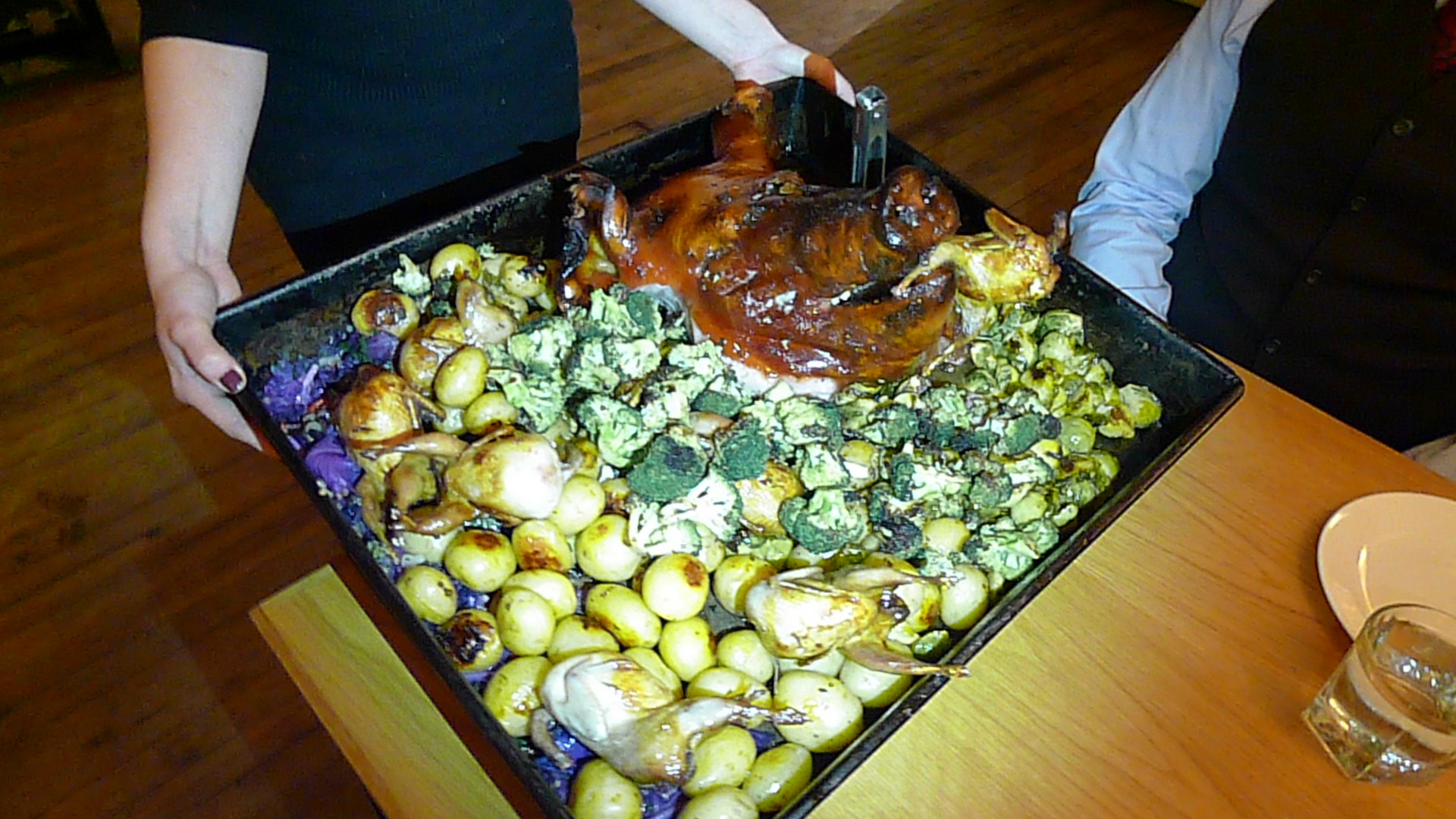 And so to the main course: Pig’s Head with Roasted Quails, Potatoes, and Brussels Sprouts. This was certainly a showstopper, with some many folks from other tables making their way over to take pictures of the presentation. It was an explosion of iphones as the aromatics of Roasted Pig filled the room. 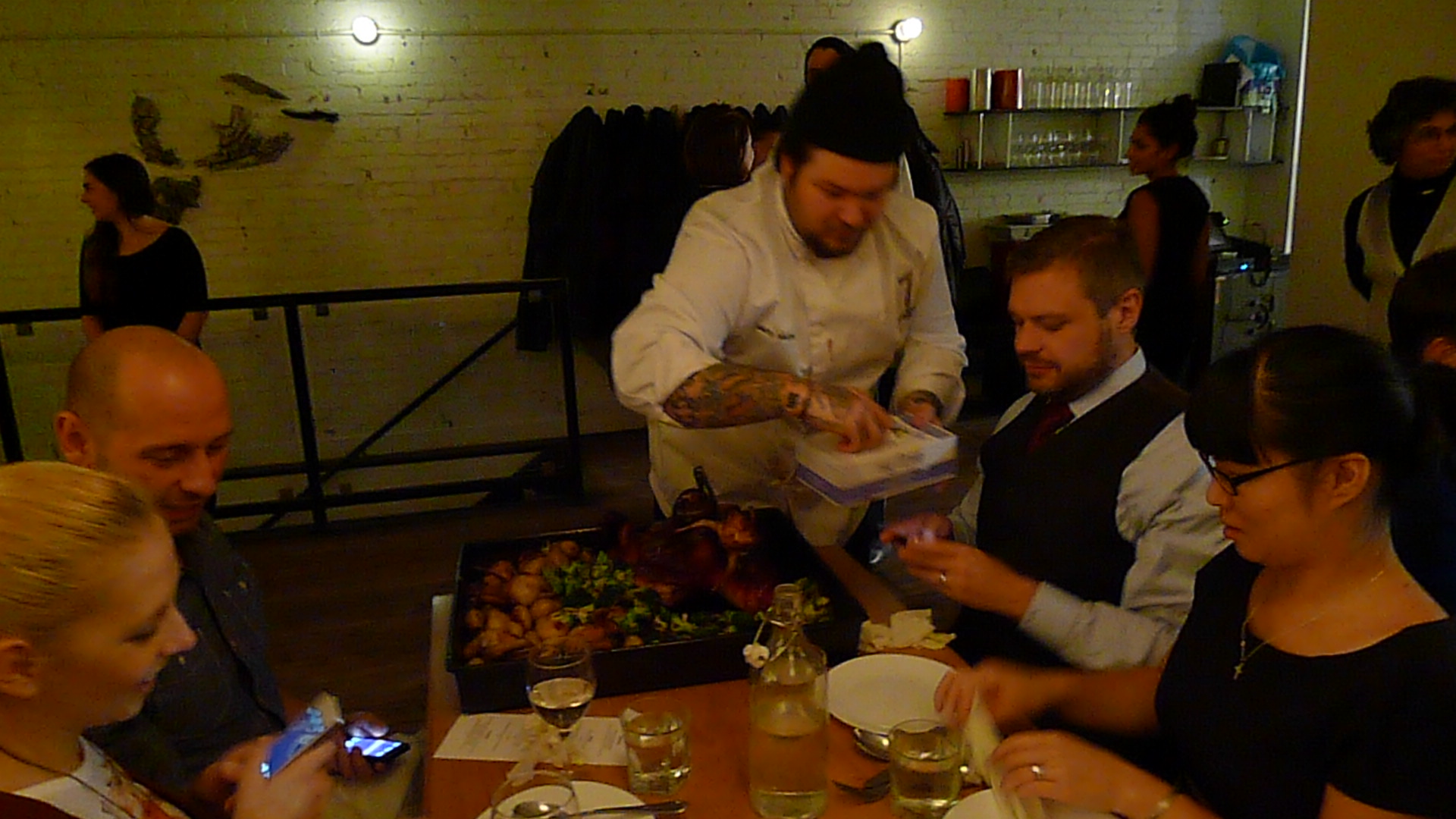 Chef Matheson enthusiastically handed out latex gloves to the diners so as they could rip the flesh from the Pig Head themselves. The gentleman to the left was particularly excited about doing this, so much so that it was actually a little unnerving. Maybe he just likes his latex, I don’t know… 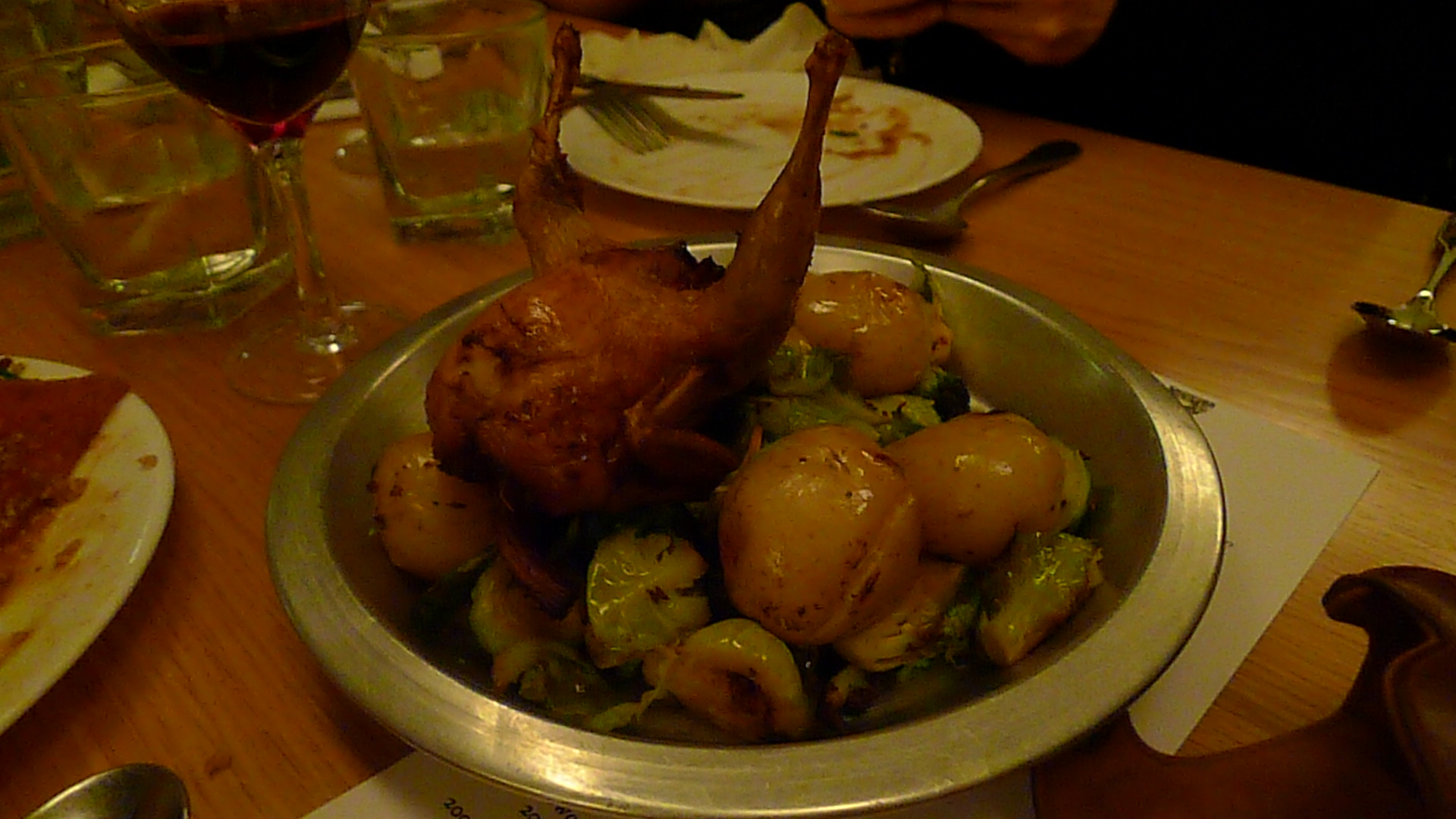 There was certainly something Bacchanalian about the night’s menu, ripping away at Pigs bits and bobs, mountains of Roast Quail and steaming roast vegetables. Brussels Sprouts, my favourite vegetable since I was a young lad, were just the injection of healthy, nutritious greenness that I required. 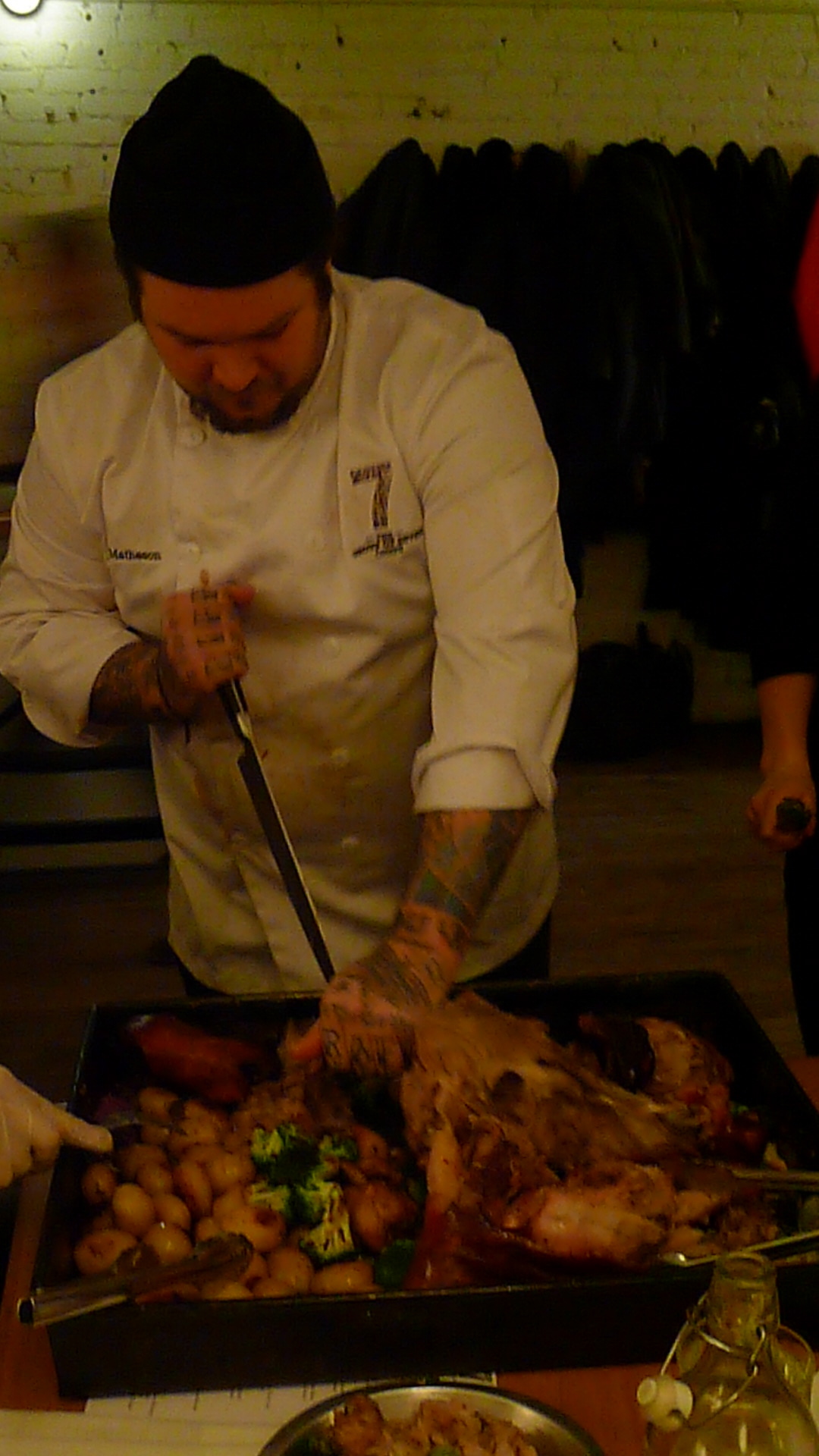 Showing us how it’s done, Chef Matheson gets stuck into the Pig Head with gusto. Just look at those big muscly tattooed arms handling that big Chef’s knife like a consumate Pro. 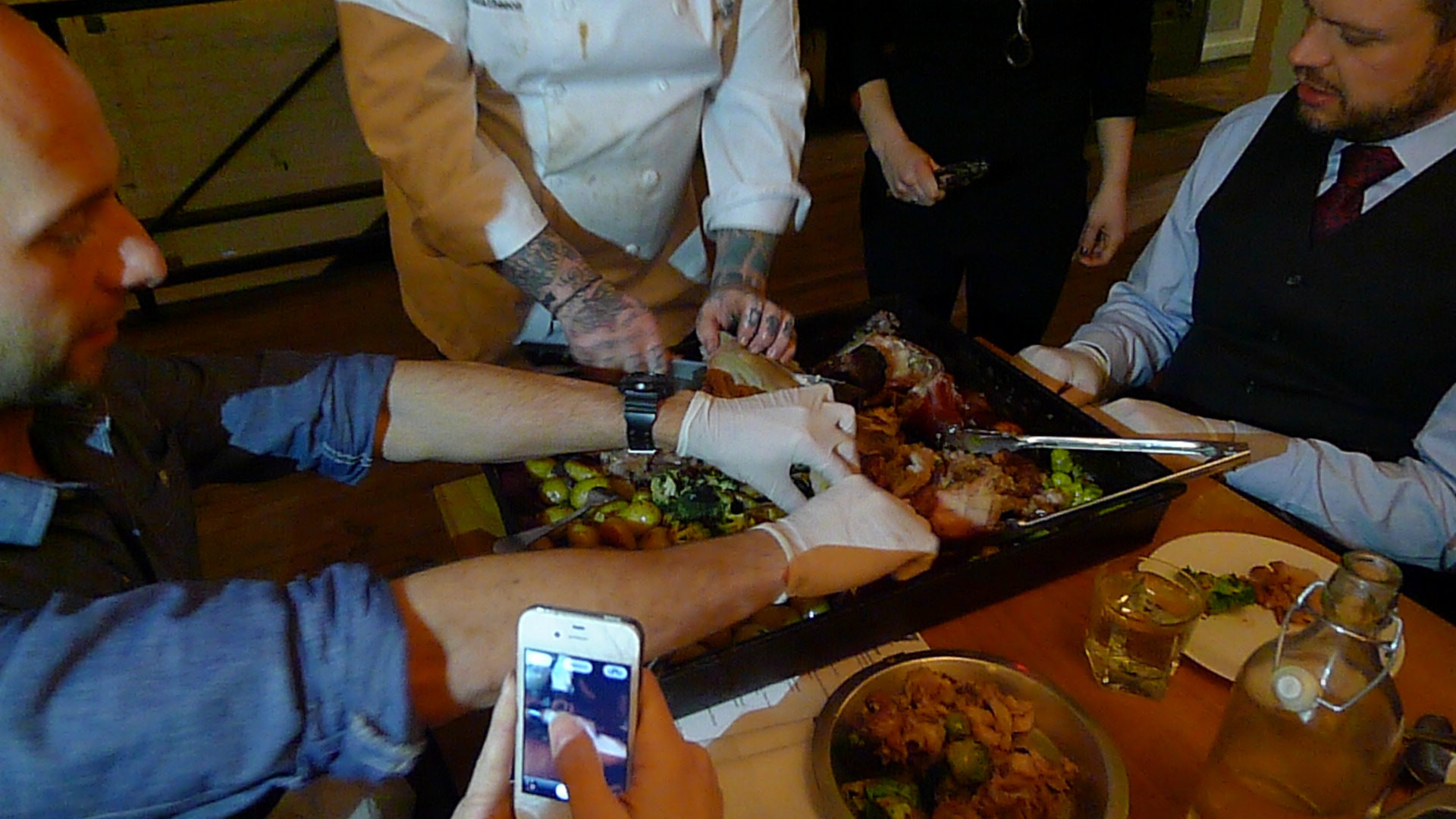 Yes, Mr. latex on the left started really going for it at this point, but I’m glad he was there as he ended up taking meat off the Pig Head for the entire table. Well done that fellow. I think that I saw him take the gloves home too… 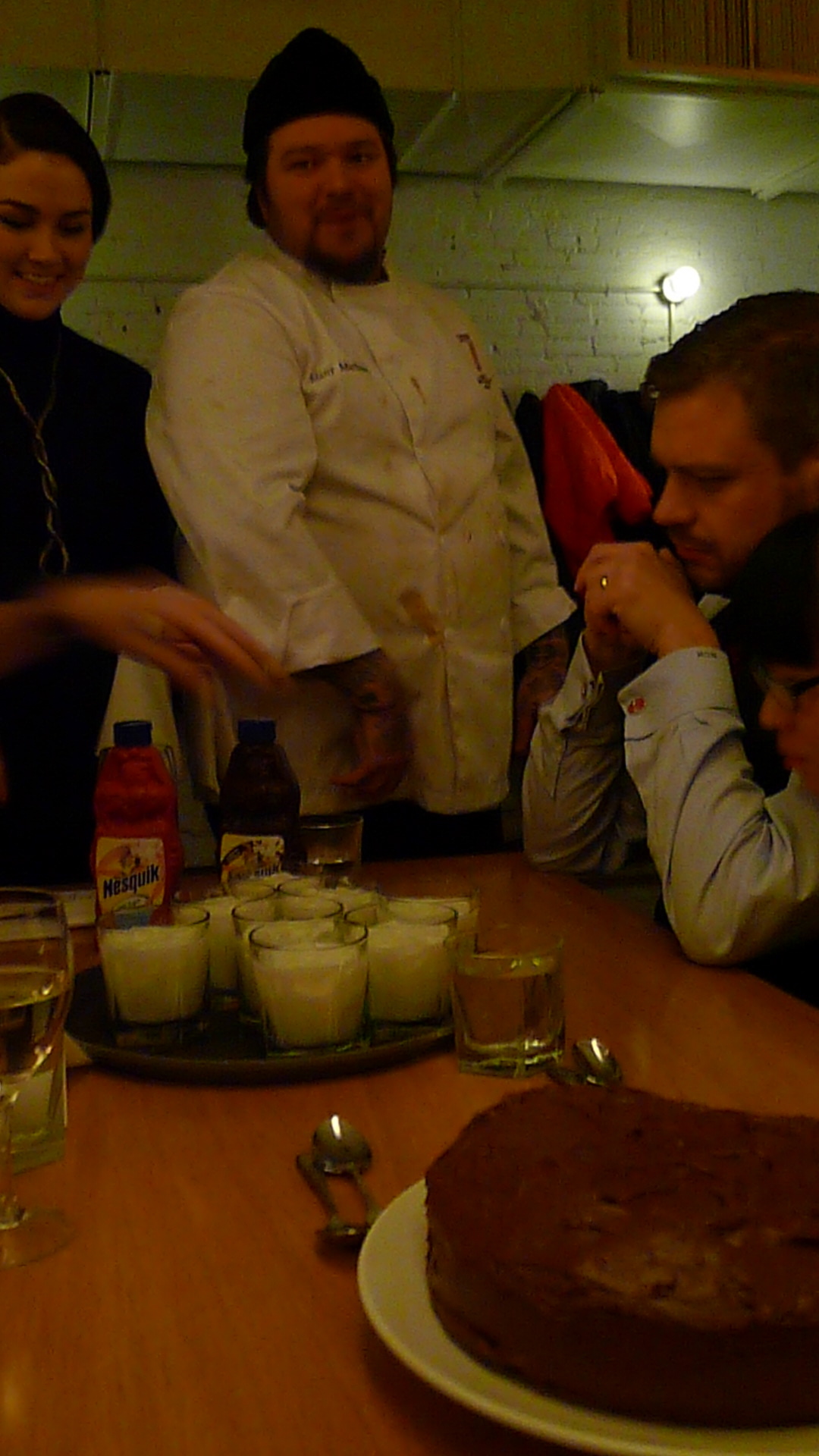 And finally we are presented with what Matheson refers to as his Mother’s “Shitty Zucchini Chocolate Cake” served with glasses of iced full-cream milk and a couple of squeezy bottles of Nesquick syrup (Strawberry and Chocolate). I didn’t think that his Mum’s recipe was anywhere near as bad as he had stated and ate the whole piece… and then had seconds. What an enjoyable night. Let’s hope that Winterlicious continues programming these superb events in the future. 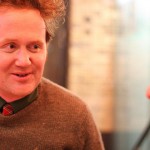 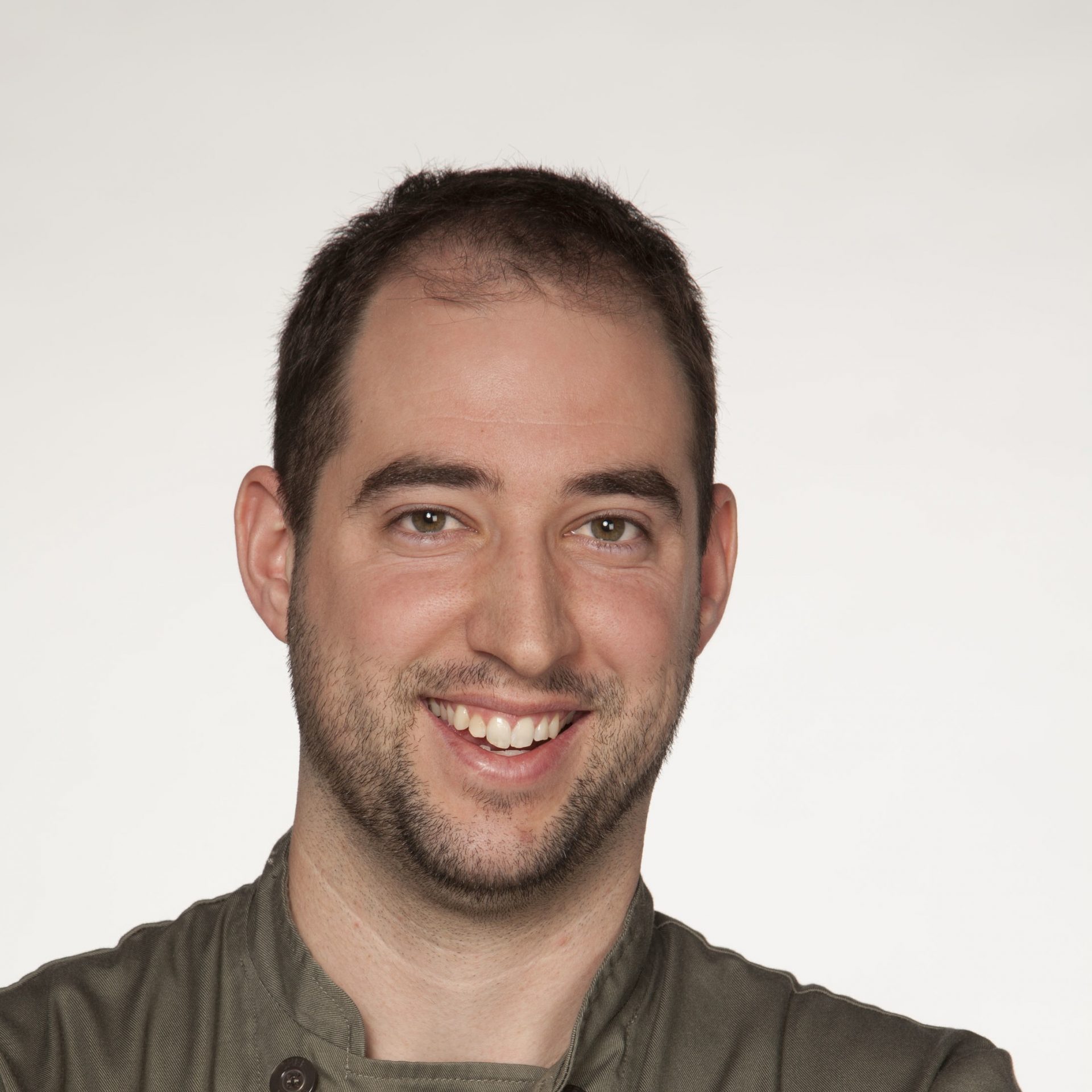 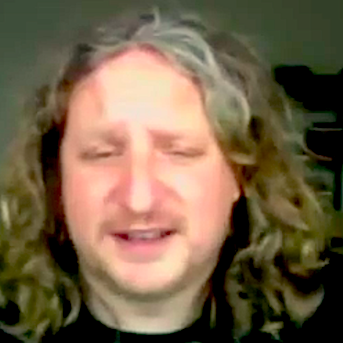 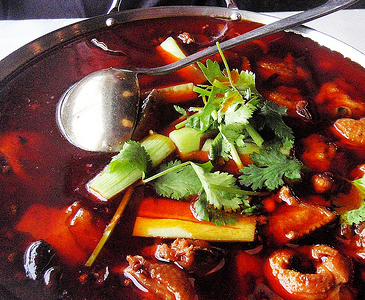 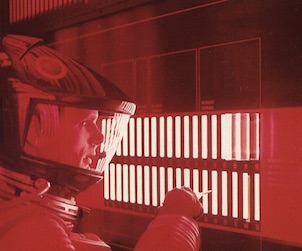