How To Hunt For Truffles 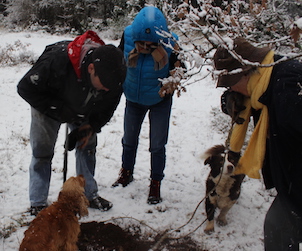 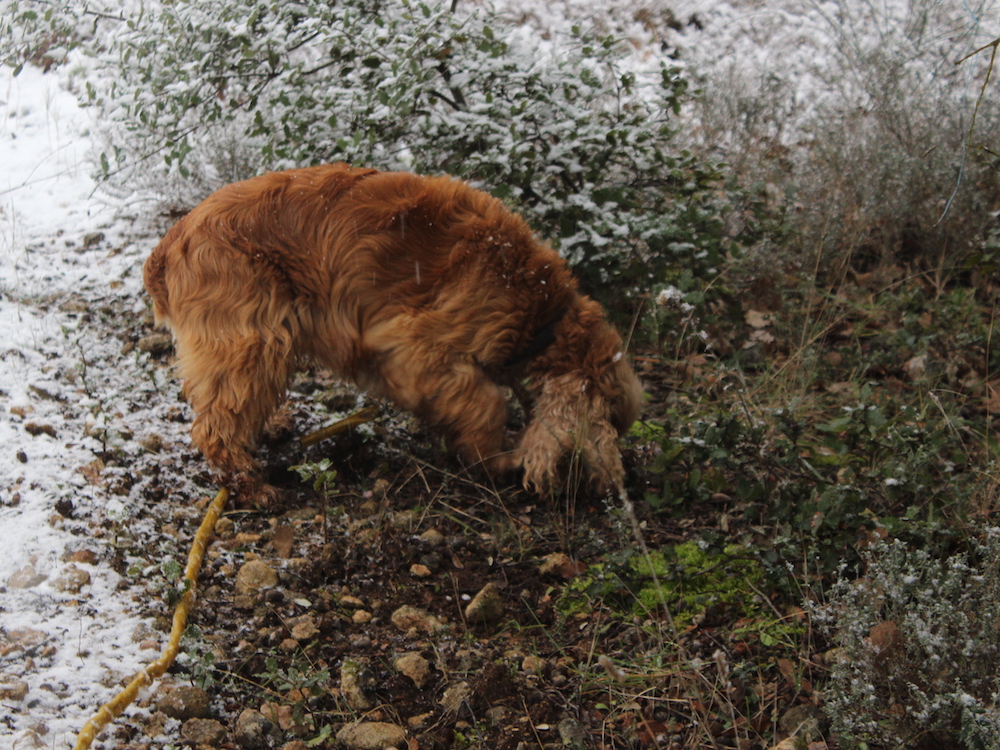 Fiji is on the truffle hunt!

I have just returned from France, where I conducted fact finding missions to the wine regions of Châteauneuf-du-Pape, Tavel and Cahors. (Much more to be published on these wines and the people who make them at GFR soon.) I learned a lot on the trip. One of the things I learned when I was in Provence-based part of the trip, is that the region is actually the biggest source of truffles in France (80%), and therefore likely the biggest truffle producer (if that word can be used) in Europe. No lunch or dinner I consumed there over several days lacked in a dish and/or grated on top. Mid-January into February is peak season for hunting the delicacy.

Frédéric Maillet is one of Châteauneuf-de-Pape’s up and coming winemakers. He practices his metier at Château des Fines Roches, Château du Jas de Bressy and Château de Bois de la Garde. All three labels are part of the Vignobles Mousset-Barrot à Châteauneuf-du-Pape, where his wife Gaëlle Mousset-Barrot acts as viticulturalist and sister-in-law Amélie Mouseset-Barrot handles the marketing. (More on this family enterprise to come at GFR.) His family comes the region north of Châteauneuf near Saint-Paul-Trois-Châteaux, where they grow lavender and maintain truffle plantations. Frédéric took me and five other Canadian journalists traveling as guests of the local producers syndicate to one of his family’s tree plantations to look for truffles and see how they are found and gathered. 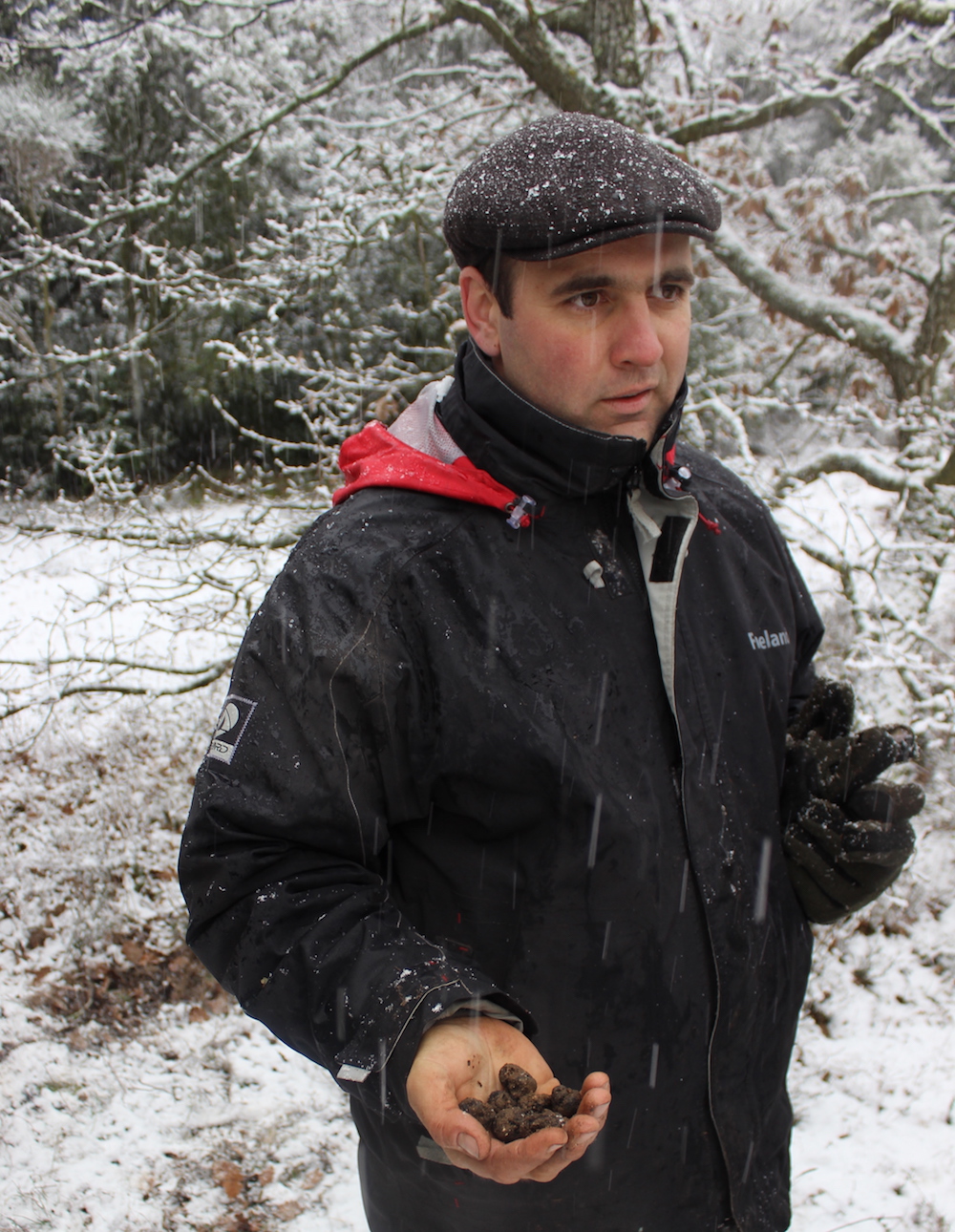 Frédéderic Maillet on one of his family’s truffle gathering properties with a half hour’s bounty.

Frédéric and Amélie met us in Châteauneuf and drove us due north for about 45 minutes. In the car was Amélie’s young cocker spaniel Fiji. Any dog can become a truffle dog, they explained. The trick is to feed them truffle infused milk when they are puppies. As pups they’ll acquire a taste for truffles, which is then supplanted through training for a taste for treats. Find the truffle and get a treat: it’s all very Pavlovian.

Once we’d passed through Saint-Paul-Trois-Châteaux, we got off the main road and began a long ascent up to high ground covered in snow. On a plateau, next to large lavender field, we parked and met Frédéric’s mother Monica, who brought her more mature and experienced truffle dog Zizou, a border collie cross. We walked up a dirt track driveway, past another large lavender field and a plantation of oak and hazelnut trees. This plantation had electirc fencing around it, which Monica explained was to keep wild boars out.

The Maillets are not so concerned with wild boars and we soon came to their plantation, which is about 25 years old. Some truflles, especially big ones, are hunted in wild woods. But planting alternating trees of oak and hazel creates a reliable environment for truffles to grow. The plantation are a kind of middle grount between agriculture and foraging. The trees are maintained to a small degree, some branches that grow close to the ground will be pruned to let the winter sun penetrate and warm the ground. But there’s no way to “plant” the truffles, and how they magically appear is still not understood very well.

We simply walked up and down the rows of trees and let the dogs do their thing. When they found a truffle they’d wag their tail furiously and begin digging with their forepaws. Monica and Frédéric cautioned their respective dogs not to “grate” the truffles, and would quickly come in to find the tuber and slip it into their pockets, after showing us the find. Almost at the same time, the dog would be duly rewarded with kibble, and begin sniffing around as soon as the last morsel had passed their lips.

It was cold and wine journalists are not known for their stoicism so we wrapped things up after about half an hour with a handful, or a small bowl of truffles. These truffles were mostly the size of, well, a standard chocolate truffle. 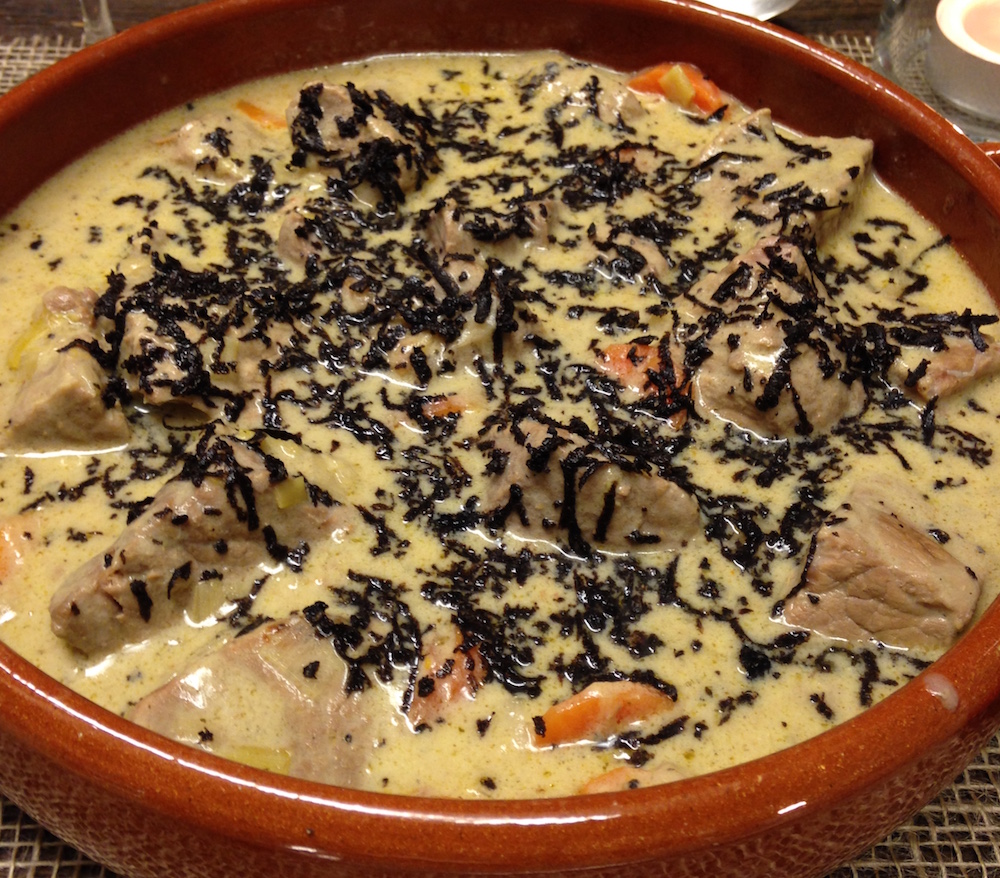 We had dinner that evening at Frédéric and Gaëlle’s house in the town of Châteaunef-du-Pape. The menu featured truffes at every course, though not the ones we found, since Gaëlle and Michel Blanc form the syndicate were cooking it while we hunted. But that dinner, and the amazing array of old vintage white Châteauneuf-du-Pape wines we tasted with it, is another story… 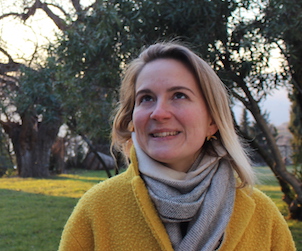 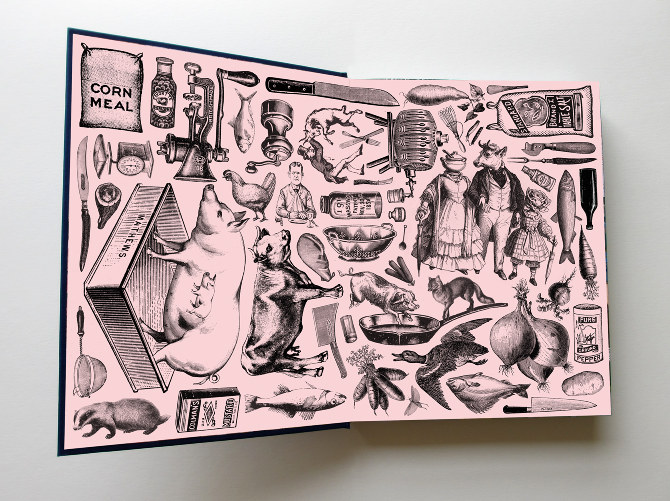 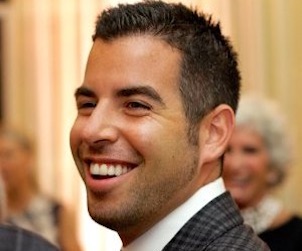