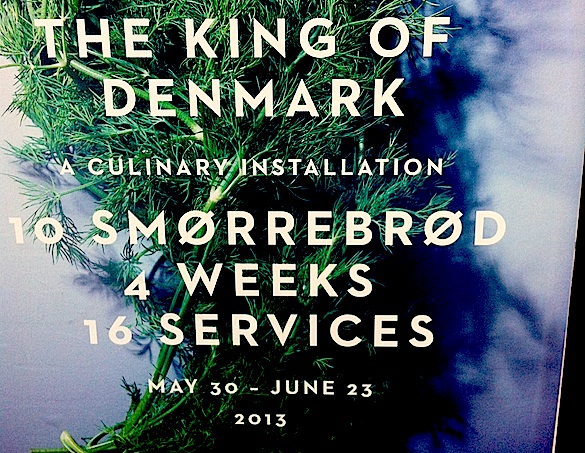 Don’t call it a ‘pop-up’, at least not when Chef Chris McDonald is around, which he is over the next few weeks that make up the run of his ‘culinary installation’, The King of Denmark. The King of Denmark is an experiment in two parts for McDonald and his team, including chef de cuisine Doug Penfold and GM Niall McCotter. First, it’s lunch. Second, it’s, in McDonald’s words, “a completely different pantry”. What it is not, is Cava, and with a menu comprised mostly of items under $10 it’s beginning to attract Toronto’s fooderatti. 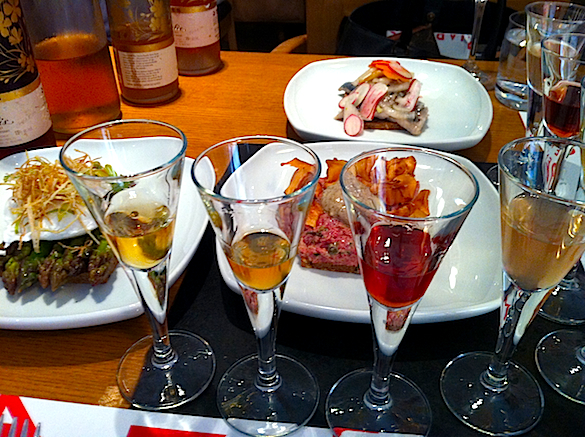 Open faced sandwiches framed by a selection of house made aquavit at The King of Denmark.

In conversation, after I had wolfed down a delicious lunch of open faced sandwiches (asparagus and poached egg, steak tartare, and pickled herring) made on house made rye bread, accompanied by a simple, but perfectly executed potato salad, and all washed down with a selection of four infused aquavits (alfalfa, rye, hibiscus, and seabuckthorn),McDonald explained to me he had been increasingly interested in classical  Scandinavian cuisine in so far as it might prove to be helpful to Canadian chefs who cook with similar ingredients, in a similar climate and geography: “There’s 1,000 years of culinary tradition there, that we can learn from.” McDonald pointed to corresponding foods, like rye flour and cold water fish, and also the importance of fermentation and cool climate techniques of preserving food in lands with relatively short growing seasons. In the video below, chef McDonald explains in more detail the reasoning behind what he’s doing at The King Denmark.

The King of Denmark runs in the space where the restaurant Cava serves dinner, 1560 Yonge Street, until June 23rd.