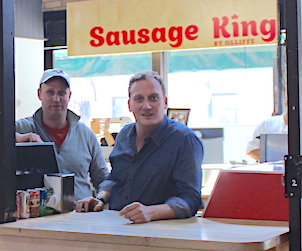 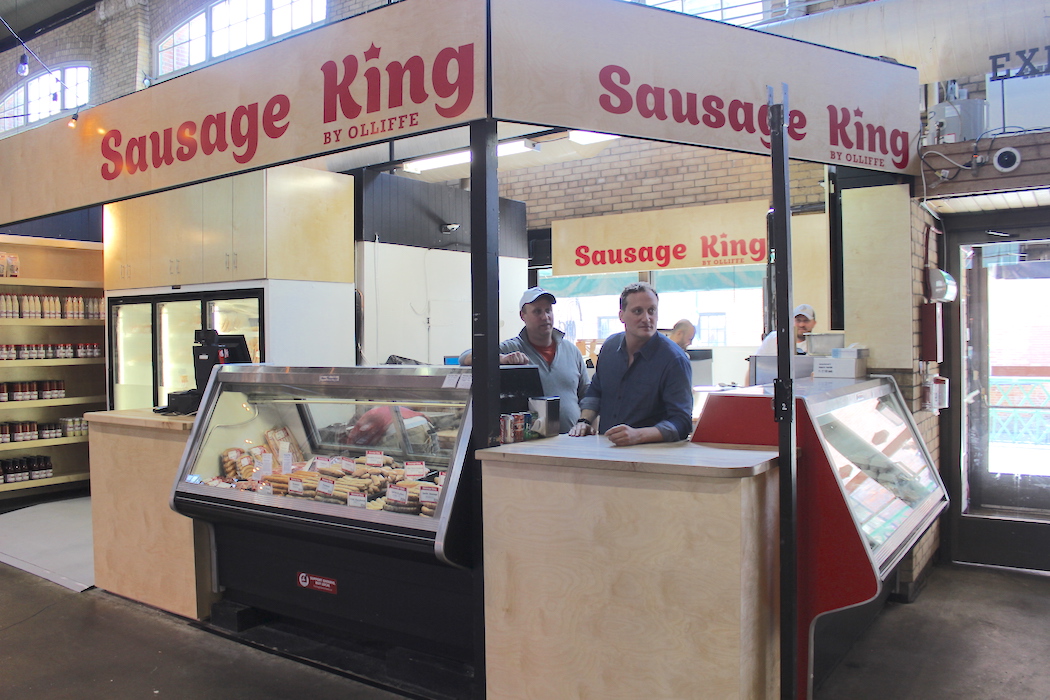 After six years operating the Sausage King in the St. Lawrence Ben and Sam Gundy realized that things worked different there than at Olliffe, their two neighbourhood butcher shops in Summerhill and Lesleyville. Sam Gundy explained to GFR that he and Ben noticed that a lot of their customers were day-tripper tourists or office workers on a quick lunch break. Neither group had come to the market to shop, per se, but were often interested in taking something back home, especially frozen sausages from the Sausage King’s array of 30 to 40 different kinds of sausages, displayed daily. The Gundy brothers decided they could service these customers better and adopted a new strategy they call “fresh now, frozen later’. 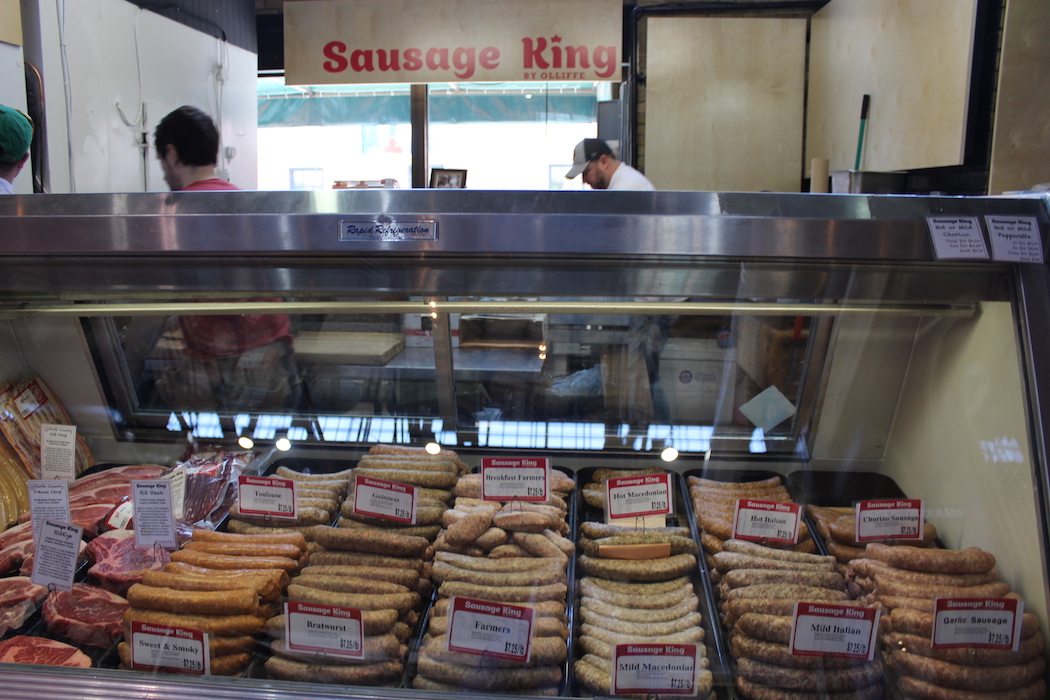 After a very quick two day renovation, the Gundy’s have reconfigured their St. Lawrence Market store. Refrigeration units form an ‘L’ shape full of fresh sausages, as well as a few choice cuts of meat. Behind the cases is a work space where qualified butchers cut meat. They will also take orders from the Lesleyville Olliffe store and production centre, which supplies Sausage King twice a day, as well as their wholesale and restaurant trade. For instance, Sam Gundy explained, if a St. Lawrence Market customer requests a leg of lamb, or a few grass fed rib eyes, at lunch, she can have it by 5pm to take home. This is the ‘fresh now’ part of the new configuration designed to service local condo dwellers and downtown office workers who shop at the Market regularly. 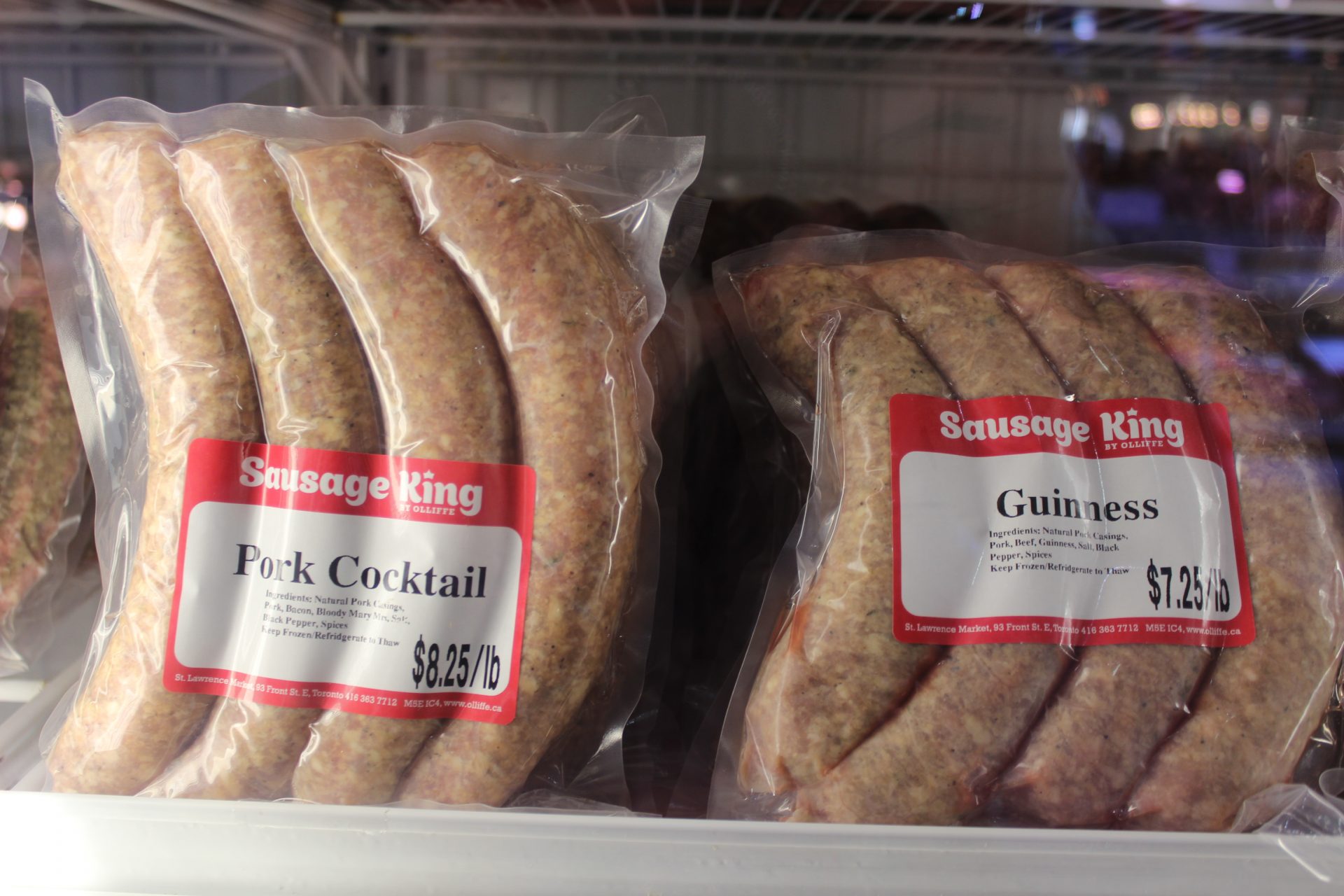 The ‘frozen later’ part of the new Sausage King configuration takes place a little further south of the fridge cases where Ben and Sam Gundy have built two large self-serve freezer cabinets. When I visited, they had just finished the build and were just then stocking the cabinets with vacuum packed packages of four sausages from the Lesleyville production kitchen. Ben Gundy explained that they plan to have a frozen “grab and go” version of all the fresh sausages displayed in the other counter. Sam Gundy confirmed that part of the new store configuration was to remind consumers about their sausage specialization and to differentiate themselves from the other butchers in the market. If the quick service, grab and go sausage trade proves successful, the brothers plan to expand the concept to other locations in the downtown core to catch commuters on their way home from work. Gundy is optimistic that this will take place, saying that sales have already doubled in the short two days that they’d installed the freezers. 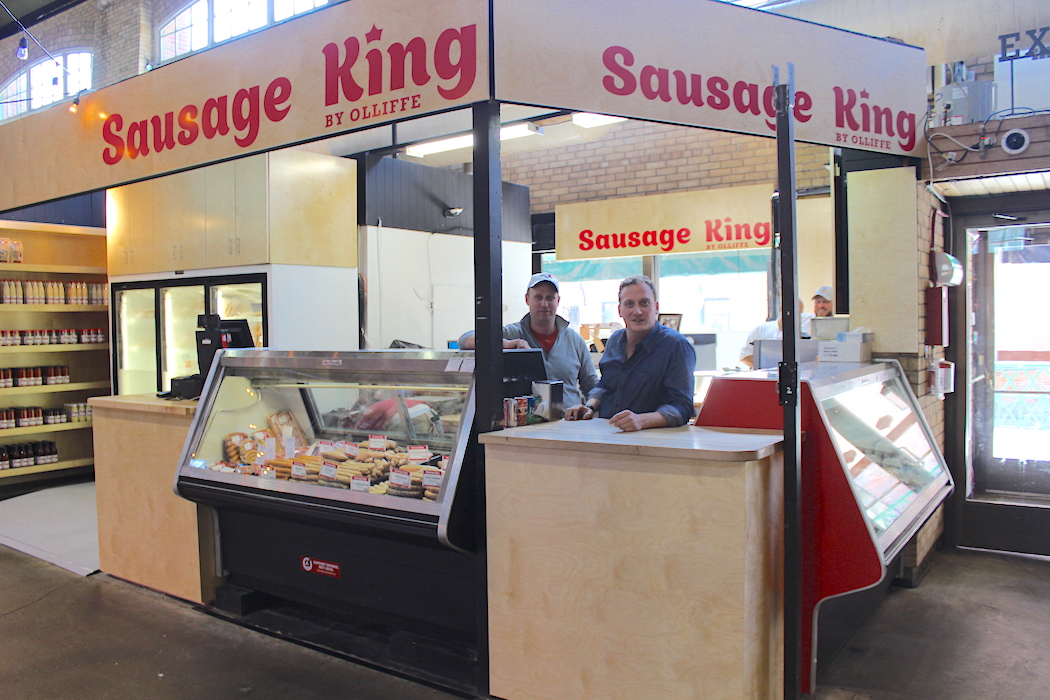 The St. Lawrence Market Sausage King stocks the 18 original sausage flavours that it sold before the Gundy’s took it over in 2011. The rest of the exotic flavours, like ‘Pork Cocktail’, which is inspired by Bloody Mary’s, or Wild Boar with Honey and Chilli, are overseen by Ben Gundy, who was the executive chef at Jacob & Co. before switching from fine dining to butchery. While Ben Gundy conceives of most of the new recipes, which he plainspokenly describes as being driven by “what I want to eat”, some also come from suggestions from “the boys in the kitchen” at the Lesleyville Olliffe on Queen East. This includes an upcoming Vindaloo flavour, based on a traditional curry from one their cooks. Sounds like it might be worth a trip down to the market.

Full disclosure: Ben and Sam Gundy are my friends, my butchers, and Olliffe supports Good Food Revolution as a Good Food Fighter. 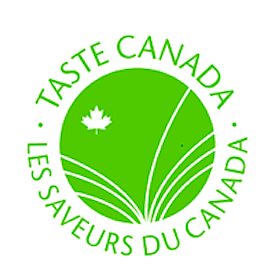 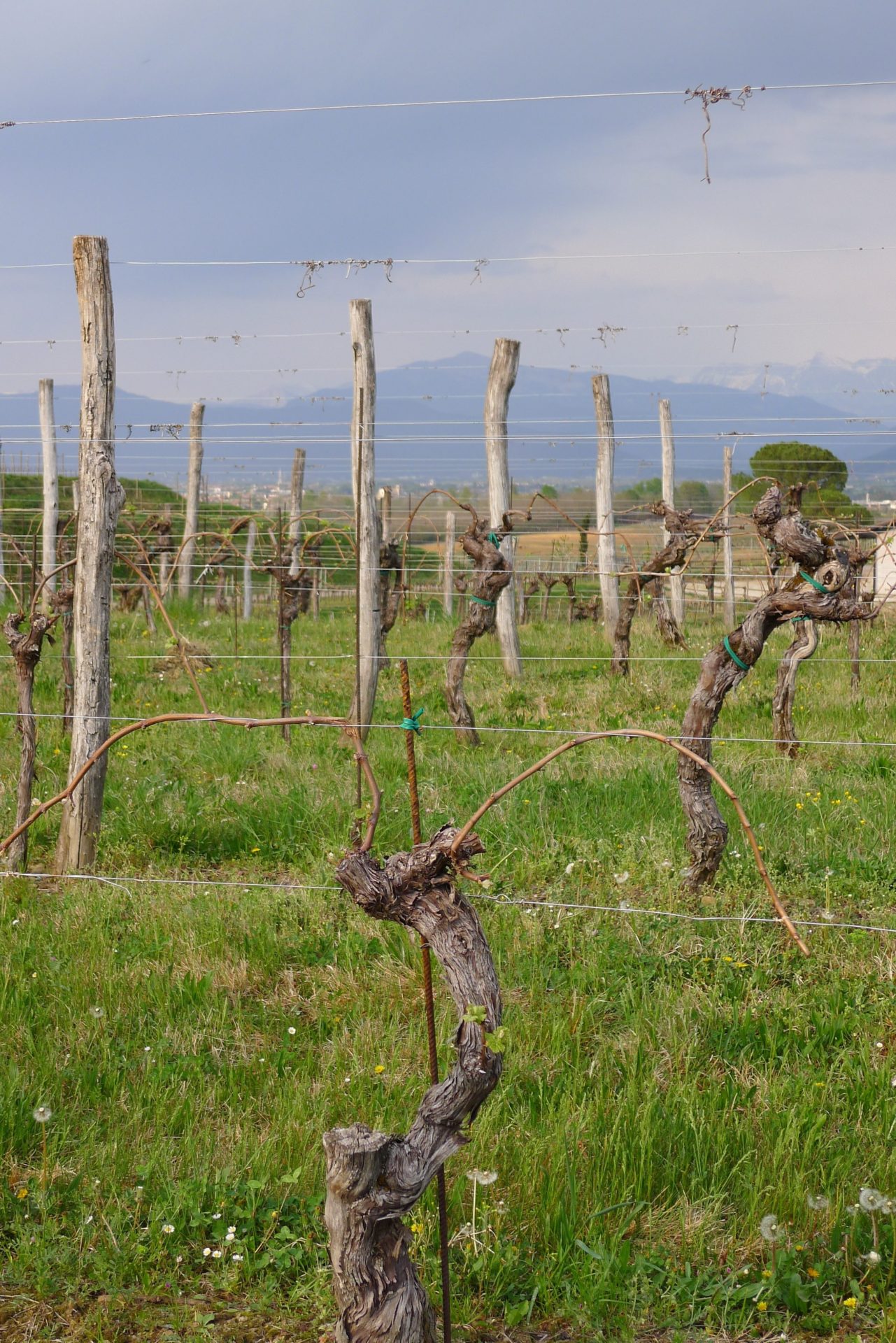 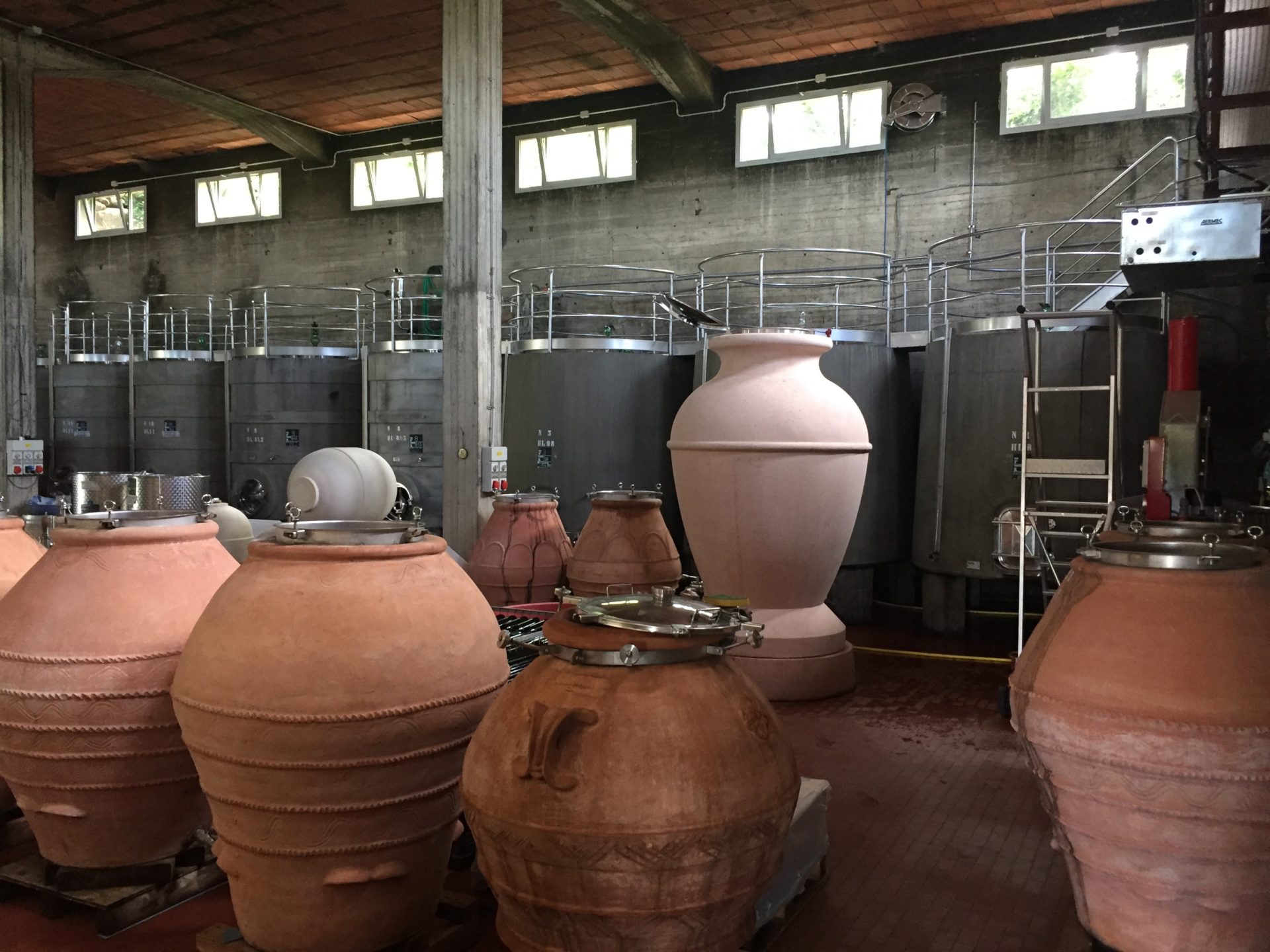