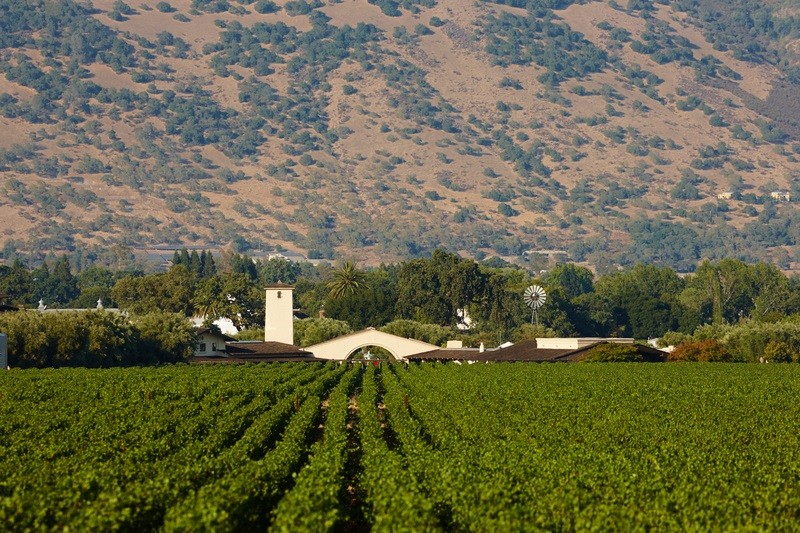 Robert Mondavi Winery and the To Kalon Vineyard

2013 is considered one of several recent, excellent back-to-back vintages in California. It was a real drought year, where the weather worked to challenge the vines. In Napa, high sugar levels were easily achieved, so the viticulturalist and winemaker’s task was to seek to maintain balance in the fruit.

Early reports pointed to wines of great character, with rich flavours and yet muscular tannins (in the reds). Others have called the vintage “backward,” meaning the best wines are potentially for mid- to long-term cellaring. In the end, the raw materials here are among the best ever seen.

I always love reading intelligent wine reviews, but in the end prefer to take the wines for a taste test myself and determine if they are my kind of ride. You can do so for yourself with four excellent Napa Valley appellated wines from the 2013 vintage – two classic Robert Mondavi Winery wines, augmented by top blends from Franciscan Estate and Mount Veeder wineries. 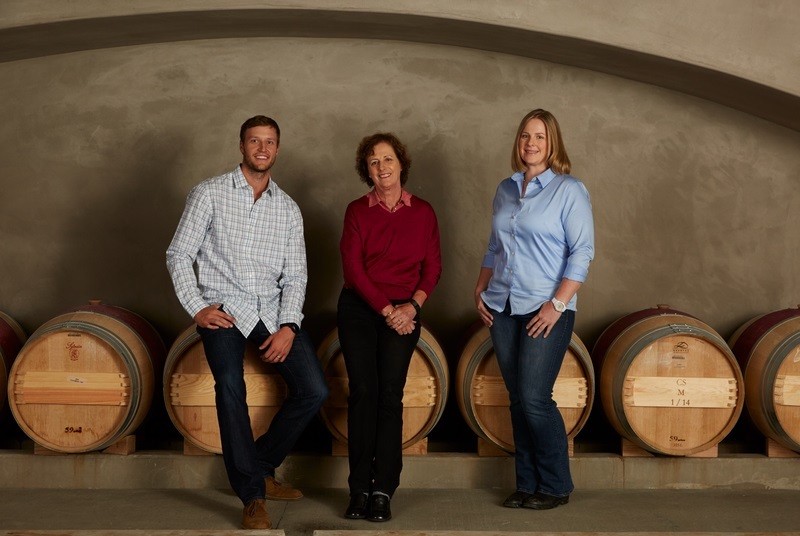 Taking the Robert Mondavi Winery pair first, we start with the top of the heap Fumé Blanc Reserve. Robert Mondavi is known for coining the term “Fumé Blanc” back in the mid-1960s, to describe dry, oak aged Sauvignon Blanc. Here, winemaking director Genevieve Janssens has added but 2% of Semillon to the blend, which is rich and expressive. Cantaloupe and guava elements with grapefruit and a touch of savoury sage, lemon blossom and underlying minerality give this Fumé Blanc Reserve lots of scope.

Let’s not fail to mention terroir here, since the 2013 Fumé Blanc Reserve is sourced entirely from the home, grand cru quality site, To Kalon Vineyard. As Genevieve states, “Over half of the Sauvignon Blanc was harvested from Robert’s Block. These dry farmed, head-trained, cane-pruned vines offer purity of varietal expression, great concentration and depth of flavour. A small amount of fruit was selected from our equally historic I-block, for its key contribution of minerality, length and elegance.”

Virginie Boone of Wine Enthusiast loved this wine, and scored it 93 points with this note:

“From the winery’s historic To Kalon Vineyard in Oakville, one of few sites in the state to nurture old-vine Sauvignon Blanc, this wine is complex and compelling. It balances between green olive, basil, thyme and crisp squeezes of lemon. Subtle in oak, it maintains buoyant acidity throughout. Editors’ Choice. Score 93.”

Next up in our mini-horizontal tasting of the 2013 Napa vintage, is the Robert Mondavi Winery Oakville Cabernet Sauvignon which represents superb value, and in the 2013 vintage is sourced entirely from the To Kalon Vineyard.

Released on February 17 under product code #29207 at $47.95, this wine is a steal. [Editor’s note: only a handful of bottles remain in the province now.] James Suckling rated it 92 points:

“A cabernet with form, freshness and tension. Full body, tight and refined tannins and a black currant, blackberry and light chocolate aftertaste. Drink in 2018. Score 92.”

Personally, I am enamoured by the gentle approachability in this rendition, which still allows for mid- to long-term cellaring (there I differ with James Suckling’s “drink now” view). My own tasting note reads, “A brooding, backward Cabernet with finely grained tannins exuding black fruits: plum, earth, dust and classic cassis. Minerality and chalk follow onto a super grippy finale. Wait, will age for 15+ years.” There you are: taste this Oakville Cabernet and decide on its ageing curve yourself. 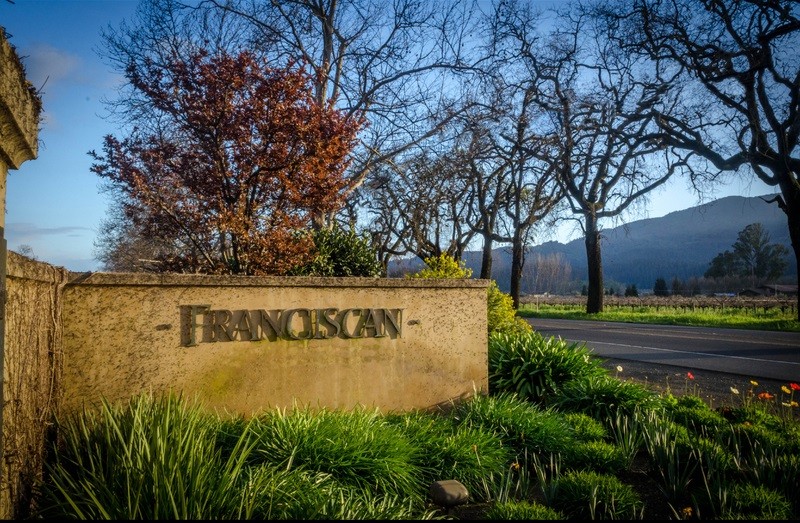 As for “friends” in Napa, did you know that Franciscan Estate’s top red blend Magnificat is named after a musical masterpiece by Johann Sebastian Bach? An equally interesting fact is that Magnificat was originally referred to as “Wine Waiting for a Name,” and kick-started the category back in the mid-1980s. At that time the winery was being guided by Augustin Huneuus, and Magnificat began in 1985 as one of the first Meritage blends in Napa Valley.

For this blend led by Cabernet Sauvignon, Rich Cook of winereviewonline.com had this to say:

“I’m a long-time fan of this wine – it’s been turning heads since the mid-eighties, and this is another fine showing. Built for some time in your cellar, it’s firm and brooding at present, with vanilla, pie crust, mocha and blackberry aromas and flavors that are still integrating. They will, and you’ll have a relative value leader on your hands. Another well-made wine from Janet Myers. Score 94.”

Released on February 3 at $58.95 under product code #363788, the Franciscan Magnificat is composed of 73% Cabernet Sauvignon, 24% Merlot, 2% Malbec and 1% Cabernet Franc. Aged for 20 months in 70% new French oak barrels from Quintessence, Vicard, and Damy, this wine has all the pedigree you need from the heart of Napa. Only 20 or so cases remain in the province, so I’d go out and grab some soon. 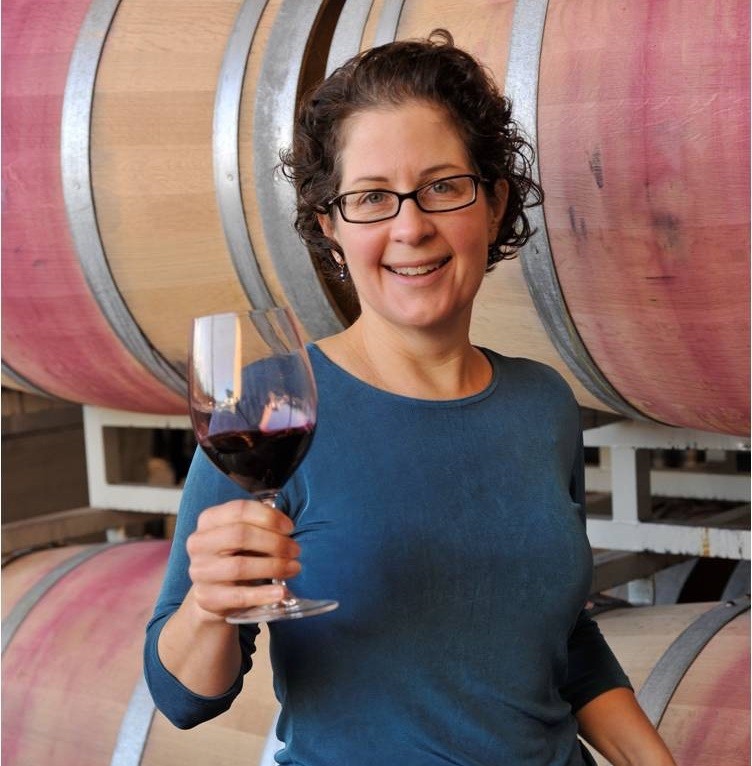 My final wine in this mini tour of Napa 2013 vintage is another ‘haut de gamme’ offering, this time from high mountain fruit. The Mount Veeder Reserve Red Blend 2013 is another wine under the guiding hand of director of winemaking Janet Myers, and again received a rave description from Rich Cook:

“Winemaker Janet Myers scores with this beautiful Reserve. It’s straddling the fence between rustic and refined, with the best elements of both coming together in this age-worthy bottling. Take some time with the nose here — under layers of oak you’ll find intense cassis backed by notes of fennel, mocha and dried herbs. Grippy mountain tannins pucker the palate, but will subside a bit with some time in the bottle, revealing a complex interplay of the nose elements as flavours. I’d start getting into this in about 3 years from now. Rigidly structured wine. Score 95.” 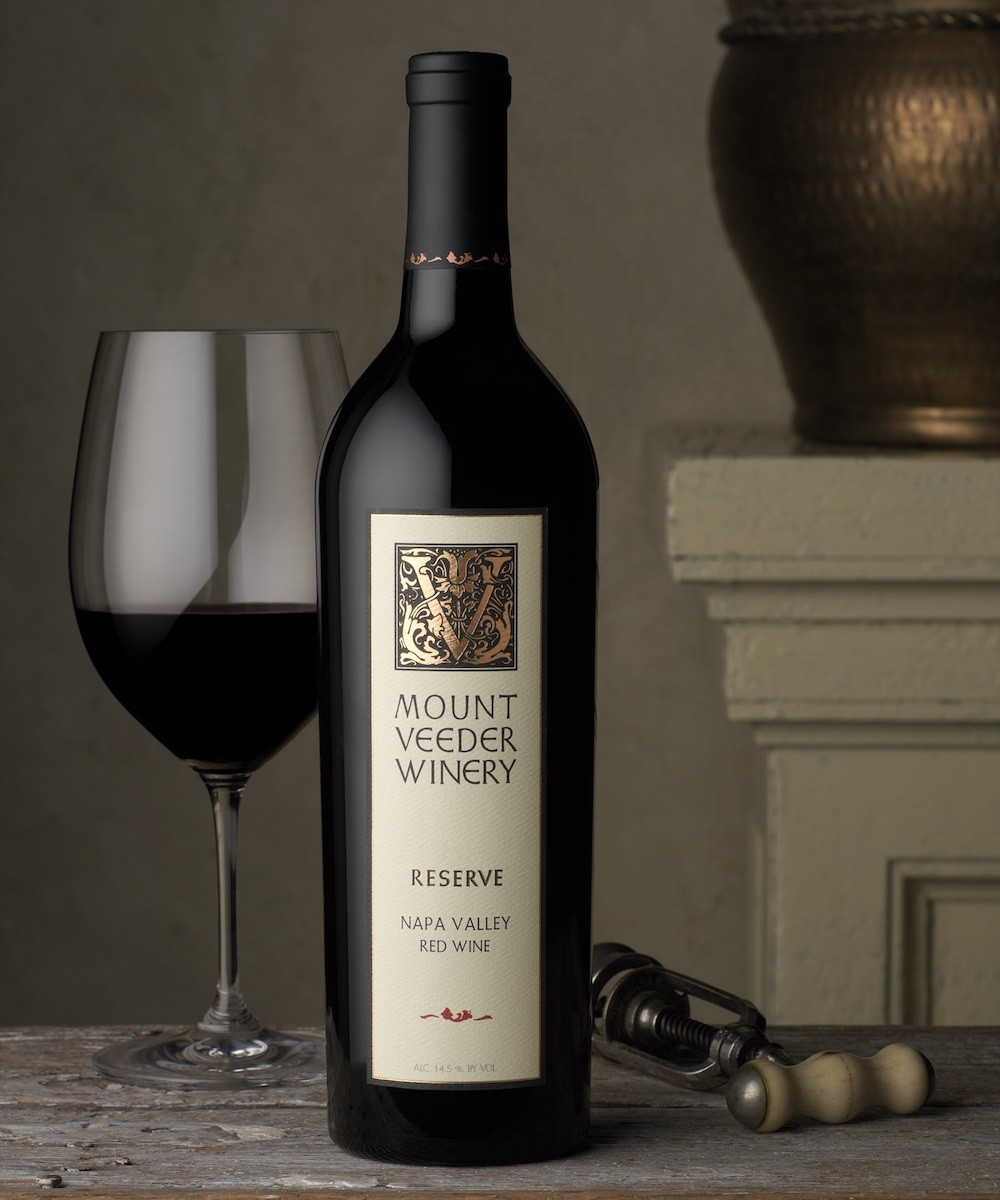 The Mount Veeder Reserve was released on March 3 at $89.95 under product code #539221. Sourced entirely from the appellation of Mount Veeder, the varietal composition here is 85% Cabernet Sauvignon, 9% Merlot, 4% Cabernet Franc and 2% Malbec. Though this wine could legally be named “Cabernet Sauvignon” under U.S. labelling rules, the philosophy with this top bottling is one of careful blending with other components. 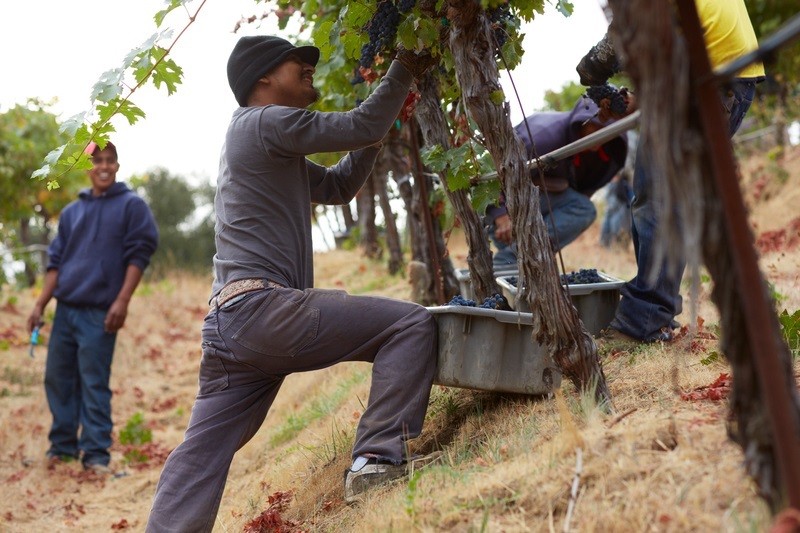 The key element which defines the character of this “wine with altitude” is the vineyard location itself, perched 1500-1600 feet (450-500 metres) above sea level. As Janet Myers says:

“A Mount Veeder harvest is a Zen-like art of moving across a three dimensional chessboard. Take the uphill side of the vineyard only, or the downhill side, or just the north, south, east, or west section. We pick only what’s ready and at peak flavour and ripeness. It’s a complex endeavor and needs to be carved with precision, matching areas of the block that are at the same level of ripeness and leaving other areas to mature another week or more.”

This level of detailed fruit handling matches well to the 100% new French oak used here, this time from the likes of Boutes, Taransaud and Vicard. Summary: the Mount Veeder Reserve is a red wine that’s full of power and beauty. Yum!

There you have it: an introduction to the great 2013 vintage in Napa Valley just waiting for you at Vintages. One fabulous white and three bold reds, all built well. Try these soon with friends and let us know what you think.