The New Old Wines of Portugal 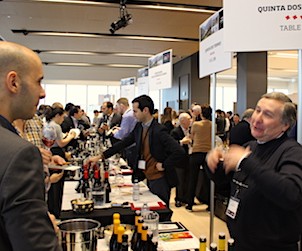 Malcolm Jolley gets schooled on the new old wines of Portugal. 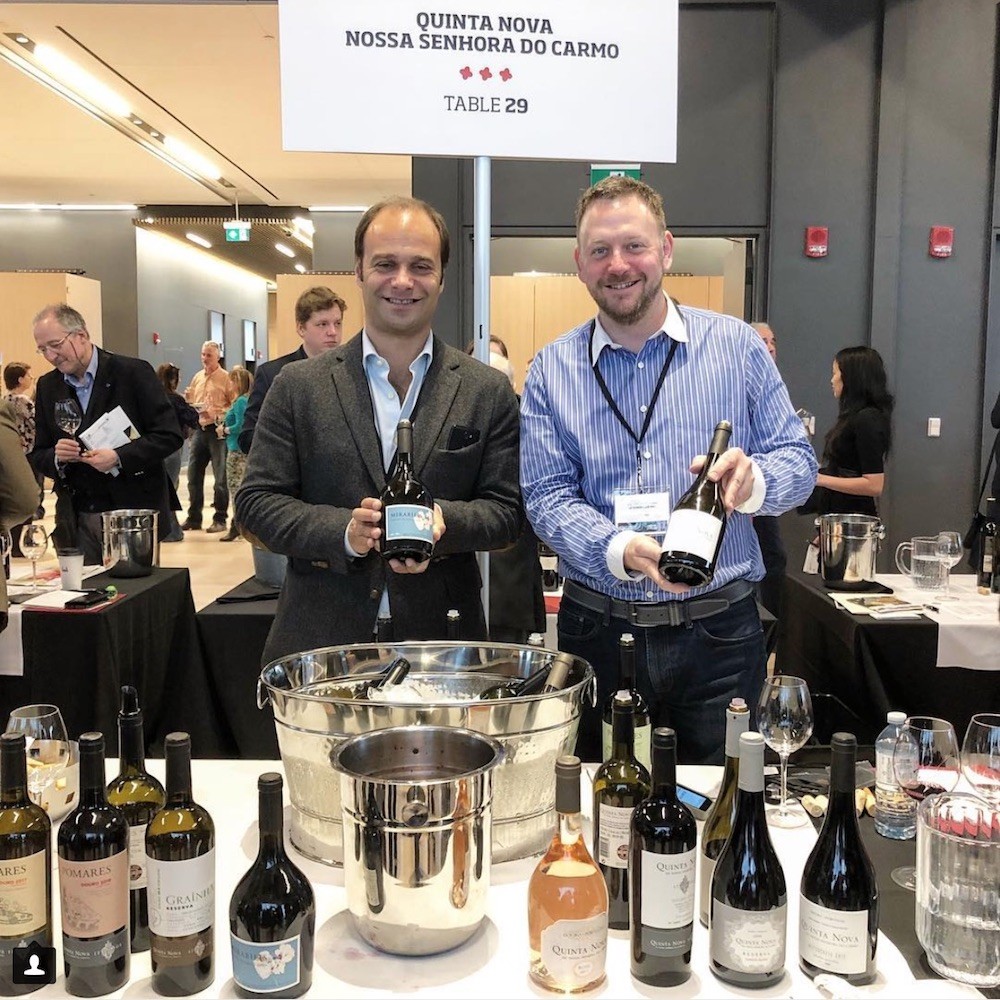 The trade group Wines of Portugal held a trade tasting recently at the event space at the new Globe and Mail building at the east end of King Street. The new building is the height of 21st century Toronto blue-glass modernity, and the show was reflectively sleek, showcasing the new face of the country’s ancient wine culture.

In the decade since the 2008 financial crisis, Portugal has invested heavily in its wine industry and the industry has, from what I have seen and tasted, risen to the occasion producing both interesting concept wines at the lower end of the spectrum (like Porta 6 and Julia Florista from Vidigal) and fine dining restaurant friendly wines on the higher end of the spectrum (say, $30 and up). At the Wines of  Portugal show I focused on the latter category, tasting wines valued roughly between $25 to $100 a bottle.

It was a good sized show, but I ended up concentrated on four wineries, who brought their respective winemakers or export managers: Boas Quintas and Quinta dos Roques from the Dão, Campolargo from Bairrada, and Quinta Nova from the Douro. The selection of these four wineries out of the dozens that were pouring was both random and deliberate. My knowledge of Portuguese wine is limited. I know some of the bigger producers and am familiar with the greatest hits like Vinho Verde, Touriga Nacional and (of course) Port, but beyond that not much. I was particularly interested in Portuguese white wines, of which I knew even less than reds. So, my first order of business was to find someone I knew and see if they’d found anything interesting or good (preferably both) to try and learn about. That person was Ted Warren. 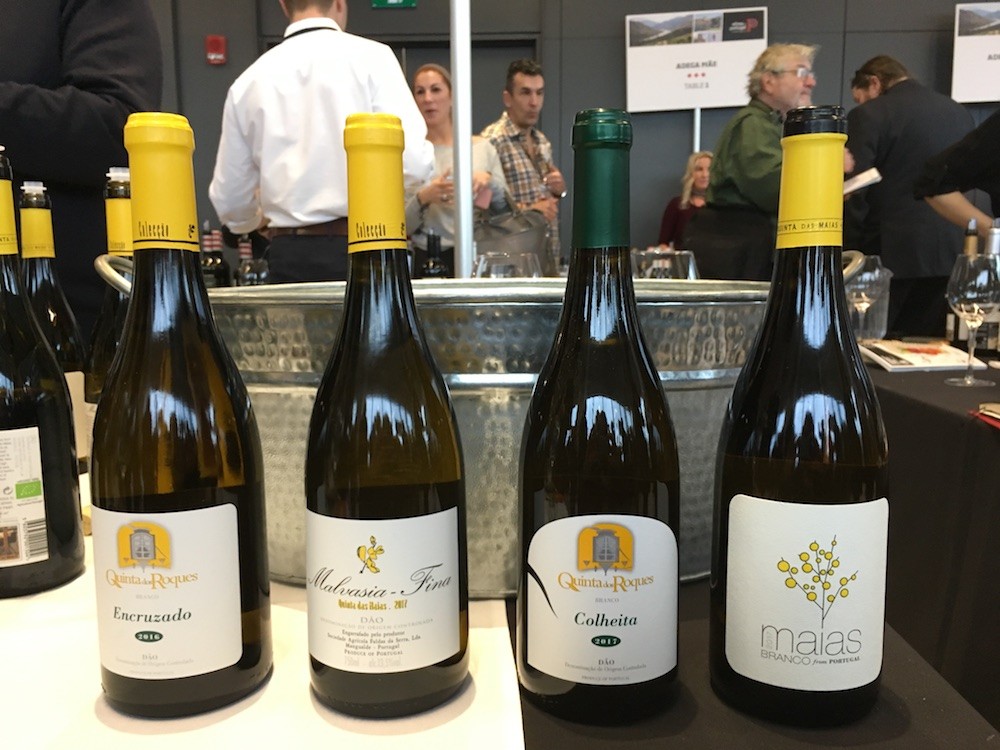 Ted Warren is the Ted in Ted and Bob’s Fine Organic Wines, along with Bob Klatt. Ted and Bob’s is a micro-agency the two of them started a few years ago after selling their very successful agency, RKW Wine Imports after decades in the business. I went to university with Ted’s son, and when I started writing about wine a decade and a half ago, he taught me the basics of the business, invited me to my first wine show, and showed me how not to be too much of a twit when tasting. He is apparently still doing this. When I asked him if he’d tasted anything good, he asked me if I liked Encruzado. I replied with a blank stare, he explained Encruzado was a popular white grape in the Dão region, and he’d had few clean and crisp ones, including at the stall we were more or less standing in front of, Boas Quintas. So, I was off to a start.

It turns out I do like Encruzado, or did from Boas Quintas and especially from the other Dão producer I followed Ted to, Quinta dos Roques. It’s sometimes compared to Chardonnay or Vermentino, depending on how it’s made. The ones I tasted (from Boas, and also dos Roques) and were more on that crisp and clean, high acid side. I enjoyed them very much, also (to my mild surprise) when they were blended with other grapes like Malvasia, or indigenous white grapes like Arinto and Cercia.

Across from Quinta dos Roques I spotted Ben Hardy from the agency Groupe Soleil manning the Campolargo table with its proprietor Carlos Campolargo. Campolargo does make wine from grapes from the Dão, but its in Bairrada, and some of the more interesting wines they were pouring were made with a white wine grape called Cercial, of which I was as ignorant of as much as Encruzado. I learned later that Cercial is what in Bairrada they call Cerceal in the Douro and (as Ben Hardy told me and fellow tasters) Sercial in Madeira where its used for their famous fortified wines). It was lovely as single varietal wine, and as part of a blend with Bical and Arinto, Campolargo’s indigenous grapes sparkler, which was lovely, moreish and unique, with a herbal note. 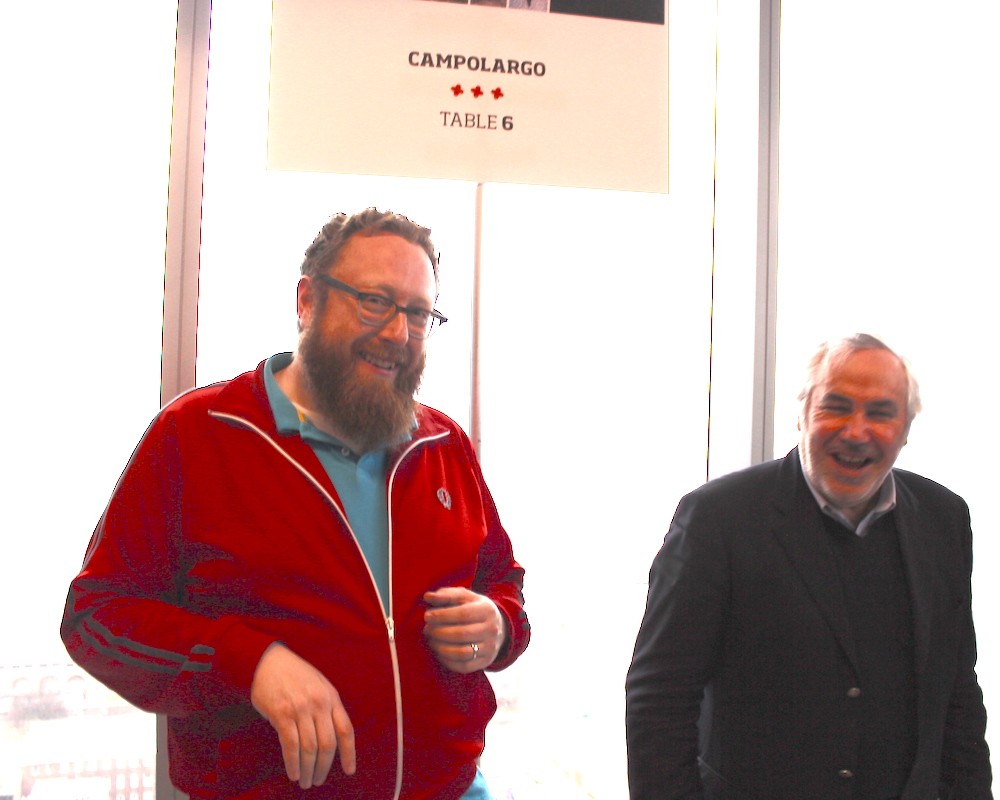 The last winery table I visited was pouring wines from the Douro: Quinta Nova Nossa Senhora do Carmo. This was manned by their export manager, Pedro Canedos, and my friend Bernard Stramwasser of Le Sommelier. Actually I’d tried to get to Bernard’s table before, but every time I passed by there was a mob of young sommeliers clamouring to taste. Once I saw a gap and wedged my way in I could see why: Quinta Nova makes some seriously premium red wines, not least the super old vine field blend of Tinta Amarela and whatever else: the Mirabilis Grande Riseva 2015. A wonderfully rich, yet elegant and complex black fruited beauty that lingered long… But before I got to that, I tried the very affordable (like under $20) Pomares 2016 white, which was made with Gouvelo, Rabigato and Viosinho, which I quite liked: fresh, lean and showing that mysterious trait called minerality.

I tasted a number of red wines at the tables as well. All of which I liked, especially those made with the grape the Portuguese call Jaen, which the Spanish call Mencia, which has floral character and made an elegant red indeed in the Quinta dos Roques Quinta das Maias Jaen 2015. I’ll keep my eye out for Portuguese reds made with that grape. And, of course, I am now a new fan of , and very curious to learn more about Portuguese whites. So, it was a good show, full of wines made in the new style with old kinds of grapes. 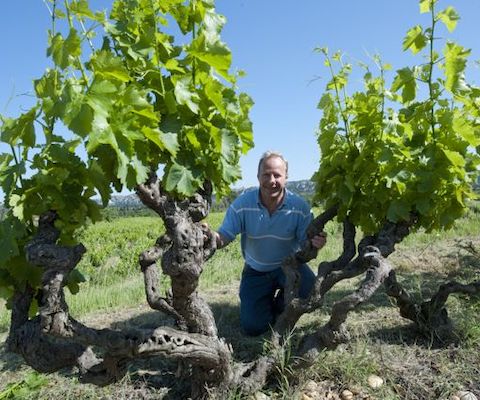 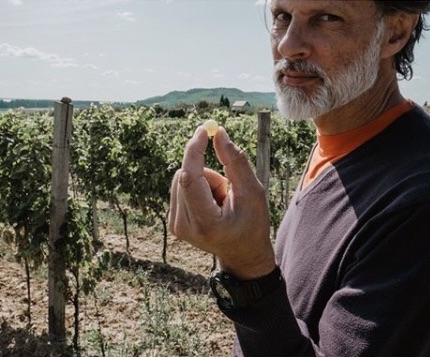 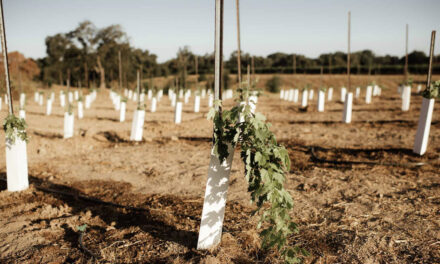 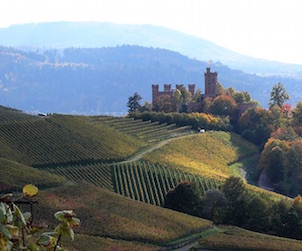