Malcolm Jolley is duly impressed on his first tasting of Pearce Predhomme wines. 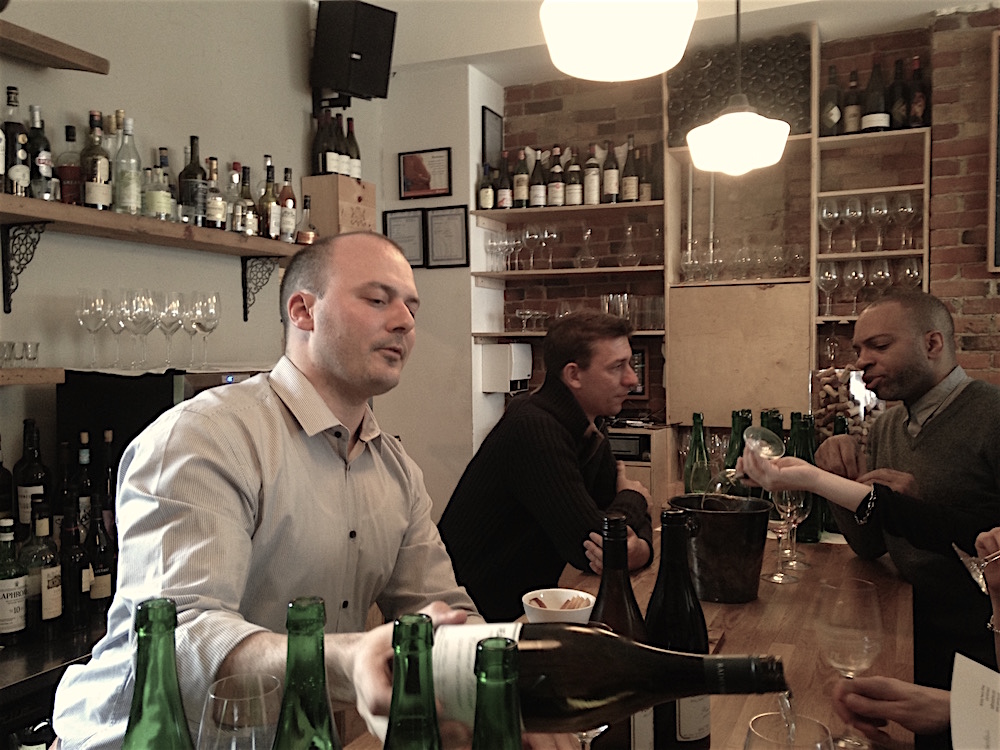 Will Predhomme pours Pearce Predhomme next to Nicholas Pearce at Archive Wine Bar.

“We wanted them to make wines for us like the wines they drink there,” explained Will Predhomme, one half of the Pearce Predhomme wine project, as he poured out a glass of Chenin Blanc to a full bar of sommeliers and one (possibly gate crashing) journalist. This was last week at Archive Wine Bar for an invitation only release tasting of the just available Pearce Predhome wines portfolio: the 2015 Clear Mountain Old Vines Chenin Blanc from Stellenbosch, South Africa and, from Oregon’s Willamette Valley, their 2014 Pinot Gris and 2013 Pinot Noir. It was a bit of a madhouse with Toronto’s top wine jockeys lining up a few deep to get a taste.

Nicholas Pearce is an importer, a wine agent, and more recently a negociant in the French tradition. In his own name he bottles wines from his native Prince Edward County (which were also poured, and are worthy of their own post to come), but for a few years has also partnered with top sommelier and expert Will Predhomme for their eponymous line of wines. (Predhomme also has a solo wine project close to his Windsor roots on the Erie North Shore.) I had heard about these wines, especially the South African one, but I had never tasted them. So, when the opportunity arose to taste these micro-production wines I took it and bellied up the bar.

Pearce Predhomme works with two wineries on the ground: in South Africa it’s Radford Dale, and in Oregon it’s Hyland Estates. In each case, Predhomme explained to me, he and Pearce wanted to produce wines closer to what they would drink with winemakers when traveling to Stellenbosch or the Willamette Valley. They visit the wineries, and otherwise keep in touch to collaborate on the vinification at each step along the way. These are not “white label” wines; they express the efforts of the men whose names are on the bottle. 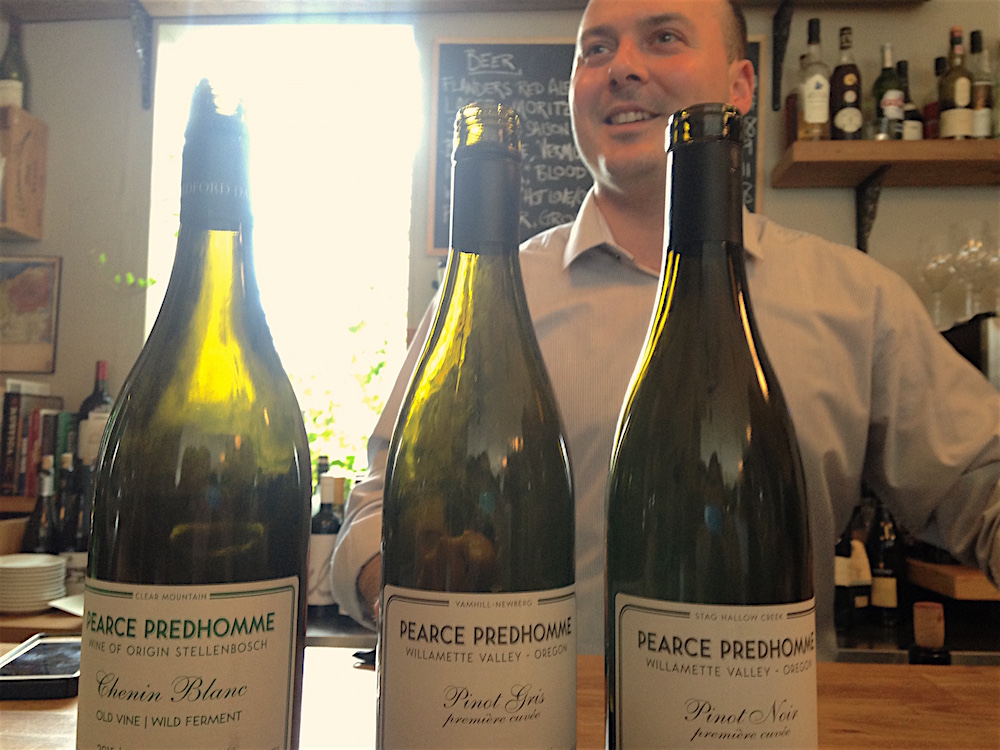 Will Predhomme stands behind the Pearce Predhomme array of fine wines.

I believe they have the succeeded, at least this year. The 2015 Pearce Predhomme Chenin Blanc is crisp and alive with fruit. Likewise the 2015 Pinot Gris, though just recently bottled, round with fruit and a grassy note that makes it a particularly dangerous sort of patio wine. And the 2014 Pinot Noir is an amazing wine: it’s never seen oak but has tender tannins that support fresh red fruit and cranberry notes that linger in the mouth.

One thing that’s particularly crazy about Nicholas Pearce and Will Predhomme’s project is the prices of the wines. The Chenin is $19.95, and the Pinot Gris and the Pinot are both under $25. The Pearce Predhomme market is trade: they’re designed to be sold by the glass at Toronto restaurants. This makes their value pricing all the more remarkable since their small production virtually guarantees they will sell-out. High demand and low supply are the conditions that are supposed to generate high prices. But mere commerce doesn’t seem to be the point of the project. The two of them are demonstrably proud of what they’ve created and pleased to share it with their community of local wine trade.