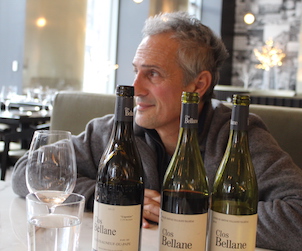 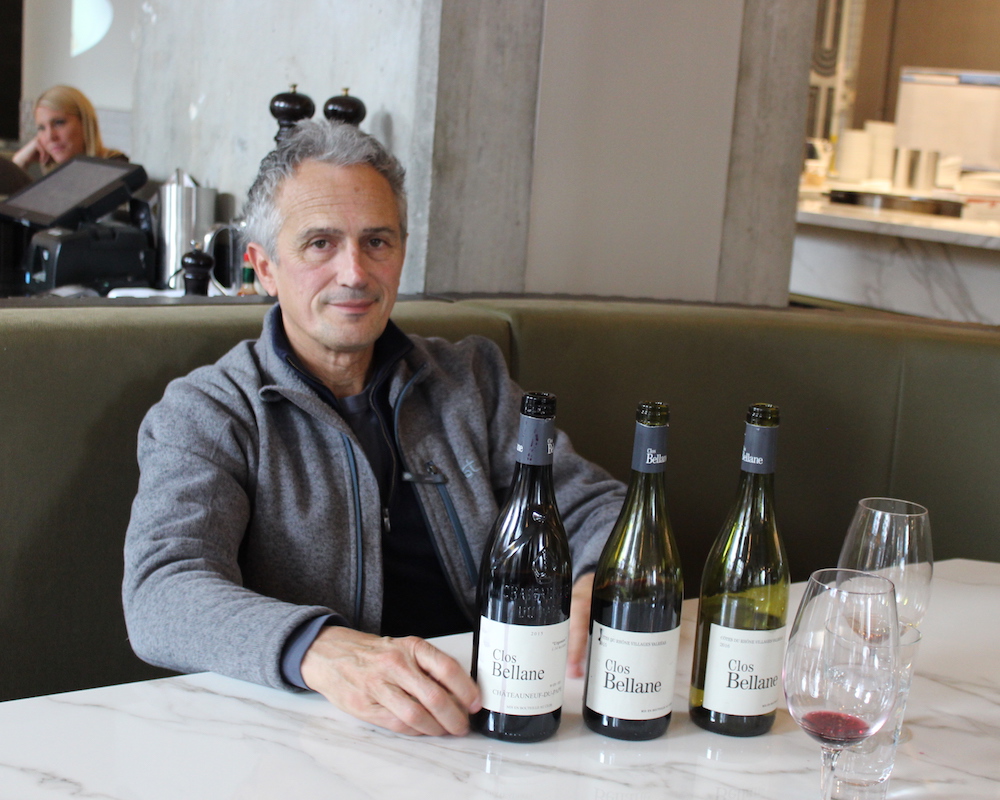 Vigneron Stéphane Vedeau with the wines of Clos Bellane from the Rhône Valley.

It was supposed to be a video shoot, but it quickly turned into a tasting and conversation, with vigneron Stéphane Vedeau and the wines he makes at Clos Bellane. Although it was past 2pm, the venue, Ricarda’s at Richmond and Peter, was packed with local office workers keen to extend their lunch over one more glass and get a jump start on the holiday season. It was going to be too loud to shoot inside, and outside it was windy and bitter cold and generally not conducive to a calm, meditative interview on the subject of wine. We decided we would exchange the camera for pad and paper and happily let Ricarda’s’ sommelier Alain Liberté show us to a circular booth surrounding a large marble table, where he and Leslie Reigert from Vedeau’s Ontario agency, Rogers & Company*, joined us to taste three wines from Clos Bellane. Since only Messieurs Laliberté, Vedeau and myself were tasting, our conversation, which form the basis of this article, was in French, a language for which I describe my abilities as “functional”, if a little rough. When I quote Stéphane Vedeau below it’s from my own translated notes.

I’ll cut to the chase: Monsieur Vedeau’s wines from Clos Bellane were more than just delicious and indicative of his winery’s motto, ‘Balance and Purity’. Each of the wines described below defied expectations in its own particular, and interesting way. Vedeau told me that while some winemakers have different labels, he has different estates, and it’s true that he and his family have wineries throughout the Rhône Valley, North and South. Clos Bellane, which he purchased in 2010, is his “little pocket” of limestone soil in Vinsobres at the Northeasternmost corner of the Cotes-du-Rhône appellation at Valreas. The property is at a relatively high elevation, just over 400 meters, and the vineyards slant to the east, which gives them a gentle exposure to the sun. The culmination of all these aspects of Clos Bellane’s particular terroir seems, then, to give the wines an elegant mix of rich Mediteranean fruit and cooler climate freshness and liveliness. Here’s what we tasted:

Vedeau’s Clos Bellane whote is a blend of Marsanne (65%), Viogner (30%) and Roussanne (5%). It’s a really fresh wine – I think I wrote the word down six times in my notes. The other word, underlined, is round – the wine fills the mouth with citrussy fruit and touh of honey. And then, there was a note or character I couldn’t put my finger on, when I said so or (more likely) just looked confused, Vedeau explained that there is a minute amount of botrytis affected grapes in the blend that grants the wine a mysterious (at least to me) complexity. Finally there was the finish… the finish goes to 11. There was a silent pause after the first few sips as we sat and let the wine resonate on our palates. 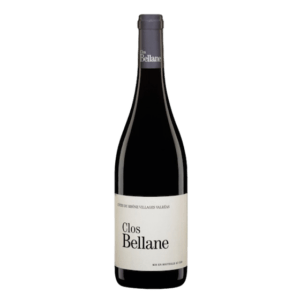 If the Clos Bellane white was confounding, the red continued the effect. More freshness here, but also deeply extracted black and red fruit: a cuvée classique, as Stépahne Vedeau said, of more or less equal parts Syrah and Grenache. The Syrah (I think) also lending the wine a seasoning of pepper and graphite. But the Grenache, with it’s lighter, elegant (“grenadine”) notes was there too, rounding things out. Again, the fresh quality of wine is what stood out: this is 100% a food wine. I actually exclaimed something like that: “c’est franchement un vin gastronomique!” Vedeau replied with a perfect Gallic shrug: “of course.” Some readers will be interested to know that Vedeau told me this vintage was made without any sulfur. What I think is important to note about that is that while the tannins were present in the wine, they were balanced and complimentary. On the topic of balance, Stéphane Vedeau called me out when he asked what I thought the wine’s alcohol level might be. I had to confess I hadn’t really thought about it. I wasn’t surprised when I read 14% on the label, this is a wine from the South of France, after all, but I was impressed at how the wine showed no heat. It was indeed fresh, and I was beginning to spot a trend in the man’s wines. 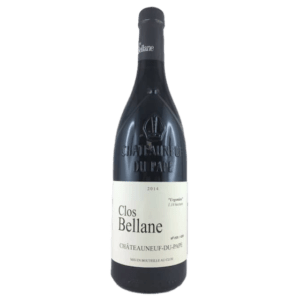 ‘Urgonien’ refers to the urgonian limestone, full of fossils, found in Châteauneuf. Clos Bellane makes wine from Vedeau’s 1.14 hectare “pocket” of land there. Vedeau described the soil on the property, just northwest of the village, as “white rocks in black soil”. When Alain Laliberté tasted the Urgonien he exclaimed, “The freshness, yet still there is power, but the freshness!” Perfectly said, the wine is both powerful and, following the theme of Clos Bellane, amazingly fresh and bright with a lively acidity. On the power side, Vedeau explained he macerates his grapes (77% Grenache, 23% Mourvèdre) for eight weeks on the skins. The fruit is mostly blacker than red, with notes of dark, dark cherries, blueberries and blackberries and seasoned with just a touch of acetone that I love and I think brings everything together. It is delicious now, but has so much structure and freshness that it will likely age beautifully, and it’s a bargain for such a luxurious and perfectly balanced wine; particularly one with a mitre and keys embossed into the bottle.

Before we left the table we went back to the white wine that was still in our glasses and tried it again after 20 minutes of air. It had mellowed and rounded out a bit, which may also have been the effect of warming up. It still had that amazing finish, but the thing we all agreed on was there was a quality showing above the others: the freshness of Clos Bellane.

*Full disclosure: regular GFR readers will recognize Rogers & Company as one of our Good Food Fighter sponsors of this website. Nevertheless, the observations and opinions in this post are entirely my own. 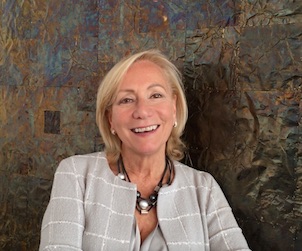 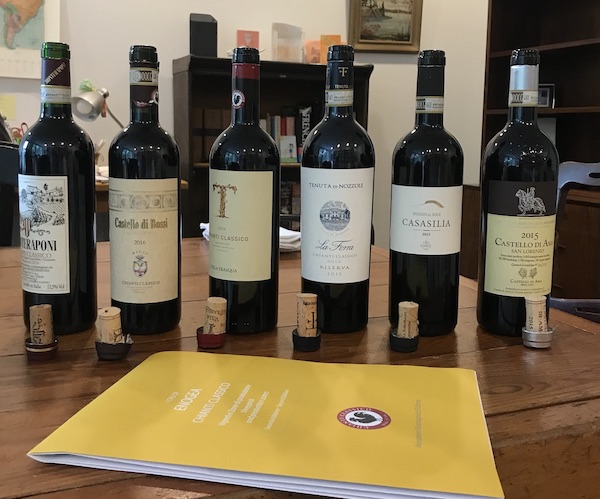 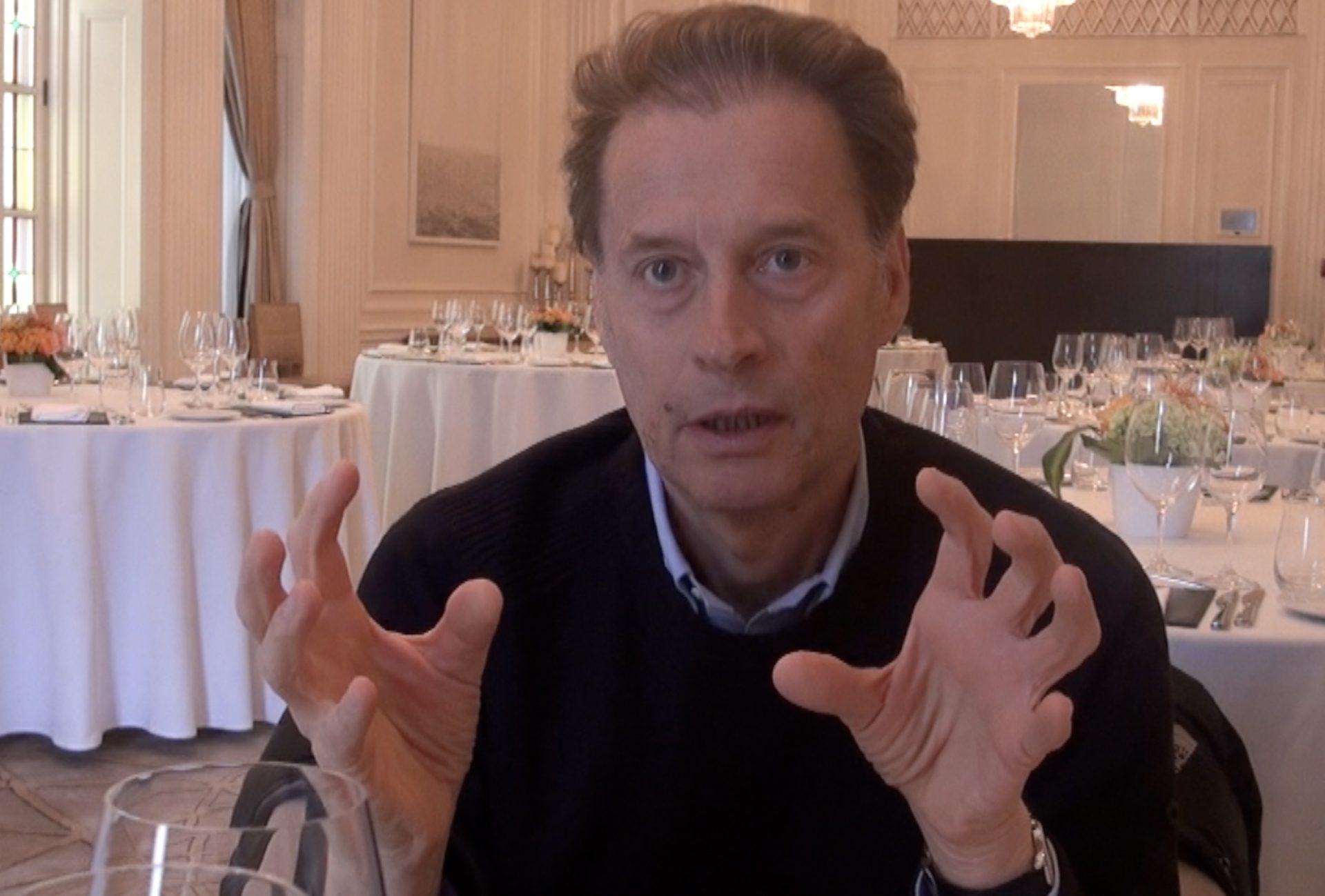