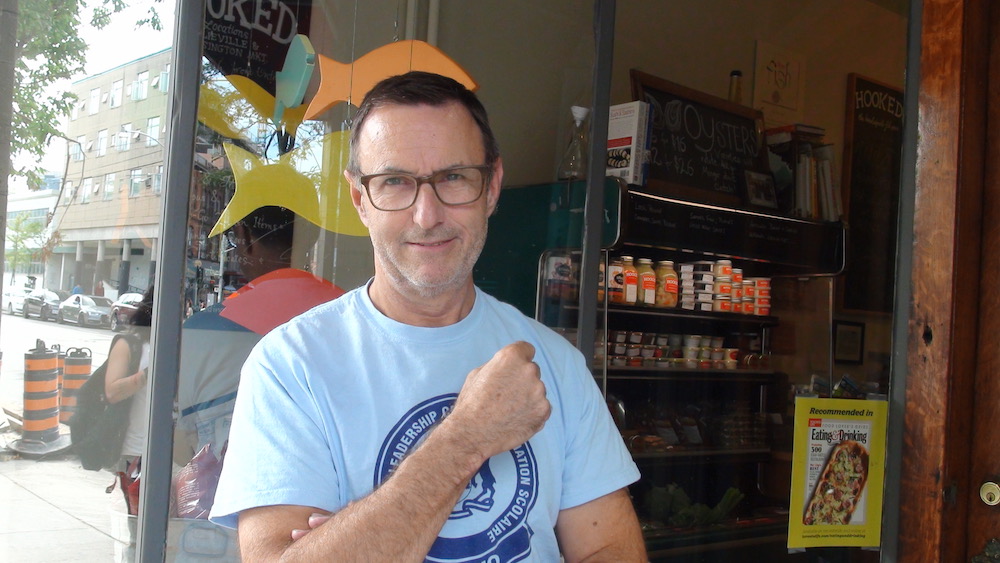 A gentleman who has always pushed for accurate labelling on everything in life, Fishmonger Dan Donovan.

Around five or six years ago I started to try and get my head around writing a piece concerning the proliferation of menu mislabelling, or as some more sensationally call it, menu fraud.

Over the years I had been told many an outrageous story about hitherto respectable restaurants listing components and/or ingredients on their menus that were far from the truth, but when, as part of my research, I decided to reach out into the void that is Facebook, I was astonished at the sheer volume of sordid tales of chicanery my Inbox received:

Soiled Reputation greens as an accompaniment when Antony  John hadn’t actually sent them anything for nigh on 12 months, fish and chips where the halibut mentioned on the chalkboard was anything (literally anything) but, or local and seasonal vegetables being locally and seasonally scavenged from the garbage bins at Toronto’s Food Terminal…

Although I took all of these accounts (many from disgruntled employees) with an enormous pinch of salt, interestingly enough I was also approached by a number of restaurateurs who suggested that I didn’t publish the piece, one notoriously unsavoury character even going so far as to unsubtly threaten me. Seriously.

All these years later, the subject still perturbs me, and so last week I decided to seek the sage wisdom and counsel of industry veteran Dan Donovan of Toronto’s Hooked, who had a fair bit to say upon the issue.

Edinburgh-born/Toronto-based Sommelier, consultant, writer, judge, and educator Jamie Drummond is the Director of Programs/Editor of Good Food Revolution… And that was a conversation he has wanted to have for a good few years.