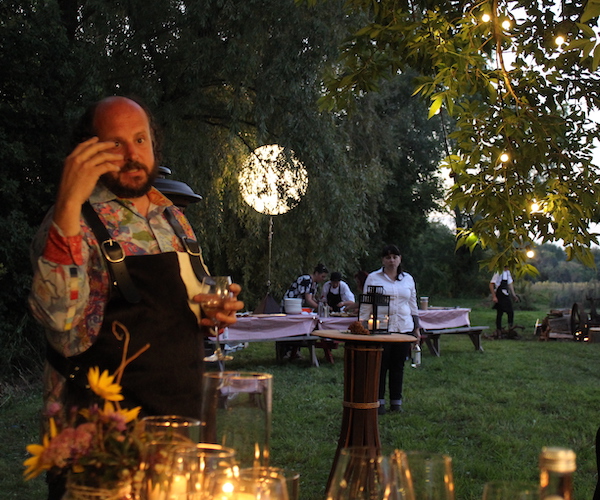 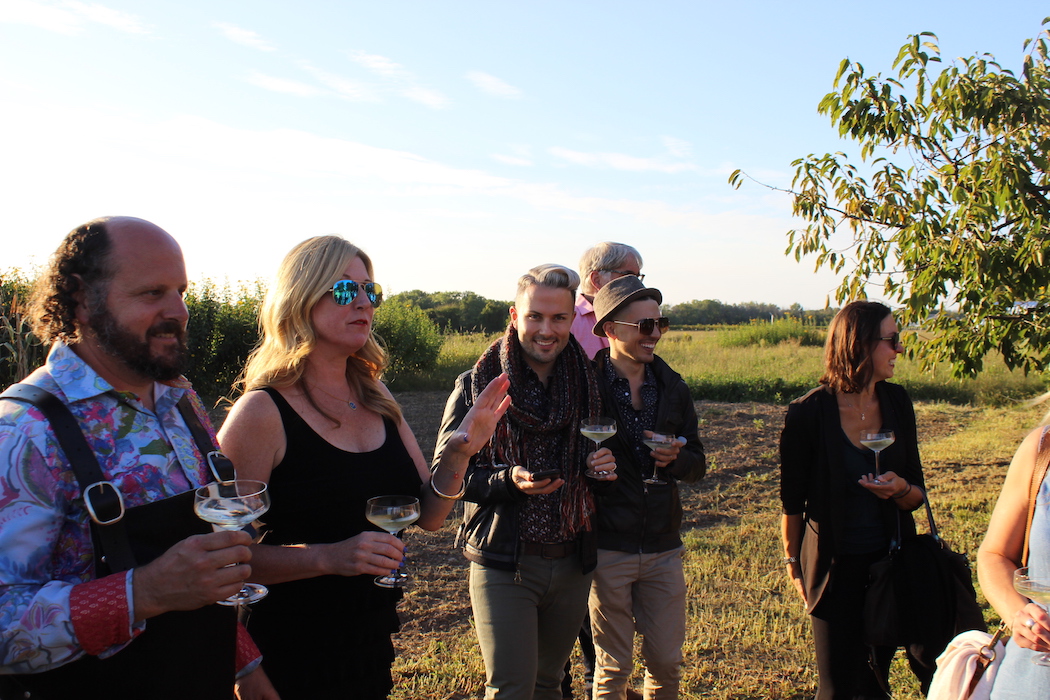 Chef Ryan Crawford and Magdalena Kaiser, on the left, welcome Tastes Untamed guests at his farm.

They call it ‘whammo’ but it’s not a sound effect from a comic book, it’s the Wine Marketing Association of Ontario, or WMAO, and their job is too remind people who like wine that some very good ones are made right here and, as is so often the case around the world, those wines go particularly well with the food we grow and cook locally. One of the ways they are spreading the message this fall is with a program called Tastes Untamed that features local restaurants that make a point of serving Ontario wine. And to get this year’s edition going, WMAO hosted me and a bunch of other wine and food journalists to a VQA wine laden dinner held among the vines and garden vegetables on Chef Ryan Crawford’s farm near his acclaimed Niagara-on-the-Lake restaurant, Backhouse. 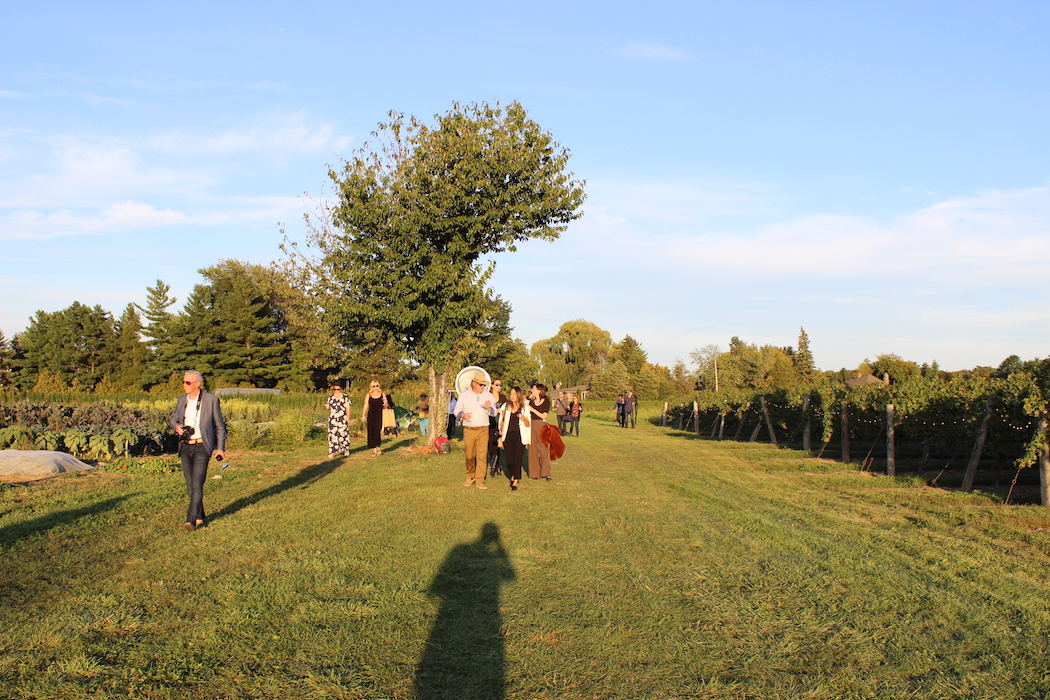 Things got started with snacks and a little bubbly. From Prince Edward County, Dan Sullivan poured his 100% Chardonnay Ceremony up by the house, while Tom Pennachetti topped up our glasses with his family’s Cave Spring Cellars own 100% Chardonnay sparkling NV Blanc de Blanc. Each the product of its own terroir, but both also distinctly product of cool climate Ontario and tremendous value for bubbles. Sparkling wine is something we do particularly well in this part of the world, but it still seems to remain a bit of a secret. This needs to change. 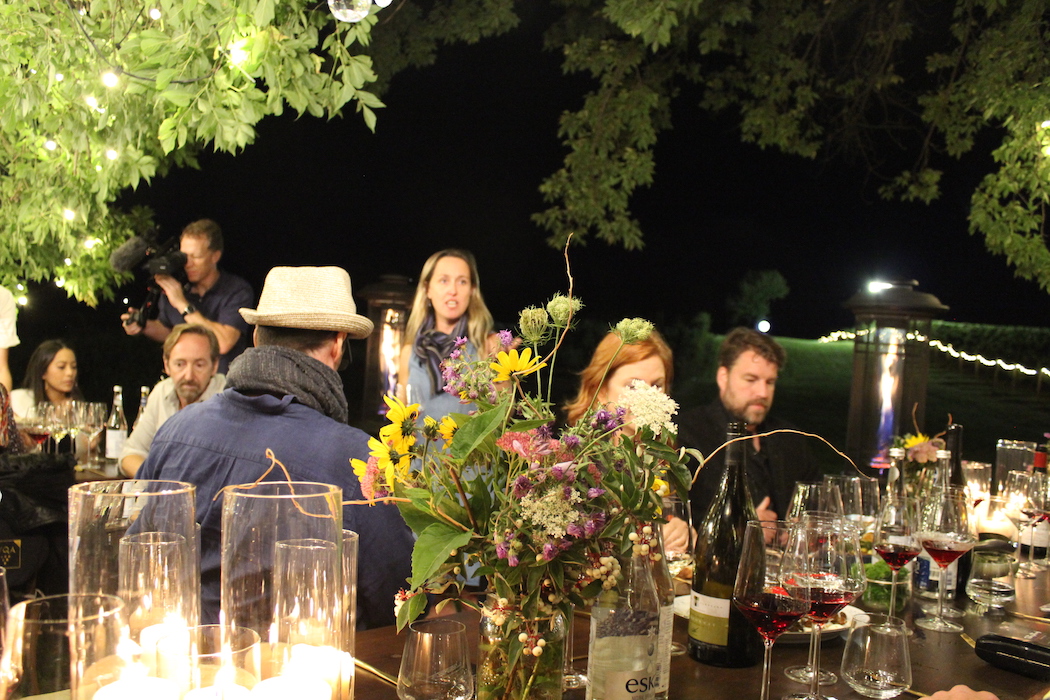 After snacks in the upper field, we descended, as the sun set, to a lower area to a couple of tables under the branches trees, lit with candles and chandeliers. Apparently this was in homage to the original Tastes Untamed ad campaign. It was all very romantic, in any event, though as far as I know the passions that night were confined to the gastronomic. Chef Crawford did not hold back. Starting with Hidden Bench’s 2015 Roman’s Block Riesling we began with his signature ‘Dip Dip Egg’ with ‘spinach caviar’ with his sourdough for dipping soldiers. It was a lovely study in contrasting pairings with the rich egg and lean wine. Then, he took us 180 degrees the other way, pairing Tawse’s 2014 Quarry Road Chardonnay with potatoes that were dug up from his patch hours before. Wow, those potatoes. They were creamy, almost sweet and also earthy. They came with charred leeks and some trout roe and crême fraiche, which really just served to season the tubers. It was so good its all we could talk about for a few minutes. And the pairing was brilliant with the elegant and fancy Chardonnay. Cream on cream, and the hit of salt from the caviar mixing into the minerality of the wine.

After the potatoes, we started to get into the reds, which were served with the main course: ‘Composition From Vine Roasted Lamb ‘. With the roast came ‘Garden Beans and Garlic Mousse’, ‘Black Walnut and Kale Pasta Salad’, ‘Summer Squash and Tomato Preserve’, ‘Grilled Eggplant Smoked Yogurt Carrot Frond Chermoula’. Everything came from the garden we’d seen when we sipped our sparkling wines and was in its full end of summer glory. To pair with these big and beautiful flavours we began with Malivoire’s 2018 Small Lot Gamay, which gave off it’s own riot of energetic juicy fruits and woke up our palates. Then, we progressed to Thomas Bachelder’s 2015 Lowrey Vineyard Pinot Noir “Old Vines” for a distinguished and complex adventure of red and black cherry fruit. And finally Thirty Bench’s 2016 Small Lot Cabernet Franc, which I had been lucky enough to taste with winemaker Emma Garner earlier this summer when I covered Thirty Bench’s 25th Anniversary. The wine did not disappoint and showed the same intense purple fruit concentration and full ripeness that had impressed me before. Again the progression of wines in the red flight showed both the versatility and diversity of what can be grown and made here as well as unifying cool climate taste of place that each showed in its own way.

By the time we made it through the lamb and all the sides, Chef Crawford wisely decided to go easy on us and serve us locally made cheeses, nuts and fruit. This had the pleasant effect of making the wine ‘dessert’ since the last glass we were poured was the winery next door, Stratus’ 2017 Riesling Icewine. I can’t think of a better way to end the meal, nor a reminder that sometimes the perfect dessert comes in a glass. Mission accomplished. Have a glass of VQA wine with your dinner tonight. 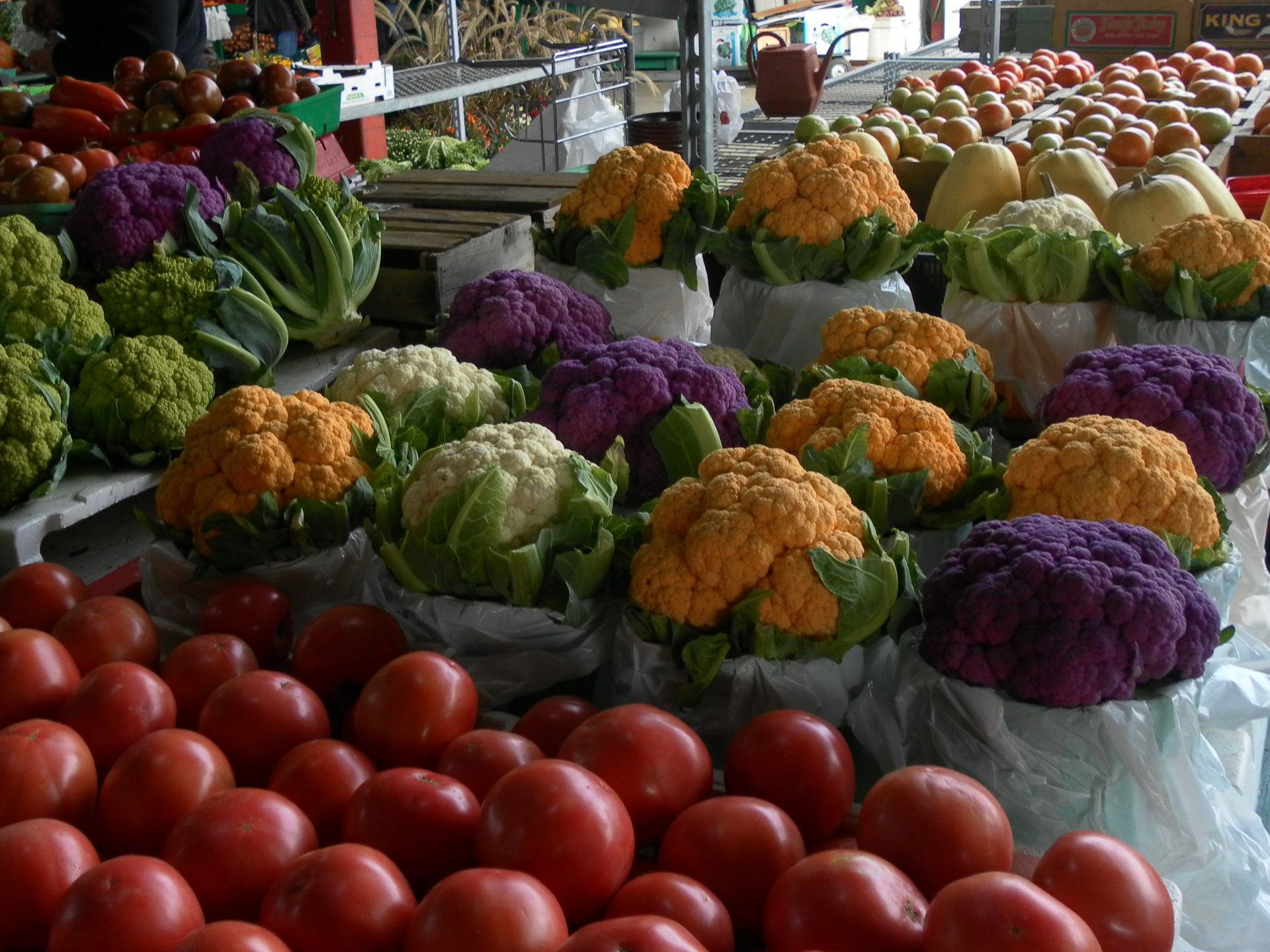 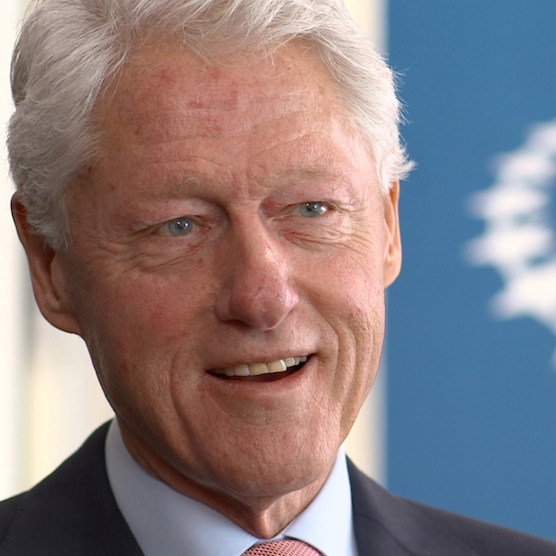