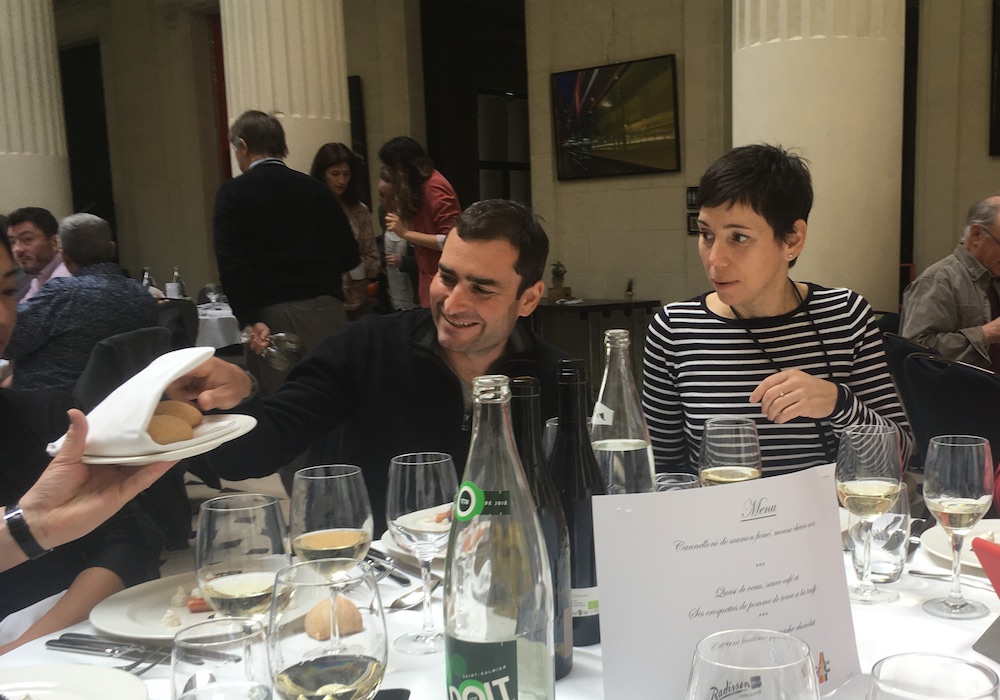 I’ve learned a few things about wine in the decade and a half that I have been writing about it and the people who make or sell it. I have learned enough that I am making some progress getting over my imposter syndrome and draw much more confidently on my accumulated body knowledge when I am gathering information for a story. However, I am fully aware that in more situations than less, if I am at an event with wine media or trade, I am the dumbest guy in the room. As a journalist, that’s a fine position to be in, since there’s that much more for me to learn and pass on from colleagues whose knowledge is wider and deeper than mine. Even globally, wine journalism is a small and mostly friendly community and most of us are happy to share whatever we know, or whatever we discover with one another. That kind of information exchange is difficult though in a crowded and busy walk around tasting. like the one I found myself in on an April Friday morning in Nantes, France. The tasting was part of the Val de Loire Millésime 2019 I attended as a guest of the Loire Valley producers, and was conducted over the course of a few hours at our hotel before we broke for lunch.

The walk around tasting featured wines from a number of the Loire Valley’s appellations: Sauvignon Blanc from Touraine, Rosé from Anjou and dry and semi sweet Chenin blanc still and sparklings from ‘Les Grands Terroirs de Vouvray’. The latter category was popular from the outset of the tasting, so I kept my eye out to see when the crowds might move on and there would be a little more room to taste the wines and talk to the producers. I noticed that Elyse Lambert, a Master Sommelier and Radio Canada broadcaster from Montreal was spending a little more more time in front of one producer than others and made a mental note to make it over to taste the wine, since I have nothing but respect for her knowledge and instincts. Sure enough I made it over and tasted the 2018 Vincent Carême Vouvray Sec poured by the man whose name is on the label. It was very good: minerally and fresh with notes of apple and lime, if a little young having just been bottled. It was certainly good enough for me to take care to take a picture of Monsieur Carême as an aide memoire and put a star next to my tasting note. The tasting was busy, and Carême was shy, we spoke a little bit in French but I only spent a few minutes with him and moved on. 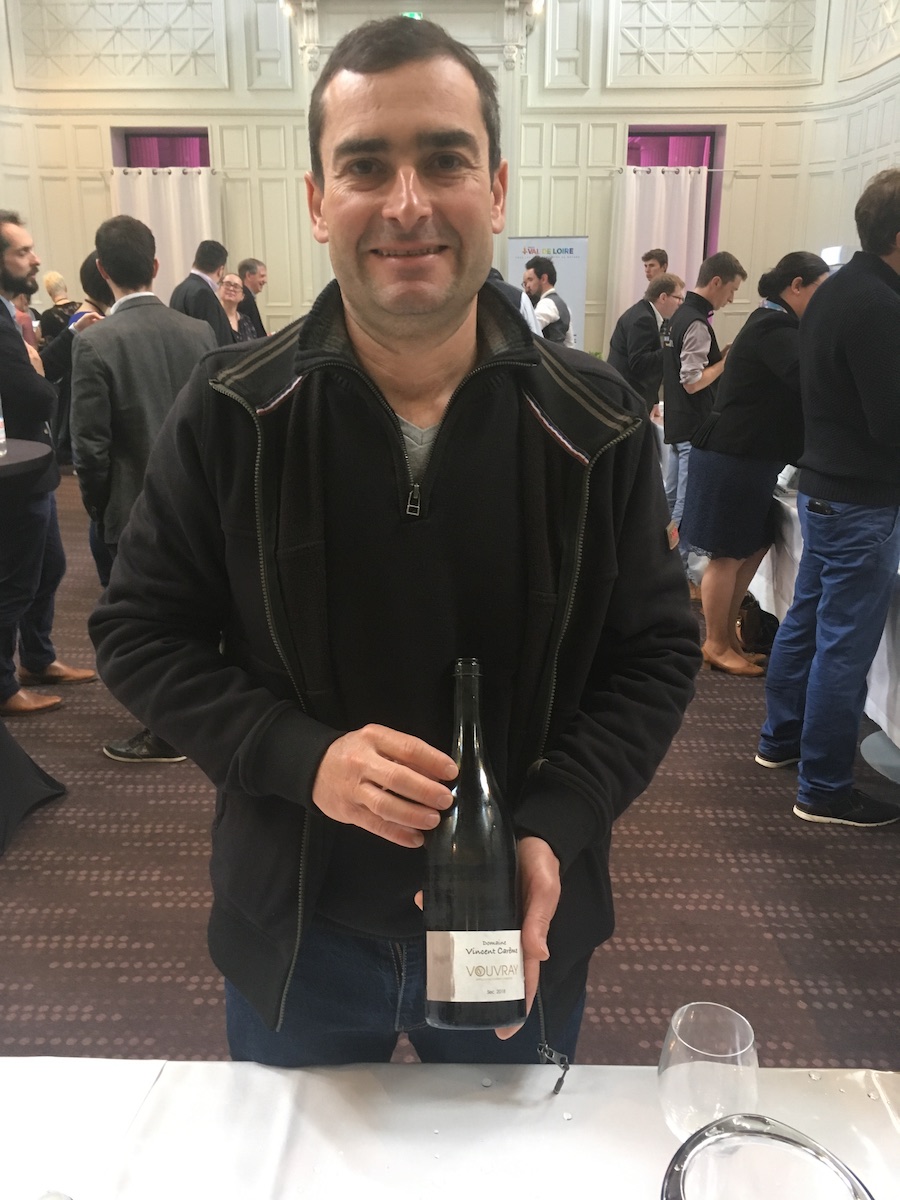 I don’t think I would have thought that much about Vincent Carême except as part of my knowledge acquisition strategy I had made an effort while in the Loire to try and sit at Elyse Lambert’s table at lunch. I did this for two reasons: she and the francophone journalists she often hung out with knew a lot more about the Loire wines and producers than I or many of the other English speaking ones did so 1) she and her friends often picked the best bottles left over from the tasting table for lunch and 2) she knew which producers to invite to join them. Guess who Elyse and her friends chose. This time I got to know Vincent Carême a little better and we tried his 2017 Vouvray Sec, which was really lovely, though at lunch I didn’t take notes. Okay, I thought, this guy definitely knows how to make wine.

In the week or two following my trip to the Loire, I didn’t think about Vincent Carême very much, nor would I have planned to write about him particularly since I had only one tasting note, a few snippets of conversation and not much else to go on. That changed when I received two emails over the course of two weeks. First, I got my regular weekly newsletter from Jancis Robinson’s site wherein Tamlyn Currin had named the Vincent et Tania Carême ‘Spring’ 2017 Vouvray as a wine of the week, and written a glowing review and a short profile of the young up and coming winemaker and his South African wife and partner (they make wine in South Africa too, apparently). Ha, I thought, this is not the first time I have cluelessly met a winemaker only to find out he or she is considered a rock star. The second email arrived this week and it sealed the deal. It was from the agency Lifford announcing their representation in Ontario of the ‘New Vouvray Star Vincent Carême’, with offerings of the fines boules Vincent Carême Brut 2015 and the Vincent Carême Vouvray Sec 2017 that I had enjoyed at lunch in Nantes. I expect to see the name Vincent Carême on wine lists in Toronto very quickly. They’re not cheap wines, but they show at a level so much higher than their cost, that they’re great value for civilian enthusiasts (like me) or savvy restaurateurs. So, I got my story after all. Sometimes it pays to be the dumbest guy in the room.