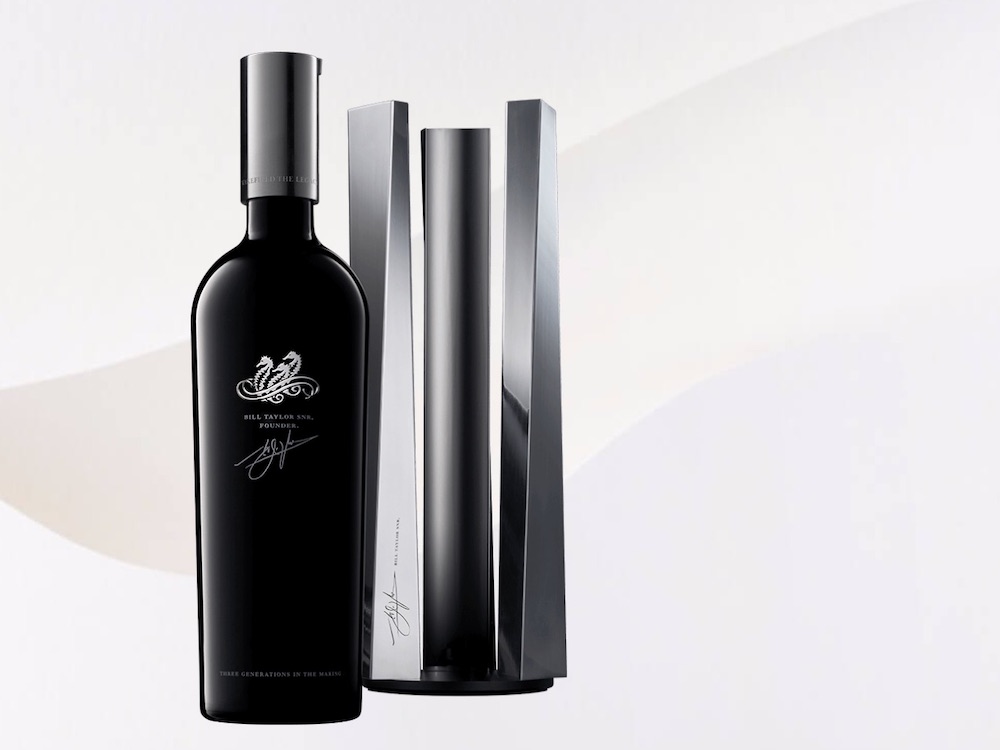 1,080 Bottles of the Wakefield 2014 The Legacy Cabernet Sauvignon have been made.

The 2014 Wakefield The Legacy Clare Valley Cabernet Sauvignon had a production run of just 1,080 bottles, each of which costs 1,000 Australian dollars, and each of which comes in its own chrome (I think) case. The closure on each bottle of the 2014 Legacy is also a little different as it includes some kind of homing device or chip that lets the Wakefield winery know when and where each bottle has been opened. So, if you call up Wakefield’s Ontario importer, Profile Wine Group, to get your order in, you can be assured what you get is the real thing. For what it’s worth, the taste I had of it was delicious, full of rich black fruit, and still young and grippy with tannin.

The bottle of Legacy, along with nine others was brought to Toronto recently by the Master of Wine Neil Hadley, the winery’s export manager. Neil, as you can see in the video below*, is an affable and cheerful man who led me and a room full of some of the city’s top sommelier through a master class on Wakefield on the occasion of the 5oth year anniversary of the winery’s founding in the Clare Valley by Bill Taylor, who had been a successful wine merchant in Sydney. After the tasting and seminar, I got Neil to summarize what we had tasted on camera and heard in his class. The wines, I thought, showed well, including Riesling, Chardonnay, Shiraz and Cabernet Sauvignon. A broad generalization would be they were modern, fruit forward and food friendly, but retained some old school Australian charm with oak notes and sometimes eucalyptus in the reds. Luckily, they don’t all cost $1,000, too, so watch GFR as some of the Wakefield wines make their way into the LCBO.