I recently had the pleasure and privilege to attend Beau’s Oktoberfest in Vankleek Hill, Ontario.  For those of you not in the know, Vankleek Hill is the Gingerbread Capital of Ontario. So  I took yummy gingerbread.  Judging from the houses, the gingerbread title refers to architectural style rather than anything edible.

Vankleek Hill is also the home of some of Ontario’s best beer and best people — the home of Beau’s Brewery, founded in 2006 by father and son Tim and Steve Beauchesne. 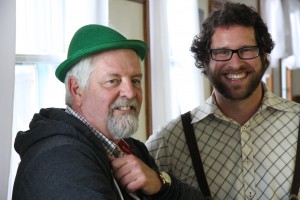 In March of 2007, visiting friends of mine in Ottawa, I took a side-trip on a whim to the brewery, and was really impressed by what a great guy Steve was, as he toured four beer fans through the brewery and the various stages of the beer production from start to finish.  I walked away wanting to share what I’d discovered about this little place in a small town, and wanting to return. So I leaped at the chance to accompany Jamie Drummond when he offered.

Driving to Oktoberfest was “speedy” as we were tight for time to get Jamie to his speaking engagement,  “Pairing Wine and Beer.” We arrived with just enough time to spare to check in at the Grand Barn, which is, in their own words, “an adult oriented, progressive clothing-optional campground and nature retreat [. . . ]  a place to be at one with nature, optionally nude and free.”  But no worries — we were the only ones staying there.  And it was late September, and not warm.   And we were staying in trailers/caravans from the 1970s: clean, but small.  I banged my head several times going in and out of the airplane-sized bathroom that included a shower, sink and toilet.  It was really rather limber of me to manage to shower in the amount of space available. 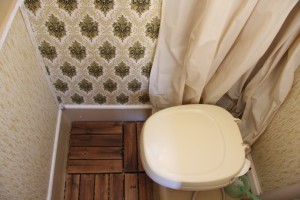 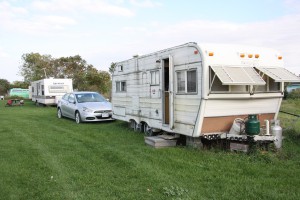 What picture did I have in my head when I thought about Oktoberfest?  Sure, it’s lederhosen, and green felt hats, and beer steins, and German-inspired food, and Walter Ostanek.  But this Oktoberfest sported a younger crowd than I expected, the hats weren’t so silly when most of the people around me were wearing them, the beer steins came in handy on pours when they’re a litre and other cups are half the size, the food was unbelievably not what I expected, and the music transcended the accordion.

The enthusiastic attendance at Jamie’s two “Beer and Cheese Pairing” sessions (he expected 20-40 people and got over 100) more than made up for the need to talk over the people sitting at the back of the room. 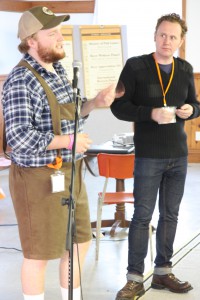 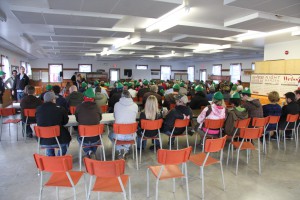 Mostly, though, the crowd was remarkably well-behaved, and I only saw one person escorted out by security.  In Munich, there is a term for drunk patrons at Oktoberfest:  Bierleichen (“beer corpses”), but in Vankleek Hill I saw no stumbling drunks.

It was like classy house party.  At a fairground.  The beer itself was sublimely spectacular.  Cask Days, which this year will be at the Brick Works, brought 48 different casks from 29 different breweries with them to Vankleek Hill, and the results were heavenly. 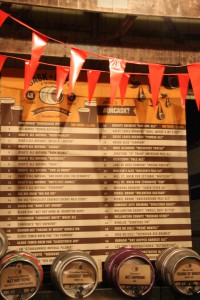 The Beau’s beer was awesome. In fact, everything they’ve put out has been awesome, but as a fan, I’m biased. Though, Scott Cuggy’s “AND BOOM GOES THE DYNAMITE” was really special.  Not that I didn’t love the Weiss O’Lantern, Dark Helmut, Vasssar (REALLY loved this!), Oktobock or Lug-Tread.  Bellwoods Brewery’s “Roman Bathhouse”, and House Ales’ “Fermium” were the two beer that also continue to resonate in my senses after ten hours of drinking beer.  (Yep, ten hours of drinking beer, but at no point was I drunk.) 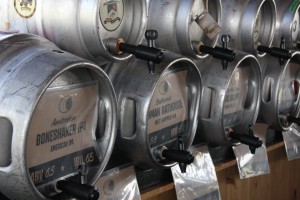 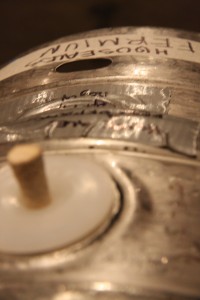 There was a lot of beer sampling that weekend, as well as walking around to sample different beer, or walking back to the Cask Days tent to drink more beer.  There was pleasure in watching people revel in Doo Doo the Clown being there (“Billy Madison”, with Adam Sandler.  He was the clown.), 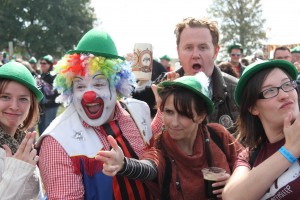 and the awesome chicken dance some guys did with him. 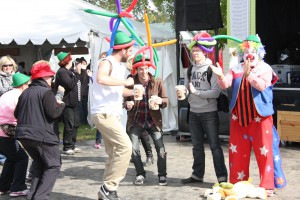 There was a lot of photographing guys in lederhosen, women in the female version of lederhosen (dirndl), music acts, people drinking beer, people pouring beer, people eating food. eating a deep-fried turkey leg and a phenomenal reinterpretation of poutine that was actually light, and not heavy. 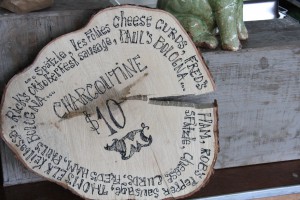 The music was eclectic:  younger and older acts, with Ron Hawkins being a real pleasure to see and hear, and Washboard Hank with Carolyn Mark being a real experience! 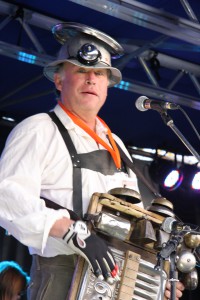 All of this happening because Beau’s Brewery likes to have a good time, and do good work, whatever that work is.  With Oktoberfest they fundraise for organizations like Operation Come Home, Just Food, The Vankleek Hill Agricultural Society, and more. 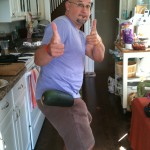 David Kruger is a kindergarten teacher in Parkdale, after a decade teaching in Regent Park.  He’s an active advocate for social justice and food security.  He lives in Toronto with his superstar wife and awesome daughter, and never ceases to stop being amazed at the process of creating and/or eating tasty dining experiences.

About the Author: David Kruger