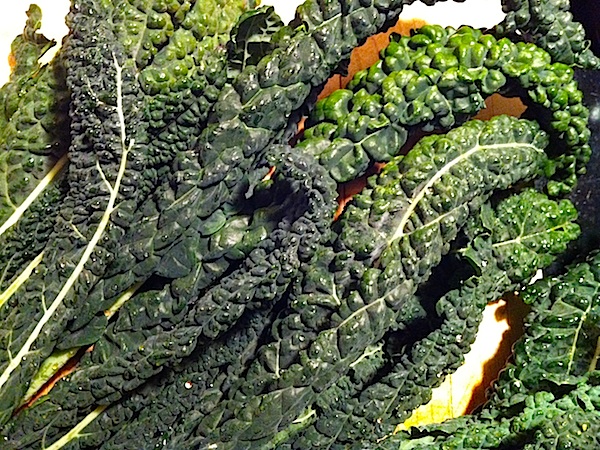 It’s fitting that the Scots gave modern English it’s name for Brassica oleracea, kale. It’s hard to think of a heartier green, more suited to Scotland’s cold climate. Indeed, across most of Northern Europe and North America, kale and its cousin, chard, can be counted on to provide some fresh greenery on conscientious food lovers’ plates, since it can be grown longer into the fall, be planted earlier in the spring and be kept in good shape if it needs to be shipped from Texas or wherever it might come from in the dead of winter. (The exception to the kale rule is, apparently, France, which Amy Verner reports had all but forgotten the stuff.)

Kale has been in vogue on this side of the Atlantic in the last few years, equally loved by the locavore set, since even if it’s not always local, it’s at least seasonal, and by the modernist set, who make things like kale chips in their dehydrators (cf. Doug McNish at Terroir 2012).

One kind of kale, with a sexy Italian name, has been a foodist favourite in the UK for over a decade. Cavolo nero was popularized by Ruth Rogers and (the late) Rose Gray, the chefs, owners and founders of London’s River Cafe. The “black cabbage” was featured prominently in the River Cafe series of cookbooks authored by the chefs in the late 90s and early 2000s. I will admit it took me a while to realize that the exotic looking Tuscan brassica mentioned in the books was what North American grocers typically call “lacinato kale”. Those French who do remember kale, thinking of this variety, will call it “chou de plume” or cabbage of feathers, since it’s leaves look a bit like heraldic ostrich feathers, as opposed to every day kale’s curly parsley-like crenelations. 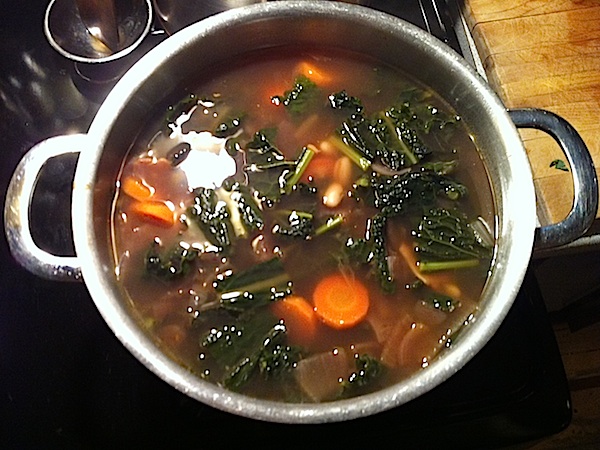 It’s tough stuff that can survive a few frosts and snow falls. In fact, Gray and Rose claim that:

[Cavolo nero’s] wonderful taste develops after the plants have had a few weeks of frost. Leaves picked too early taste bitter and stringy. (River Cafe Green, 2000).

The Tuscans use it in their robust winter soup, ribollita, since the toughness that gets it through the frosts also gets it through the boil. Cavalo nero has become my go to winter soup green for this reason and because its strong flavour stands up as well, and it seems to marry nicely with the Maillard effect sweetness of roast turkey or chicken stock.

For my recipe for ‘Kale, Bacon and Bean Soup‘, pictured above using cavolo nero, click here. 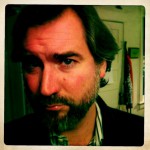 Malcolm Jolley is a founding editor of Good Food Revolution and a Toronto-based food writer and journalist. He sits on the steering committee for Terroir 2013 and hopes all interested hospitality professionals have bought their tickets for this year’s conference, because space is limited.