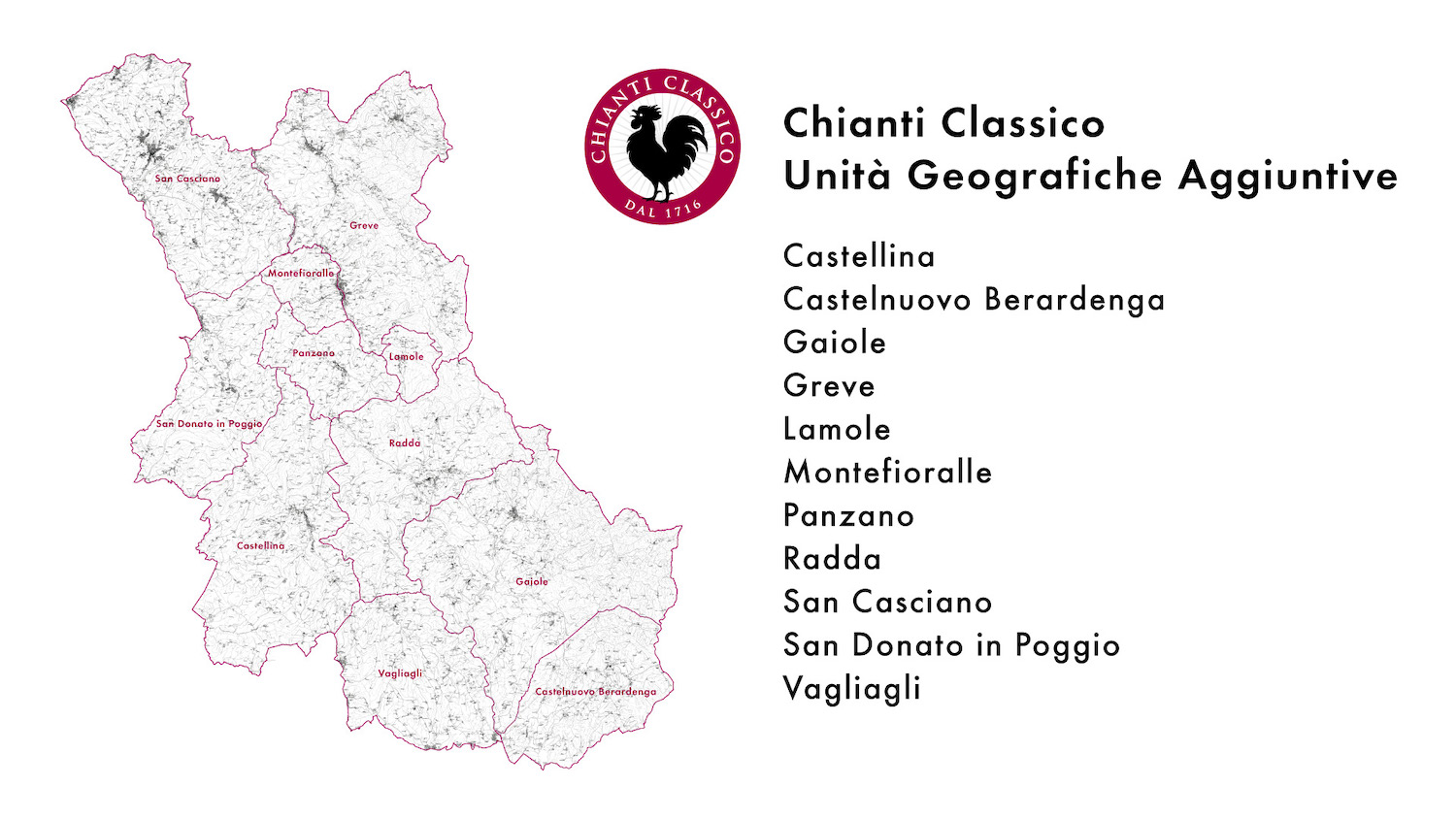 For some years there has been a discussion among the producers of Chianti Classico as to whether or not the DOCG should recognize subregions within the appellation on their wine labels. The temptation to designate, following the commercially successful model of Burgundy, ‘crus’ or ‘villages’ among premium winemakers is strong. Likewise, among trade and enthusiasts, another layer of classification is almost always a helpful guide among the cognoscenti, as certain qualities can be attributed to specific sites. The trouble lies with consumer and whether it’s worth burdening her with yet another piece of information, which may have little use to her. The conventional wisdom being most people find wine and wine labels intimidating as it is. Chianti Classico already competes for the consumer’s attention against the larger Chianti DOC, and has three classifications within it already. How many wine drinkers know the difference between Annata, Riserva and Gran Selezione? Are they really supposed to know the differences between wine from Greve or Radda on top of that?

This week the debate was finally ended with a press release sent from the Chianto Classico Wine Consortium, following a vote whereupon a majority of its members decided to officially recognize 11 ‘Additional Geographical Units’ within the appellation, named for the principal village in the area: Castellina, Castelnuovo Berardenga, Gaiole, Greve, Lamole, Montefioralle, Panzano, Radda, San Casciano, San Donato in Poggio (including the territories of Barberino Tavarnelle and Poggibonsi), and Vagliagli. Commenting on the dicesion Consortium president Giovanni Manetti said:

“The phrase “the territory makes the difference” has always been one of our favourite mottos. Chianti Classico is a truly unique territory, two-thirds of which is covered by woodland and only one-tenth of which is devoted to winegrowing, and more than 50% of this now follows the dictates of organic farming (52.5% of the area under vine). As I have often said in my three years as President, wine reflects the territory like a negative photographic image, and this is why it is so important to preserve its environmental context and landscape, and be able to tell the consumer about it, in all its various facets, also through the label.”

For now, the UGA’s will now only be required on the labels of Gran Selezione wines. Gran Selezione wines are single estate wines and due to an accompanying edict will now be required to be made from 90% Sangiovese grapes, up from 80%. Producers will have the option to include the name of their UGA on the labels of Annata and Riserva wines, as many do now in accordance with current EU rules about product of origin labelling.