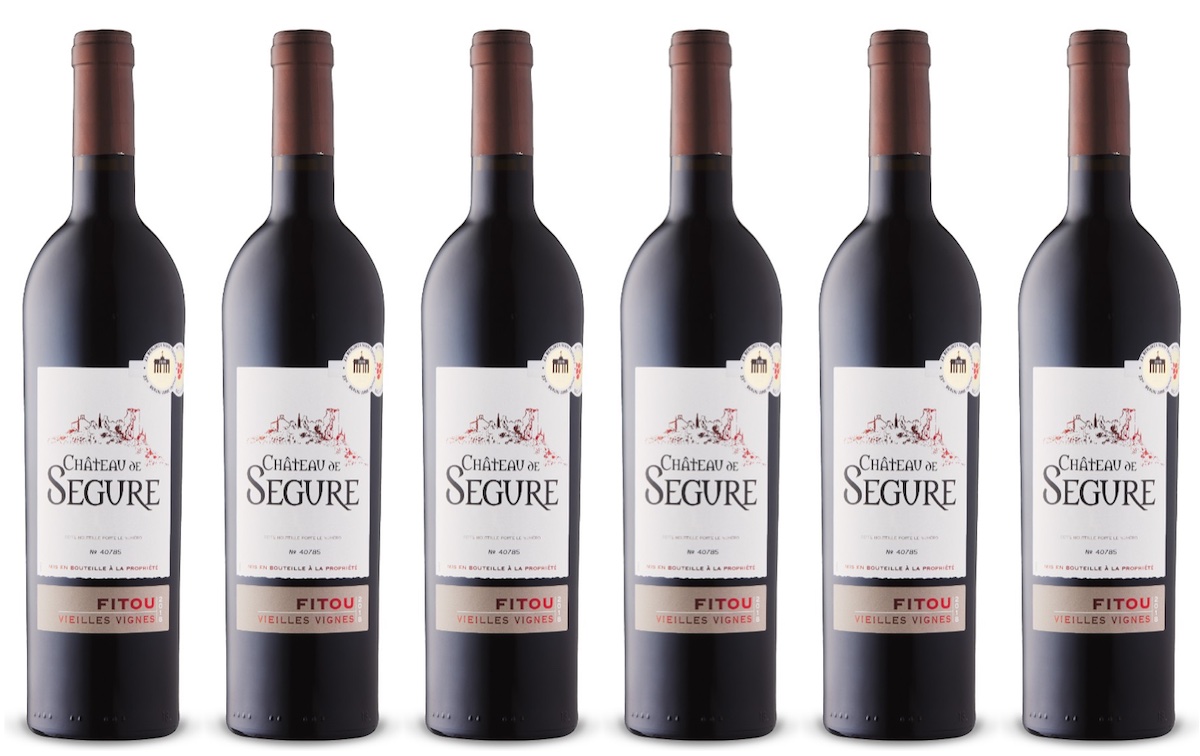 Carignan: a French grape that has got even less respect than Grenache, responsible for high yields and wine lakes. Co-operatives: French wine making organizations that, like Carignan, are infamous for putting quantity over quality and often sell plonk locally in bulk from a kind of gasoline pump modified for wine. So, why is the Carignan dominant Vignerons de Mont Tauch Château de Segure Veille Vignes Fitou 2018 ($17.95 | LCBO# 370254) so good?

The Mont Tauch co-operative is one of the South of France’s biggest, and the dominant producer in the appellation of Fitou, which extends from the Mediterranean bite of the Gulf of Lions where Langedoc turns into Roussillon. Fitou is remarkable in that it requires its red wines to be made with at least 20% Carignan (as well as 20% Grenache). Carignan was once very widely planted in the Langedoc for its high yeilds and powerful wines, which could be blended into weaker reds from cooler regions. Then, it became unpopular and was the target of EU financed vine pull schemes. Despite its reputation, Carignan can make some very fine wines, like the pricey reds of Priorat, not that far over the Pyrenees from Fitou. The secret, or so they told me in Catalonia, is old vines which produce lower yields and concentrated fruit. Since until recently most of the attention paid to Carignan vines in Fitou was to tear them out of the ground, you can bet there aren’t a lot of newly planted Carignan vines there and when the Mont Tauch co-operative says on their label that the 2018 Château de Segure is made from ‘vieilles vignes’ it’s true.

What is also true is that the 2018 Château de Segure, which is made from Grenache, Syrah and Mourvèrdre, as well as Carignan, is fruit forward with focused blackberry and black currant and violets on the nose. It’s all pulled together with grape tannin and a fine touch of wood, which is a welcome seasoning to the deep and powerful Mediterannean fruit. It’s a big wine full of sunshine and wants red meat or red sauce, or both with a chili con carne in lieu of cassoulet. At $18 it’s certainly worth a try.

Click here to find this wine at the LCBO. Find out more about the Mont Tauch co-operative at mont-tauch.fr.