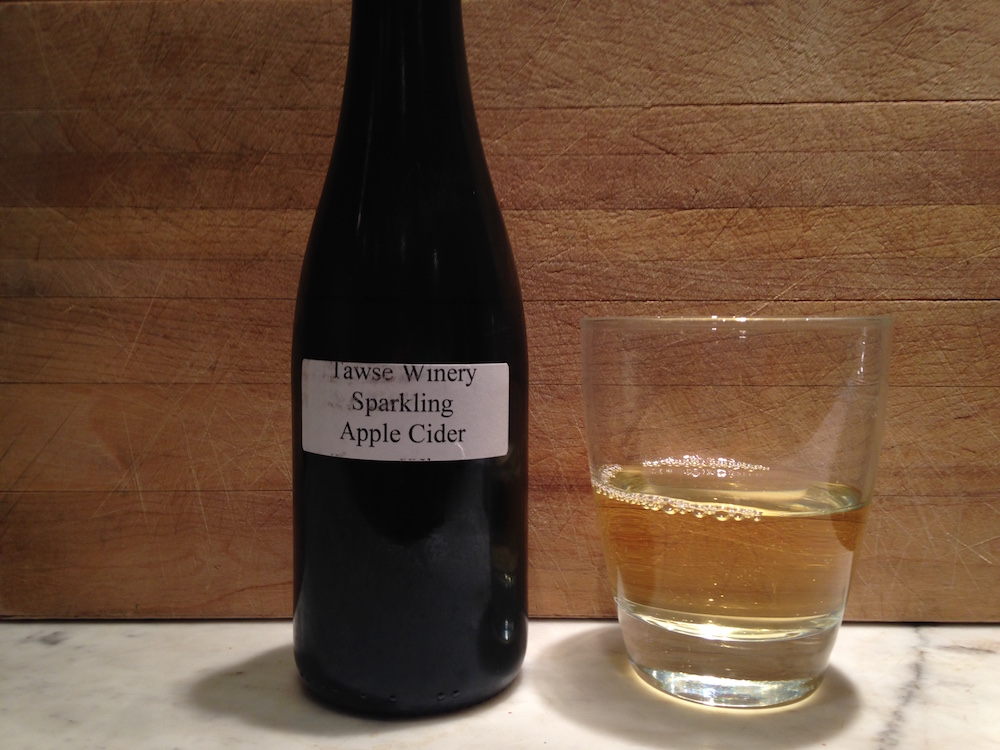 I realize it’s not actually possible to see someone roll their eyes over the telephone, but I think I came pretty close with Paul Pender recently. I had the winemaker at Niagara’s Tawse on the line to find out a bit more about their newest product, an sparkling apple cider. I asked him if he had any experience making cider before this year. His reply went along the lines of “I ferment fruit, that’s what I do!”

Indeed that is what Paul Pender does to much acclaim. The trouble he’s had lately is that he didn’t have a lot fruit handy to ferment. The brutal winters and frosts of 2014 and 2015 meant he had significantly less grapes to make wine with. Neither Paul, nor proprietor Moray Tawse, like to see the winery be under capacity, so the decision was made to source apples from Ontario and ferment them instead.

Pender told me that he “wanted the cider to be about the apple” and that’s how the Tawse Winery Sparkling Cider tasted to me. I split a sample bottle with my wife on a Saturday evening, and it made a refreshing aperitif. Warm fruit in the beginning, like a red delicious, and crisp on the finish like a McIntosh.

For now, Tawse is selling the sparkling cider in 20L kegs to the trade. But plans are afoot to expand into bottles or cans, and Pender hopes to make Tawse Cider a permanent product line, even as wine production gets back on track. In the meantime, restaurateurs interested in offering it should contact the winery here. Watch this space for news about Tawse Cider as it rolls out…