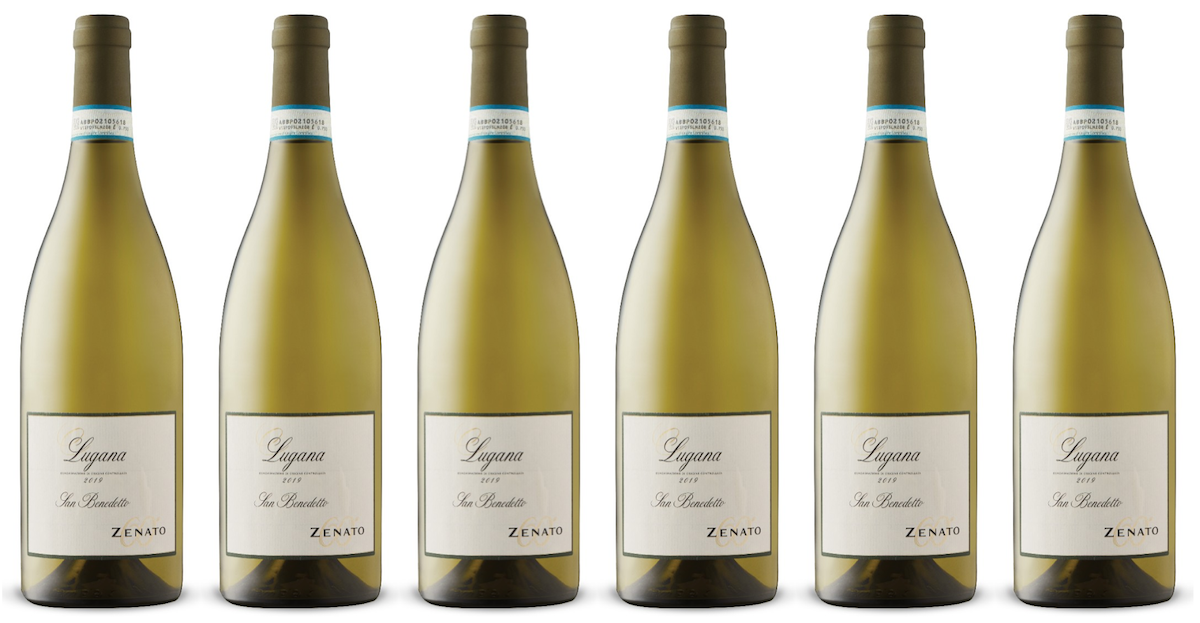 Lugana is both the name of an Italian wine region and the white grape from which its wines are made. The Lugana grape is more commonly known by its name in the Marche, Verdicchio, but the same variety is also used in on the other side of the Valpolicella hills from Lugana (the region) in Soave, where it is known as Trebbiano di Soave. The Italians who make wine from this grape will take great pains to explain to anyone who will listen that it has nothing to do with actually Trebbiano, a.k.a. Trebbiano Toscana or Ugni Blanc, with which they don’t care to be associated. Finally, in Lugana, the Lugana grape is also called Torbiano, which sounds a lot like Trebbiano, so maybe its best to just call it Lugana in the end.

Lugana DOC, the wine region, is a more straight forward proposition. Although it’s quite small, with only 1,000 hectares under vine, it straddles two regions: Lombardy and Veneto. It’s situated at the south end great Italian Lake Garda. On the Venetian, or Veronese side is San Benedetto, the only ‘cru’ or village designation in the region, as well as the name of the Zenato estate from whence the Zenato Lugana San Benedetto 2019 ($19.95 | LCBO# 707158) comes. Lake Garda is a holiday destination, and there is something relaxed and easy going to this wine: its good humoured with honey crisp apple notes that go to peach on a long finish. It’s fresh but with good weight, and works on its own or with snacks as an aperitif, or could carry a seafood or pasta meal. What this wine really goes well with is imagining sitting at a table on a Garda lakeshore piazza watching la passeggiata at cocktail hour as the sunset lights the Dolomite Alps in the distance… at $19.95, it’s certainly worth a try.