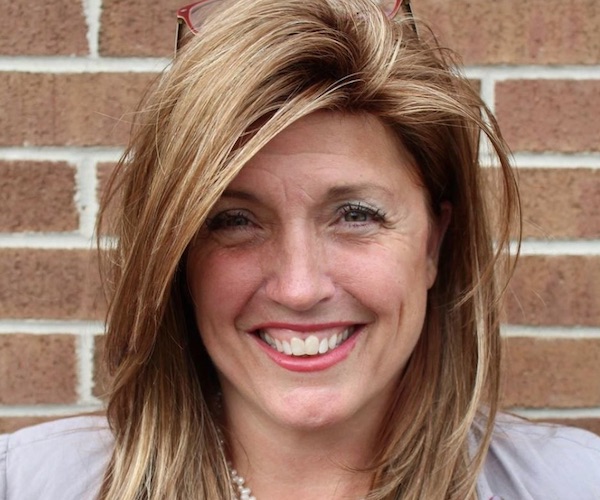 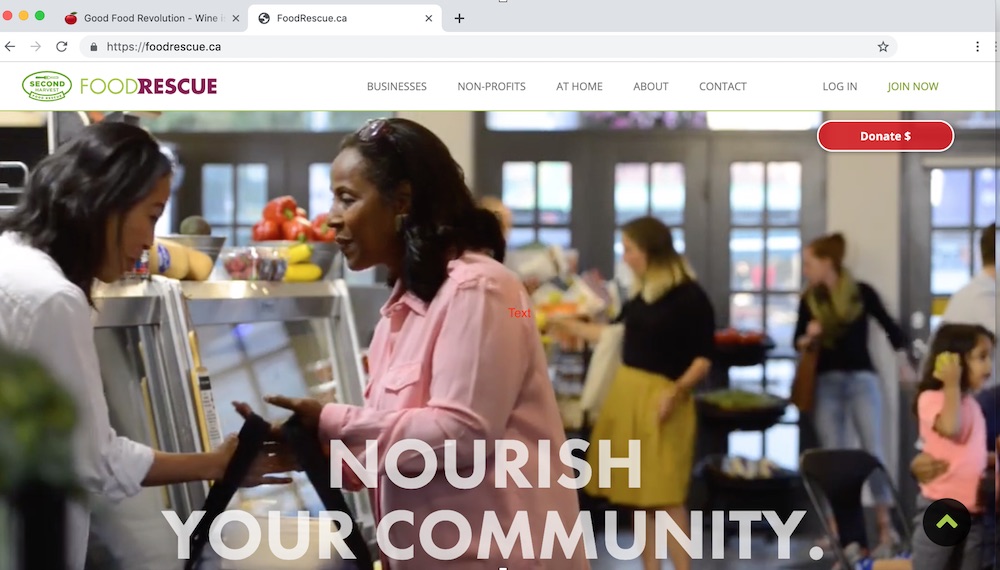 I called Second Harvest CEO Lori Nikkel to talk about FoodRescue.ca, the website that fights food waste by matching food businesses with surplus food to organizations that need it, and she told me I caught her as she was walking through Stanley Park. Nikkel was in Vancouver to launch FoodRescue.ca in BC after a successful implementation in Ontario. As she strolled across the sunny park, I recorded our conversation to make up the interview below.

This interview has been edited for length, clarity and style…

Lori Nikkel: Well food rescue is what Second Harvest does. We’re Canada’s largest food rescue organization and this is our online platform that allows communities to access surplus food themselves by allowing food businesses to donate that food to their communities.

Good Food Revolution: From what I could tell from looking around the website, it’s really that straight forward, isn’t it? If you’re in the business of serving food and you have more food left at the end of the day than you’ve sold, then you can make sure it finds a good place to be. Is that kind of it?

Lori Nikkel: That’s it. It’s the eharmony of food. It’s a match-making tool. We did a study last year that looked at waste all through the supply chain and we found that in Canada we waste 58% of the food that’s produced for Canadians, including imports.

Lori Nikkel: It’s a huge challenge, not just because there are people who are food insecure, but also because it goes into landfill and creates a significant climate change impact.

Good Food Revolution: I like that you eliminate waste by using it. Remind me how long has Second Harvest been in the food rescue business?

Lori Nikkel: We’ve been around since 1985: 34 years ago it was a couple of volunteers and a hatchback. Now, we’ve grown our fleet to 12 trucks and we’re crisscrossing Ontario, accessing surplus food and delivering it to social service or mission-based groups. And we’re about prevention first: if you can prevent food waste, prevent it. If you can’t, then direct to people who need it.

Good Food Revolution: Then, how does FoodRescue.ca work? You’re not driving the trucks you send to big grocery stores to pick up all these small orders from neighbourhood cafés?

Lori Nikkel: Right. The impetus for Food Rescue.ca was really that in Toronto there was so much food that it just didn’t make sense for us to send a big truck to get it. A local Starbucks might have a small yield of food, and as an environmentally responsible organization sending a truck there just doesn’t make sense. But that surplus food still needed a home. So what we were doing was when a food businesses called us, we would call around local social service organizations and agencies, like shelters and drop-in centres, and ask if they could pick it up. So, FoodRescue.ca is just a way for us to get off the phone and let people do this themselves. Because there’s no volume required, while there are some organizations with a refrigerated van, there are also groups of high school students who will pick up food with backpacks. And, it was such success in Toronto, it expanded around Ontario quickly and now we’re expanding into BC.

Good Food Revolution: It sounds a bit like Uber: you could order a big car, or a small car.

Lori Nikkel: Exactly, or even Uber Pool. We have an organization in downtown Toronto, Pilot Place that picks up from four or five Starbucks.

Good Food Revolution: And to be clear: you’re only connecting commercial donors, right? Like if I don’t eat half my lunch at home, I can’t send it to a Food Rescue group.

Lori Nikkel: This is just B2B. The reality is that we’re a $34,000,000 a year business and our imperative is that we handle that food as safely as possible. So, FoodRescue.ca is not just about match-making, we have pretty strict regulations that organizations have to comply with. We audit the system to make sure they’re using coolers and thermometers. There are training videos on the website.

Good Food Revolution: What if I work for a big firm that gets lots of meeting catered and has lots of leftovers at the end of the day?

Lori Nikkel: As long as the the food hasn’t been exposed. We tell businesses to try and keep as much stuff wrapped up and see how much people actually eat. We can’t pick up food from a buffet where half the pan was eaten and the other half left.

Good Food Revolution: This is such a great idea. How did it practically come to be?

Lori Nikkel: We needed to build the technology and we got a wonderful grant from the Walmart Foundation for 1.8 million dollars to build the tool. Technology doesn’t come cheap. And as great as technology is, we’ve also found that we need person to person contact for it to work, so we have food donor coordinators and agency relations coordinators to walk organizations through the system. And we have supporters, like Loblaws that’s providing the funds to do an evaluation of Food Rescue in Ontario and made it possible to launch in BC as well. And of course our partners all across the supply chain, including one of our national partners, Starbucks.

Good Food Revolution: Amazing. Did I miss anything?

Lori Nikkel: Just that all of this hard work needs support, so please donate to Second Harvest! 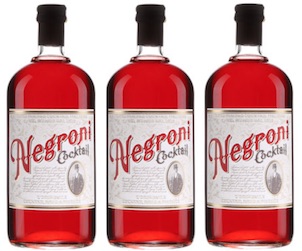 Negroni in a Bottle 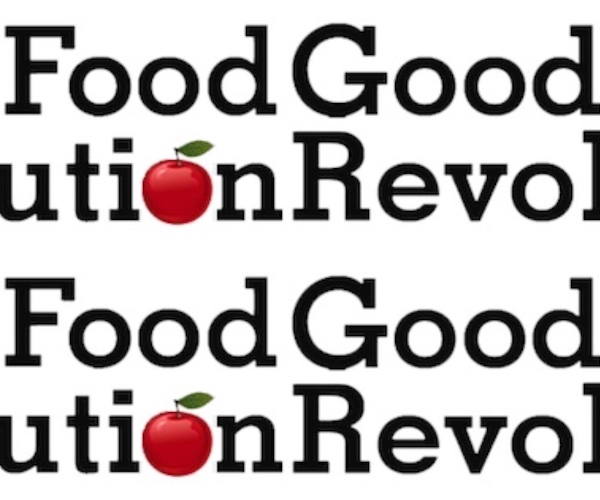 Note from Jamie and Malcolm 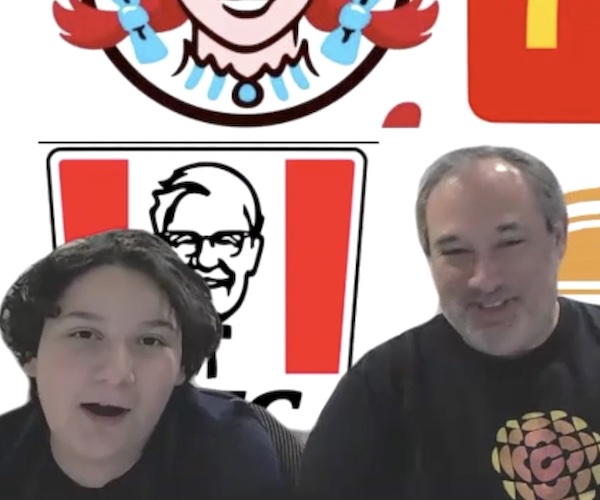 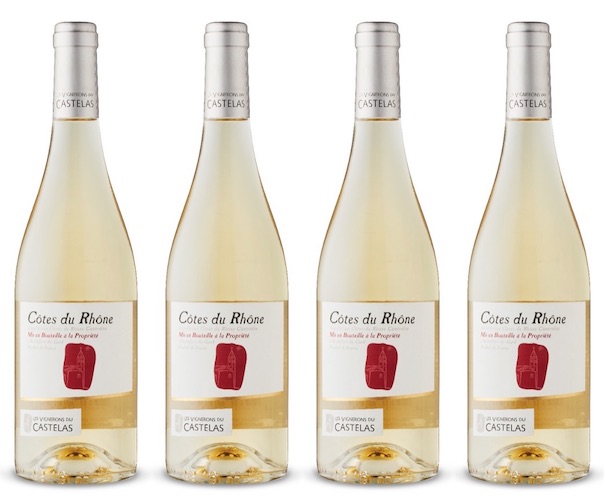